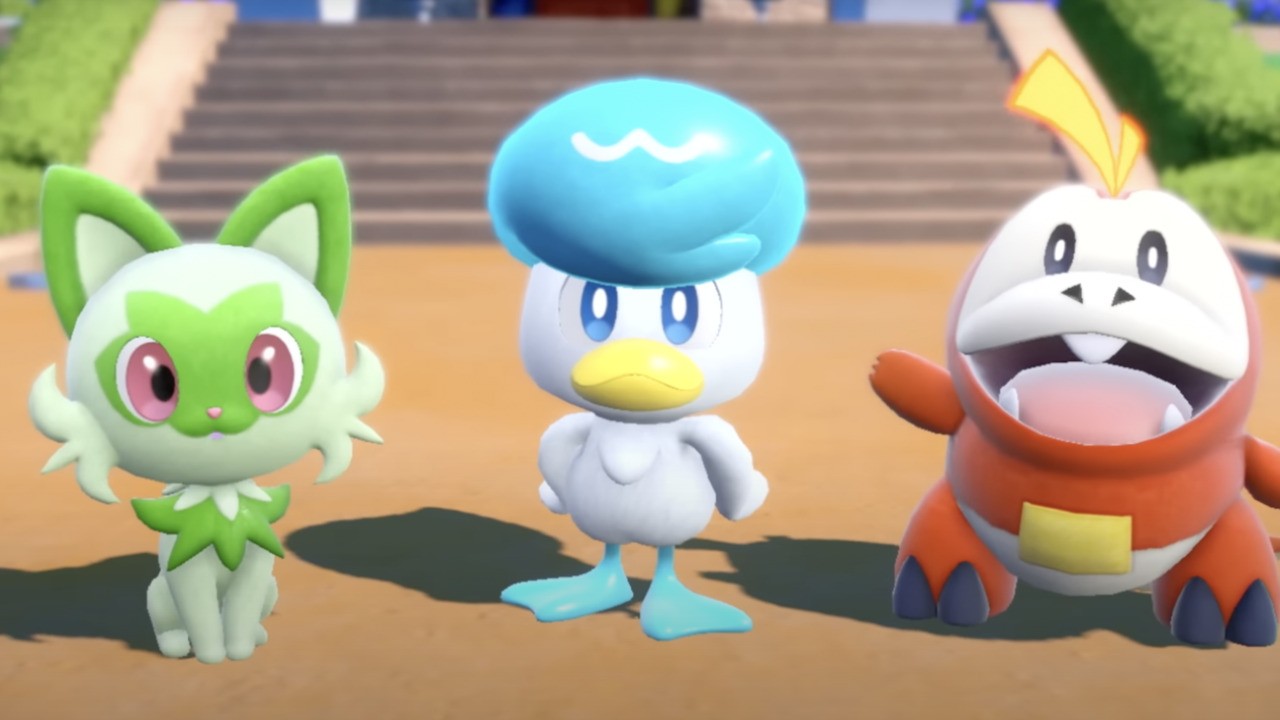 We’re going to be honest with you for a moment: we really miss the 2D art style of the older Pokémon games. There’s just something timeless about it, right? Not to mention there was a distinct lack of discourse around the graphics back in the day (okay, perhaps a slight resentment from fans at the slow evolution of the series’ visuals, but that’s about it).

Pokémon’s visuals, in this writer’s opinion, really peaked around Gen 5, which consisted of Pokémon Black and White, plus their immediate sequels. Now don’t get us wrong, we’re loving the look of Pokémon Scarlet and Violet so far, but we can’t help but wonder what such games would look like with the older pixelated visual style in place of the more modern 3D graphics.

Well, we don’t have to wonder any longer, as Reddit user CoffeeRacoon has taken the liberty of altering sprites from older generations to depict what the protagonists of Scarlet and Violet – along with the starter Pokémon – might actually look like if they appeared in the older games (thanks, GameRant).

We have to say, despite some clear differences between the sprites and their official counterparts (Sprigatito looks quite stern when compared to the more cheerful expression depicted in the official art), this is an incredibly convincing attempt at blending the old with the new. Indeed, we’d be more than willing to play a version of Scarlet and Violet with pixelated graphics – just imagine how lovely that would look!

What do you make of these particular creations? Are you happy with the way Scarlet and Violet looks visually? Let us know with a comment!

Xenoblade Chronicles 3 Reveals Details on the World, Its Characters, and More