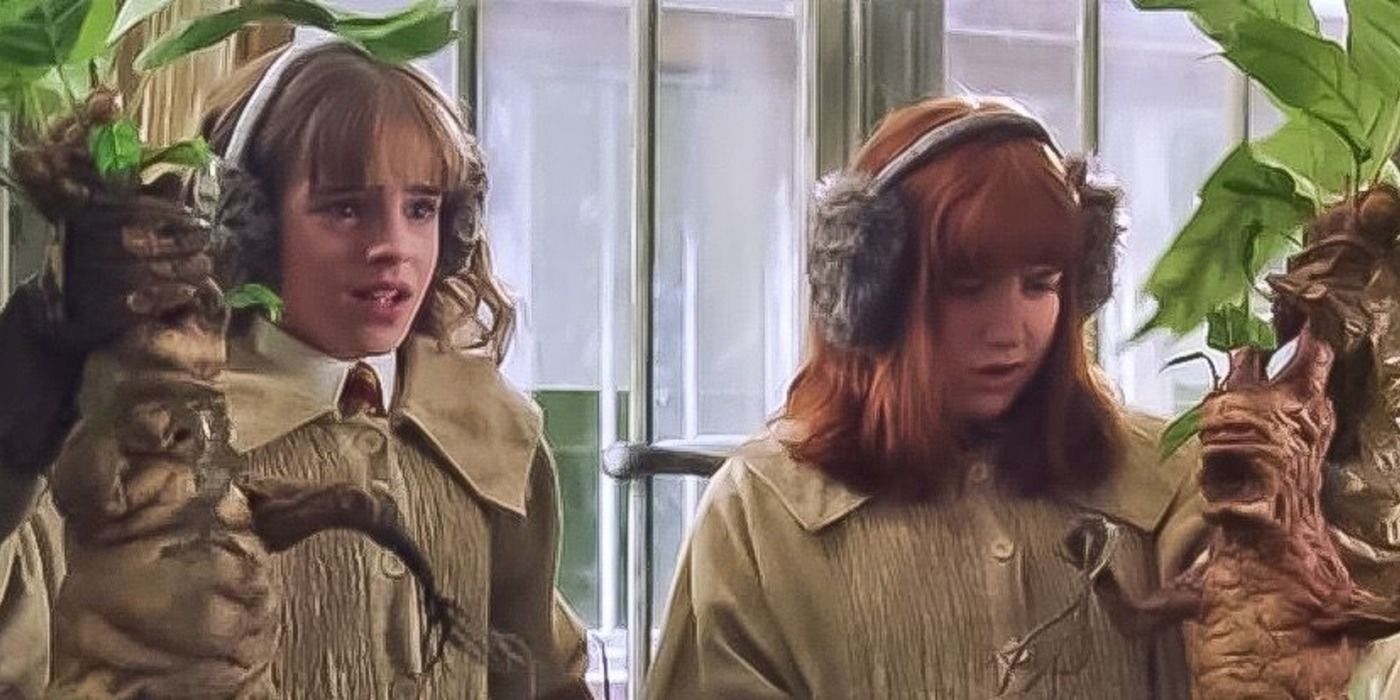 Ahead of the grand opening of the greenhouse, Harry Potter alum Tom Felton visited the greenhouse set and held an Instagram live, giving fans a glimpse of Professor Sprout’s classroom and shrieking mandrakes that can make you faint if you don’t cover up your ears. Other than the mandrakes, there are many exotic plants that are only seen in the Wizarding World, including the Venomous Tentacula hanging from the ceiling. Guests can become Hogwarts students and experience pulling out a potted mandrake as part of an interactive display.

The greenhouse set was first seen in Harry Potter and the Chamber of Secrets, which premiered 20 years ago. In the second installment of the Harry Potter series, we are introduced to an important Herbology lesson on mandrakes that becomes crucial in the later part of the story. Professor Sprout, played by Miriam Margoyles, is a fan favorite character since she encourages her students in class, and she’s a Hufflepuff. The second Harry Potter movie also introduced Draco’s father Lucius Malfoy, played by Jason Isaacs.

RELATED: All 8 ‘Harry Potter’ Movies Ranked from Worst to Best

Early this year, the Harry Potter cast gathered for a reunion special, Harry Potter 20th Anniversary: Return to Hogwarts. While most of the cast members were there, including the dynamic trio Daniel Radcliffe, Emma Watson, and Rupert Grint, the creator of the series was notably missing and was only seen through archival footage from 2019. While J.K. Rowling initially brought magic and wizardry into the lives of many, many fans, she has since turned even more fans away due to her ongoing transphobic remarks online, for which she was called out by several of the cast members.

The new feature Mandrakes and Magical Creatures is set to open on July 1 at the Warner Bros. Studio Tour – The Making of Harry Potter in London, and will run until September 12.