Long before NASA’s Perseverance rover touched down on the Red Planet on Feb. 18, one of its highest-level mission goals was already established: to seek out signs of ancient life on the Martian surface. In fact, the techniques used by one of the science instruments aboard the rover could have applications on Saturn’s moons Enceladus and Titan as well Jupiter’s moon Europa.

“Perseverance is going to look for a shopping list of minerals, organics, and other chemical compounds that may reveal microbial life once thrived on Mars,” said Luther Beegle, principal investigator for Mars 2020’s Scanning Habitable Environments with Raman & Luminescence for Organics & Chemicals (SHERLOC) instrument. “But the technology behind SHERLOC that will look for past life in Martian rocks is highly adaptive and can also be used to seek out living microbes and the chemical building blocks for life in the deep ice of the moons of Saturn and Jupiter.”

Enceladus, Europa, and even the hazy moon Titan are thought to hide vast oceans of liquid water containing chemical compounds associated with biological processes below their thick icy exteriors—very different environments from modern Mars. If microbial life exists in those waters, scientists may be able to find evidence of it in the ice as well. But how to find that evidence if it’s locked deep in the ice?

Enter WATSON. Short for Wireline Analysis Tool for the Subsurface Observation of Northern ice sheets, the 3.9-foot-long (1.2-meter-long) long tube-like prototype is undergoing development at NASA’s Jet Propulsion Laboratory in Southern California. It has been coupled to Honeybee Robotics’ Planetary Deep Drill, and this combination was successfully tested in the extreme cold of Greenland’s ice.

A smaller version of WATSON could one day ride aboard a future robotic mission to explore the habitability potential of one of these enigmatic moons. The instrument would scan into the ice in search of biosignatures—organic molecules created by biological processes. Should it spot any, a future version of WATSON, with the additional capability of collecting ice from the borehole wall, could then gather samples for further study.

By using deep-ultraviolet laser Raman spectroscopy to analyze the materials where they are found, rather than immediately retrieving ice samples and then studying them on the moon’s surface, the instrument would provide scientists additional information about these samples by studying where they are in the context of their environment.

“It would be great if we first studied what these samples actually looked like in their natural environment before scooping and blending them up into a slurry for testing,” said Mike Malaska, an astrobiologist at JPL and the lead scientist for WATSON. “That’s why we’re developing this non-invasive instrument for use in icy environments: to get a deep look into the ice and identify clusters of organic compounds—maybe even microbes—so they can be studied before we analyze them further and lose their native context or modifiy their structure.”

Although WATSON uses the same technique as Perseverance’s SHERLOC, there are differences. For one, SHERLOC will analyze Martian rock and sediment to hunt for signs of past microbial life that can be collected and returned to Earth by future missions for deeper study. And SHERLOC doesn’t drill holes. A separate tool does that.

But both rely on a deep-ultraviolet laser and spectrometer, and where the WATSON ice instrument has an imager to observe the texture and particulates in the ice wall, Perseverance’s SHERLOC is paired with a high-resolution camera to take close-up pictures of rock textures to support its observations. That camera happens to share the same name as the ice-exploring prototype: WATSON. In this case, though, the acronym stands for Wide Angle Topographic Sensor for Operations and eNgineering. (After all, any instrument with a name inspired to the famous fictional detective Sherlock Holmes is bound to inspire references to his partner.)

Just as SHERLOC underwent extensive testing on Earth before going to Mars, so must WATSON before it is sent to the outer solar system. To see how the instrument might perform in the icy crust of Enceladus and the moon’s extremely low temperatures, the WATSON team chose Greenland as an “Earth analog” for field tests of the prototype during a 2019 campaign.

Earth analogs share similar characteristics with other locations in our solar system. In the case of Greenland, the environment near the middle of the island’s ice sheet and away from the coast approximates the surface of Enceladus where ocean materials erupt from the small moon’s prolific vents and rain down. The mangled ice at the edge of Greenland’s glaciers near the coast, meanwhile, can serve as an analog for Europa’s buckled deep icy crust.

During the campaign to explore an existing borehole near Summit Station, a high-elevation remote observing station in Greenland, the instrument was put through its paces. As it descended more than 330 feet (100 meters), WATSON used its UV laser to illuminate the walls of the ice, causing some molecules to glow. The spectrometer then measured their faint glow to give the team insight into their structure and composition.

While finding biosignatures in Greenland’s icepack didn’t come as a surprise—the tests were on Earth, after all—mapping their distribution along the walls of the deep borehole raised new questions about how these features got where they are. The team discovered that microbes deep in the ice tend to clump together in blobs, not in layers like they originally expected.

“We created maps as WATSON scanned the sides of the borehole and the clustering hotspots of blues greens and reds—all representing different kinds of organic material,” said Malaska. “And what was interesting to me was that the distribution of these hotspots was pretty much the same everywhere we looked: No matter if the map was created at 10 or 100 meters [33 or 330 feet] in depth, these compact little blobs were there.”

By measuring the spectral signatures of these hotspots, the team identified colors consistent with aromatic hydrocarbons (some that may originate from air pollution), lignins (compounds that help build cell walls in plants), and other biologically-produced materials (such as complex organic acids also found in soils). In addition, the instrument recorded signatures similar to the glow produced by clusters of microbes.

There’s more testing to be done—ideally, in other Earth analogs that approximate the conditions of other icy moons—but the team was encouraged by how sensitive WATSON was to such a wide variety of biosignatures. This high sensitivity would be useful on missions to ocean worlds, where the distribution and density of any potential biosignatures are unknown, said Rohit Bhartia, principal investigator for WATSON and deputy principal investigator for SHERLOC, of Photon Systems in Covina, California. “If we were to collect a random sample, we are likely to miss something very interesting, but through our first field tests, we’re able to better understand the distribution of organics and microbes in terrestrial ice that could help us when drilling into the crust of Enceladus.”

The results of the field test were published in the journal Astrobiology in Fall 2020 and presented at the American Geophysical Union Fall Meeting 2020 on Dec. 11.

The detective aboard NASA’s Perseverance rover 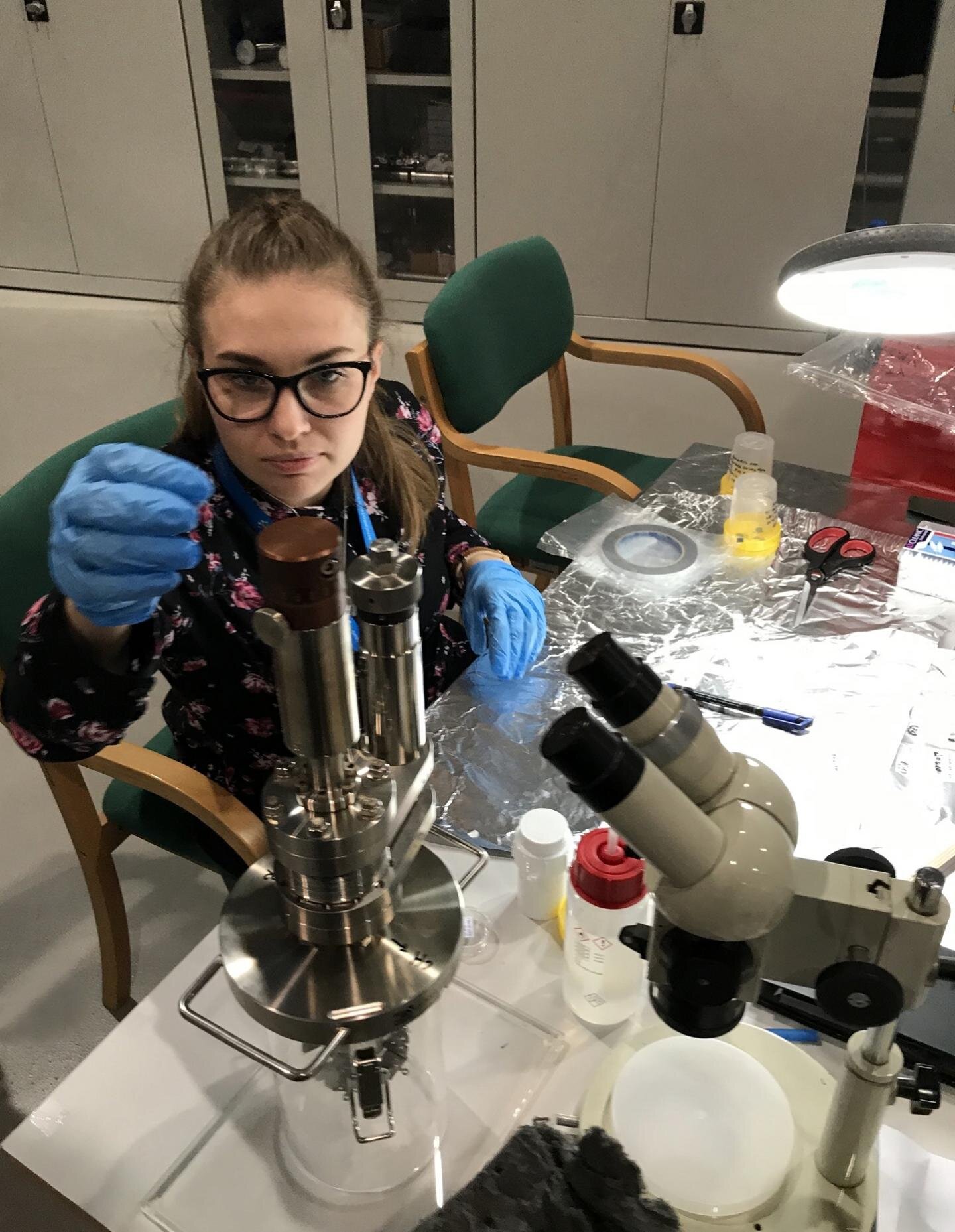 Did you know that Android smartphones can track sleep?

Google pays for news in the UK. And threatens to withdraw the search engine from Australia