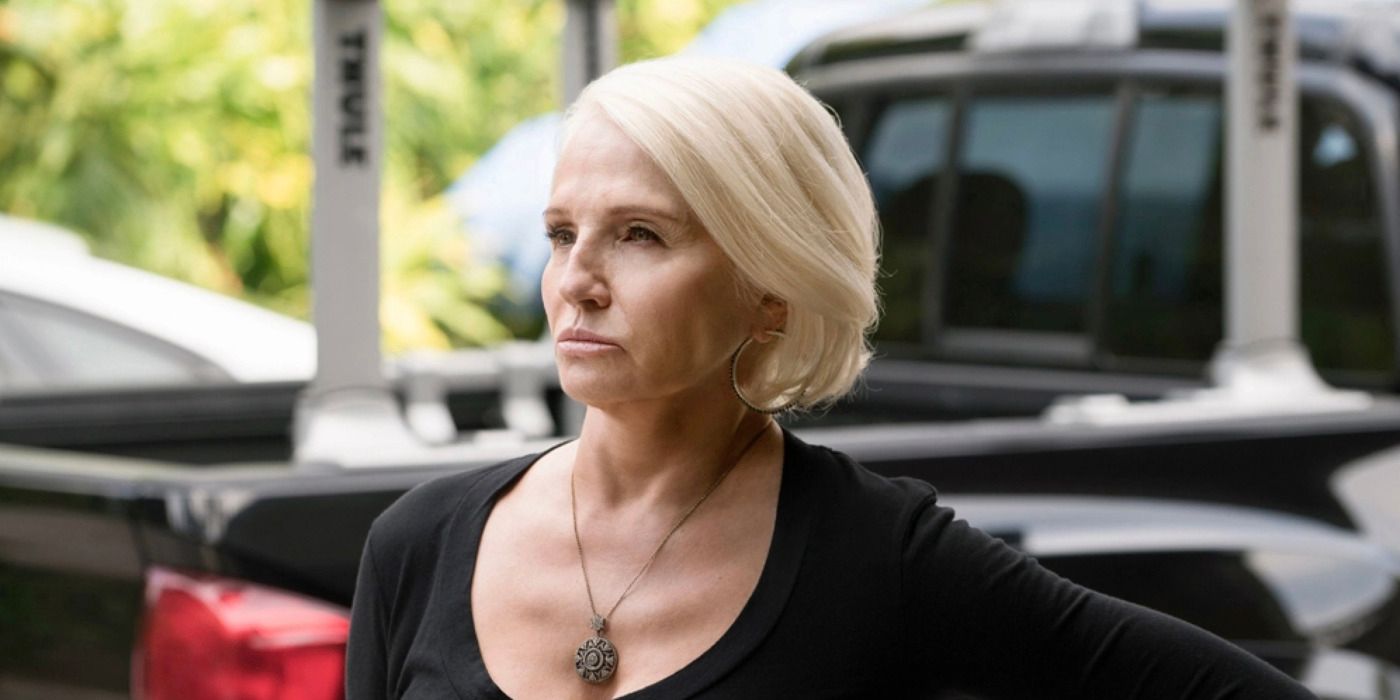 The cast of Rian Johnson‘s upcoming television outing Poker Face continues to grow. Veteran actress Ellen Barkin is the latest addition, as she’s set to star in an episode of the mystery series from the Knives Out director at Peacock according to Deadline. Barkin brings a long resume including an Emmy win that only adds to the star-power of the series.

Details of Poker Face are still being kept close to the vest by all involved, though it is believed to be an anthology-like series with a “case-of-the-week” format inspired by Johnson’s favorite classic crime dramas. Barkin’s role in her particular episode is unknown as well. More information will be unveiled as the show nears completion. Barkin joins the series’ lead Natasha Lyonne along with co-star Joseph Gordon-Levitt. Others on board the massive and highly decorated cast include Chloë Sevigny, Dascha Polanco, Lil Rel Howery, Adrien Brody, Stephanie Hsu, Benjamin Bratt, and David Castañeda. Most recently, the mystery series also added The Good Place and upcoming She-Hulk: Attorney at Law star Jameela Jamil along with Tim Meadows of The Goldbergs fame.

In Barkin, Johnson has another Emmy winner on board to carry Poker Face to greatness. Barkin picked up said honor for her performance in the 1997 television movie Before Women Had Wings, though she’s perhaps best known for her roles opposite Al Pacino in Sea of Love and Ocean’s Thirteen. She’s taken on a ton of high-profile roles throughout her varied career though, ranging from Fear and Loathing in Las Vegas to The Big Easy and the memoir adaptation This Boy’s Life alongside Robert De Niro and a young Leonardo DiCaprio.

Her career’s experienced a bit of a renaissance lately, starring in Animal Kingdom and Breaking News In Yuba County while preparing to appear in the Kevin Hart-headed The Man From Toronto and The Out-Law which also happens to feature her new Poker Face castmate Howery. As Janine “Smurf” Cody, Barkin demonstrated her continued prowess to lead and elevate a role in a crime drama, making her more than deserving of taking the reins on one of Johnson’s cases of the week.

Poker Face is expected to release sometime later this year.

Vampire Survivors 0.7.3 Has A Secret Character (It’s A Tree)

NCIS: LA’s Chris O’Donnell Opens Up About The Time He Thought His Wife…