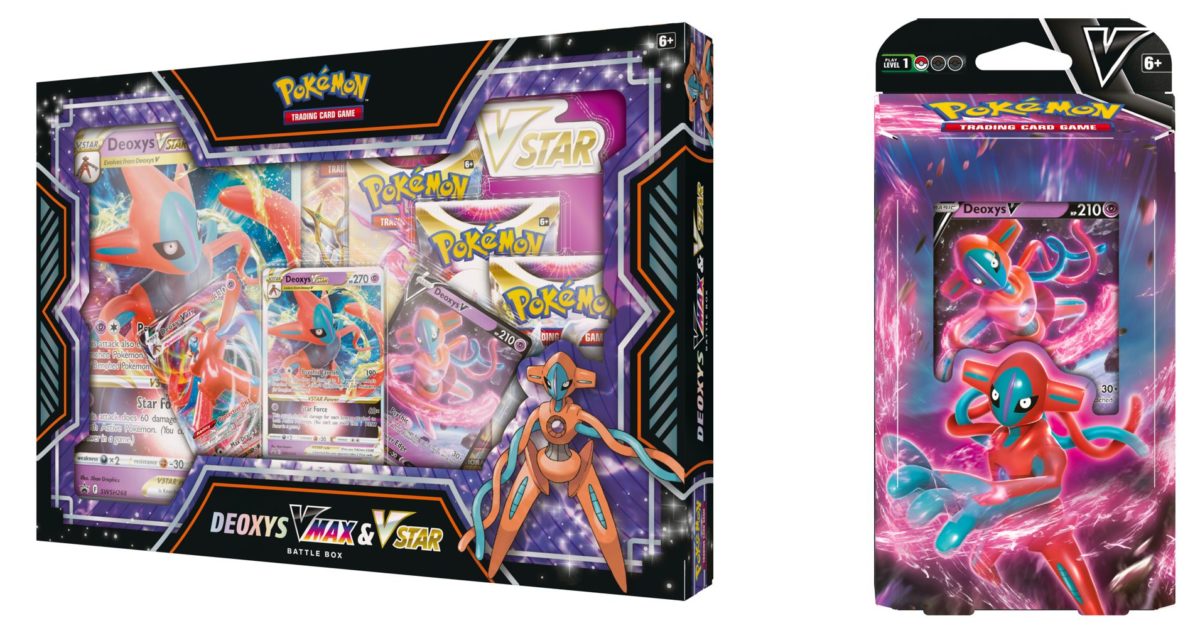 Yesterday, we showed off the Zeraora VMAX & VSTAR Battle Box. Now, we will reveal the equivalent product for Deoxys VMAX & VSTAR, which releases on the exact same day. It makes sense that we see the English-language version of these cards paired, as they were in Japan as well. Indeed, the Pokémon TCG Japan released two special decks featuring Zeraora and Deoxys where each Pokémon received a V, a VSTAR, and a VMAX. The English version of this release will not be a deck, though but will rather include packs. The Deoxys VMAX & VSTAR Battle Box will include four booster packs and three SWSH Black Star Promos: Zeraora V, Zeraora VMAX, and Zeraora VSTAR. It will be released on October 14th, 2022, for $29.99. The Deoxys V will also be released in the October 2022 V Battle Decks along with the Zeraora V. It will be the same exact card from the Battle Box.

In addition to this news, here is the upcoming slate of Pokémon TCG releases for the second half of 2022: