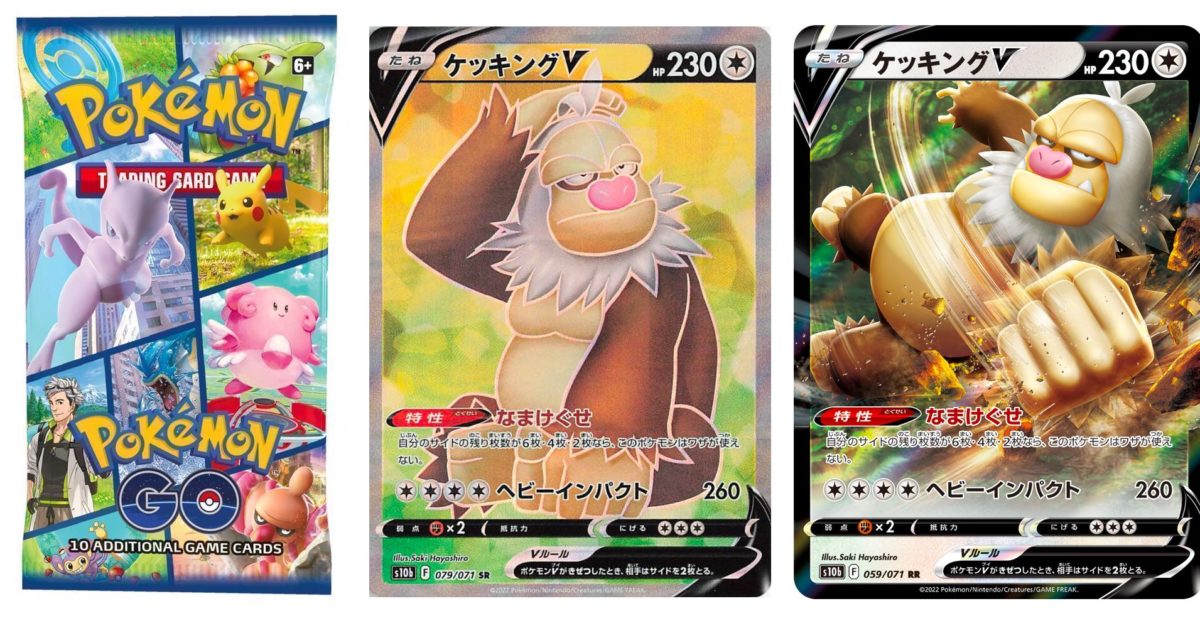 We’re finally starting to see cards from and promo cards associated with the Pokémon TCG: Pokémon GO collaborative expansion. This special set will begin to release on July 1st, 2022 in special, branded products including an Elite Trainer Box, Collection Boxes, a Premium Collection, and Tins. This set will focus on popular aspects of Niantic’s mobile game Pokémon GO with Trainers exclusive to the game, iconic items from the game including Lures and Gifts, and more. It was include Pokémon associated with the game and will utilize artwork that makes it seem as if the Pokémon exists in the real world. Today, we check out a Pokémon that has an unusually high CP in Pokémon GO.

It’s Slaking! This ultimate evolution of Slakoth gets a strong feature in the GO expansion with both a standard V by Saki Hayashiro which shows the lackadaisical beast throwing down a punch that is surely both slow-moving and powerful as well as a Full Art V by Hayashiro as well which depicts Slaking seemingly trying to do something even harder than battle: contemplate life. Slakoth had its own Community Day in the game which led to many Trainers evolving and powering up Slakings, making this Normal-type creature the highest CP Pokémon that many Trainers have. Slaking doesn’t have as much overall use in the game as many of the other high-CP species, so Slaking stories among players often come down to “I didn’t know not to max it out!” I didn’t know either, fellow trainer.

You can stay tuned for previews of Pokémon GO cards and promos as well as updates on everything Pokémon TCG right here at Bleeding Cool. Also, stay tuned for details on the current TCG Crossover Event happening during June 2022 in Pokémon GO which features the release of Wimpod and TCG Hat Pikachu.