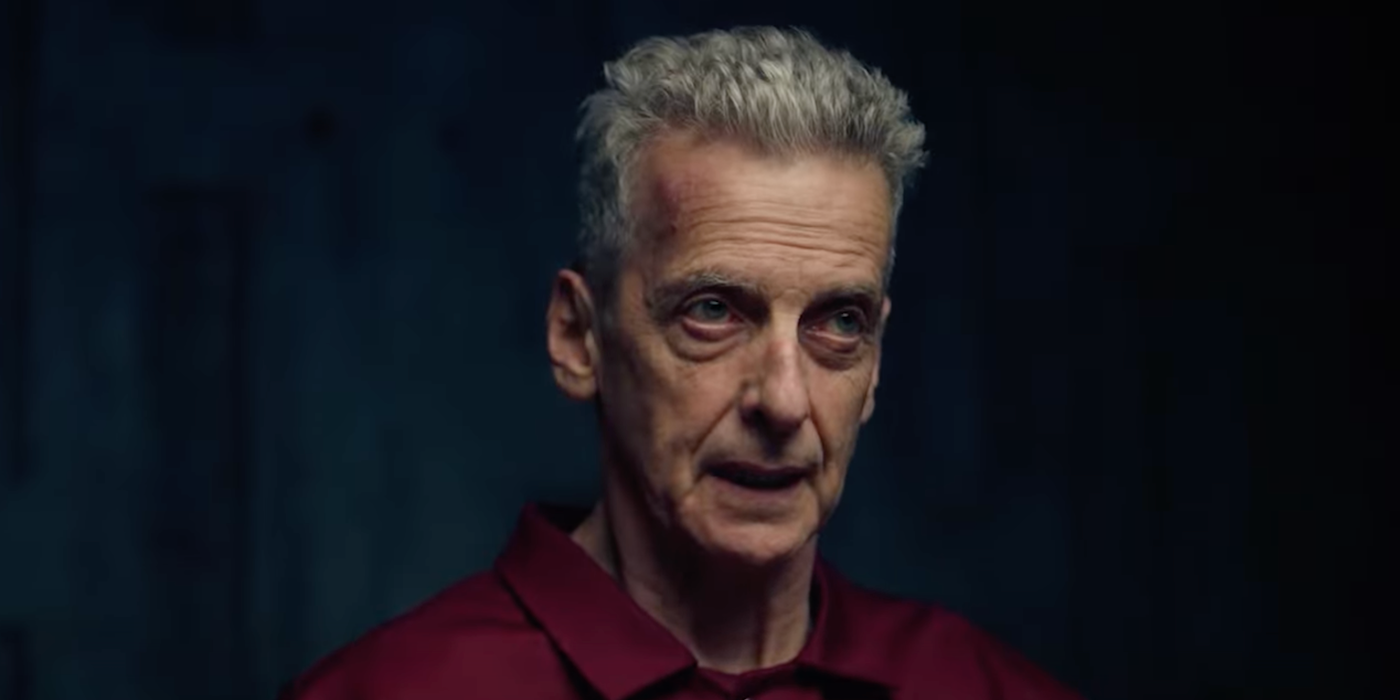 Doctor Who‘s Twelfth Doctor, Peter Capaldi, is presumably set to play another time-master role in Prime Video’s upcoming drama-thriller series, The Devil’s Hour, where the actor’s murder-obsessed character, Gideon, claims to be both a time traveler and a fortune-teller. Scheduled to premiere on October 28, the forthcoming series plays on the concept of the so-called “Devil’s Hour,” or when someone awakens at the hour between 03:00 am and 04:00 am and experiences unexplainably odd occurrences.

Capaldi plays a reclusive man who becomes the primary target of a police manhunt due to his homicidal fixation. In the trailer, the incarcerated Gideon explains to the terrified Lucy Chambers (Jessica Raine) how dreams and memories are connected to each other and how she sometimes feels like her “life isn’t her own.” Lucy awakens every night at exactly 3:33 am, and she struggles to make sense of her bizarre visions and the recent strange events, including her mother’s declining health, her son’s emotional unavailability, and the trail of horrible killings for which she is desperately seeking an explanation. Gideon, who has a “distorted relationship with time,” helps Lucy find the answers she’s been miserably looking for… but is he “playing a game,” or would they “play back” against him?

Capaldi previously explained via RadioTimes that the forthcoming show’s nature is quite stunningly grim, which may be rather entertaining. “Everything starts with the scripts and Tom’s scripts were wonderful and inventive and such a brilliant idea at the core. Kind of an aspect of it is that you should listen to your nightmares, because they may be communicating with you in some way,” the actor shared, teasing his character’s key role in Lucy’s life, saying, “Jess plays a character who Gideon has absolutely targeted. He is coming for her, he is coming for her child, he will not be stopped. But the reason that he’s doing it is not what you think… or maybe it is.”

The Devil’s Hour will be available on Prime Video on October 28, just in time for Halloween. Check out the terrifyingly mysterious trailer below.