Persona 3 Portable PC review — Do we really still need “Portable” in the title?

Persona 4 Golden randomly showed up on PC the other year. Naturally, this prompted the question: what is Atlus going to do about Persona 3? After all, there’s no definitive version of the game. Persona 3 FES has a bunch of extra stuff the original release lacked. The PSP version included quality-of-life changes and even more new stuff in addition to having the new episode of the former version of the game removed. So would we get FES or some kind of mixture of the two? Bizarrely, the answer (ha) was that we’d get an upscaled version of Persona 3 Portable on PC.

Depending on how you feel about the game, your reaction to this will be quite varied. I was perplexed for months by the remaster’s announcement. Persona 3 Portable is obviously a great game and all, but it completely omits much of the style, atmosphere, and presentation of the PlayStation 2 versions of Persona 3. And great pains were not taken to update it. All of the game’s non-Tartarus 3D segments are 2D backgrounds that you move a cursor on. Almost all of the cutscenes are static backgrounds with character portraits on them. And it still mostly looks like a PSP game, save for some adjustments here and there.

I can’t help but think that all — or at least most — of the quality-of-life changes that Persona 3 Portable brings (and there are some great ones) could have been added to FES with a bit of effort. Hell, people figured out a cheat code to let players control their whole party in FES years ago. A lot of faithful series fans probably would have been fine with the other changes being MIA. For instance, not only do you get full control of your party instead of hoping the AI does what you want, the remaster also includes the blocking mechanic which prevents characters from getting downed by their weaknesses, the ‘One More’ feature for the player and enemies, characters no longer get tired in Tartarus (which allows you to do the entire block in a single night), etc.

Those are kind of the tip of the iceberg, though. But they’re things that could have possibly been hacked into FES. The female protagonist (or FeMC or Kotone) would have been a bit of a different matter. Then there are the new social links and the addition of part-time jobs. But to be honest, I’ve always really liked many of the changes in Persona 3 Portable. I’m not actually all that bummed out about this being the version Atlus picked.

The non-Tartarus sections allow you to freely choose where you want to go. It’s similar to Persona 5 Royal, which I think gives the game a snappy pace. The scenes in Persona 3 Portable that replace the anime cutscenes, however, just don’t get the job done at all. I just watched them on YouTube as I went through the game, anyway. But don’t get me wrong: more should have been done with the port. That fact just doesn’t do anything to take away from how good of a game this is, even if any number of things would have made it even better.

On the other hand, I really wish the FES character models aside from the FeMC had been ported into the game. Fans will mod them in, probably alongside better Tartarus textures. But the real shame is that this is going to be a lot of people’s first experience with Persona 3. Those of us who’ve been playing the game since the mid 2000s have the full experience etched into our memories, but Persona 3 Portable mostly wrecks the game’s visuals. This absolutely looks like a PSP game, which is never a particularly good thing to say about playing a game on modern screens. No one’s gonna ever keep you down

However, I still find myself having a lot of fun while playing this game. The audio quality is at a very low bitrate (on the account of being a PSP remaster), but the sharp writing, moody story, and ever-engrossing flow of the social sim aspects partnered with the game’s dungeon crawling are part and parcel of what makes this series one of the absolute best in the medium. And it doesn’t hurt that the game still has some serious teeth.

Granted, it’s notably easier than the PS2 versions of the game, but I can’t deny the nostalgia. Playing it again took me back to my college days where I would go against some of these bosses hoping that my spells don’t miss, knowing that the slightest slip-up makes the difference between life and death. Although, the main difference between this remaster is that there are safety nets in place to soften that blow. You can change the difficulty at will now. More than that, you can customize it. I don’t recommend anyone use the mid-battle revives (which were also present in the PSP version), but getting to retry from your last floor instead of going back to your save is very welcome.

Persona 3 Portable probably isn’t what we were all hoping for, but we’ll need to see just what exactly modders will have up their sleeves after the dust settles. Regardless, this is a classic with the same wonderful gameplay we’ve loved for so long. It’s unfortunate that so many players will miss out on the game’s original presentation and more should have been done, but I can’t deny that I still have a great time all the same. Now would one of you please let me move the camera up and down? 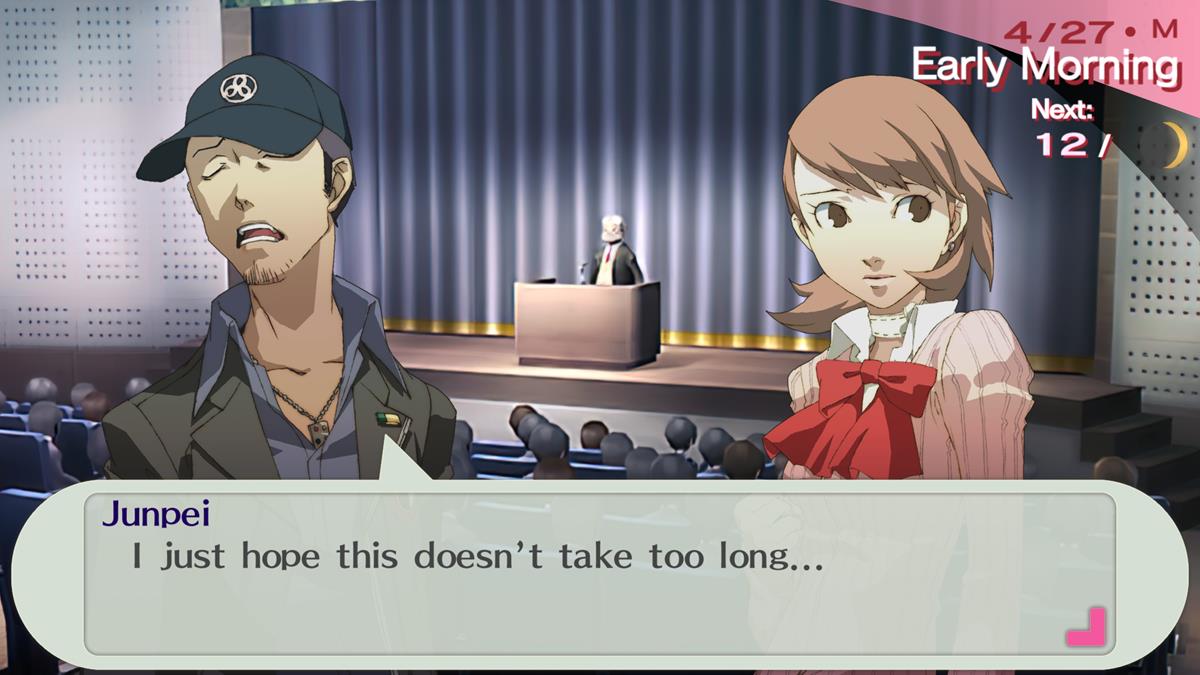 Lazarus Planet explodes with an ASSAULT ON KRYPTON