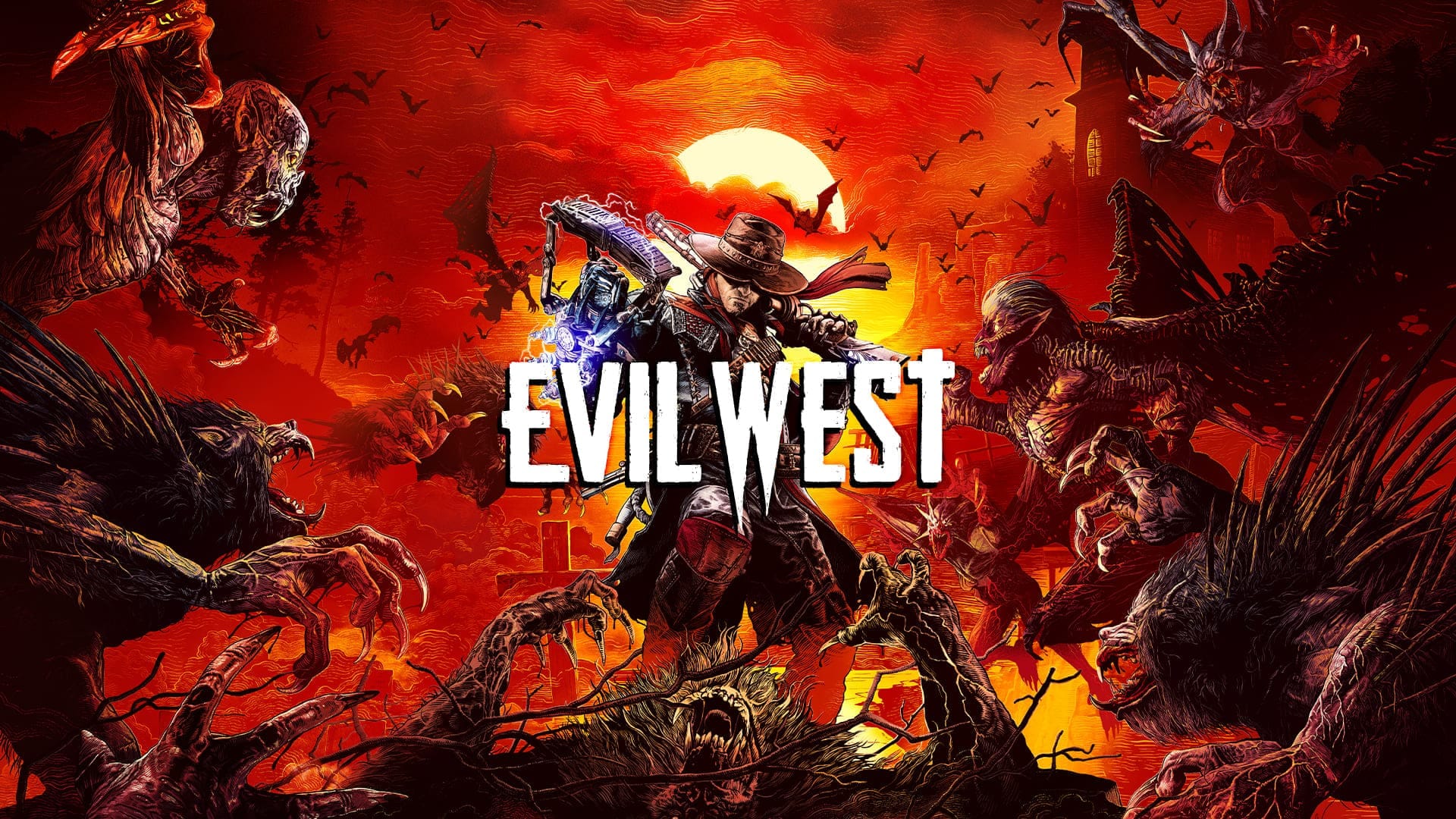 Nothing hits quite like the old American frontier. Tumbleweeds, revolvers, the wind kicking up dust in a two-horse town; it’s easy to imagine a picturesque scene of the Wild West. In Evil West, however, Flying Wild Hog has taken this romantic scene from yesteryear and infused it with supernatural, otherworldly threats, like vampires and werewolves. Gunning them down with a repeater felt pretty cool, but nothing beat bashing them in with a gigantic, lightning-fueled gauntlet.

The Evil West demo at PAX East featured a roughly 30-minute vertical slice of gameplay, culminating in a boss fight after some traversal, combat encounters, and very light puzzle mechanics. The encounters start off pretty simple, easing you into Flying Wild Hog’s take on Wild West gunslinging. The only weapons at my disposal were a four-shot repeater and a gauntlet for melee combat.

The third-person shooting felt pretty responsive, snappy, and rewarding, though if you know anything about Flying Wild Hog’s history, that should come as no surprise. The Polish development house has previously worked on the rebooted Shadow Warrior franchise, which featured equally fulfilling combat from a first-person perspective (if you can wade through the wang jokes).

However, things in Evil West get electric when you bring in the gauntlet. Your character is outfitted with this steampunk-looking right arm that roars with electricity. When you get in close, you can smack enemies around with a three-hit combo or hold down the button to send someone soaring with an uppercut — then dunk them back into the ground. A quick peek at the skill tree revealed a litany of melee attacks to unlock, so this system looks like it has the potential to be robust. It feels crunchy and satisfying to destroy monsters this way, and when mixed with the fast-paced shooting, you’ll find yourself swimming with options in every combat scenario. 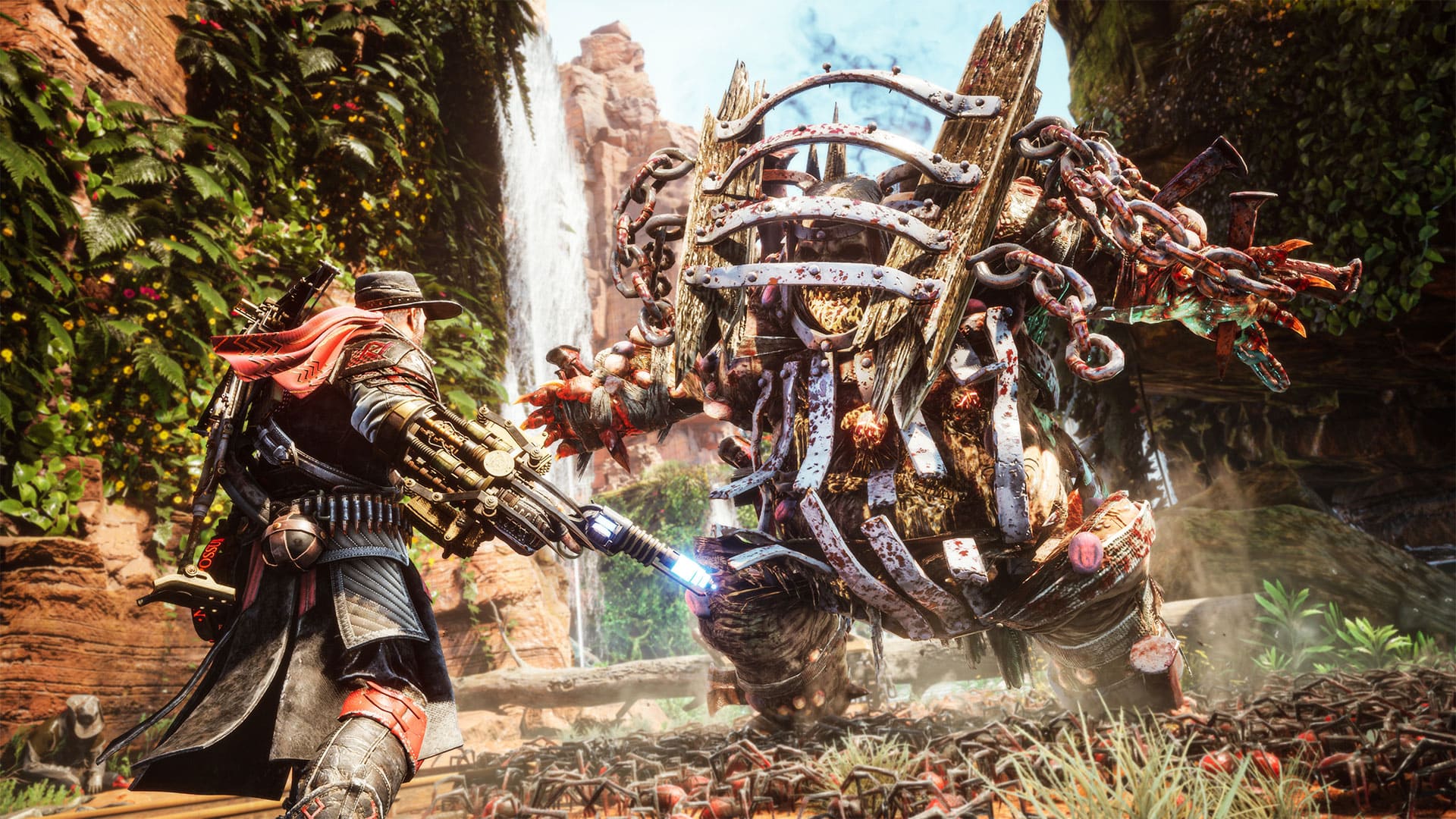 The variety in your toolbox comes in handy when you have to react to anything at a moment’s notice. Flying beasts fling fireballs while giant dudes swing axes, and that’s all happening while some swift-footed small fry swarm your space. You’re likely going to take some hits, and the only way to heal is with a regenerating health resource or to do a melee kill on a weakened enemy.

Much like Doom Eternal, after an enemy takes enough hits, they go into a vulnerable state and glow yellow. When you hit them with melee, your character will do a spectacular canned-animation finisher, spawning a healing item on the ground. That push and pull of risk and reward worked for the Doom Slayer’s gameplay loop, and it feels as exciting here in Evil West — at least, it does the first few times. After seeing the same animations used for the same enemy type, the charm slowly starts to wear off.

Evil West Has Lots of Potential

Nonetheless, I know I’m interested in seeing far more than 30 minutes when Evil West gets closer to release. The giant bat monster boss that caps off the demo hints at a lot of potential for fun, exciting combat moments in the full release. Its gimmick was that it could only be damaged by the gauntlet or critical shots. By limiting your options, the game forces you to learn your openings and be patient with your hits.

Getting a grasp on its patterns took some getting used to, but figuring out the puzzle felt as engaging as it does in a soulslike. After all, only a few hits can down your guy, and when there aren’t any fodder enemies nearby to glory kill, you’re forced to play pretty safe, otherwise the fun will end.

And so far, it’s hard to say that I want to see the protagonists stay alive for their own sake. The main duo have some fun banter between them, but a lot of it felt pretty surface level. For the most part, they’re rough, gruff, tough dudes who are trying to solve a mystery that’s more interesting than them at first blush. 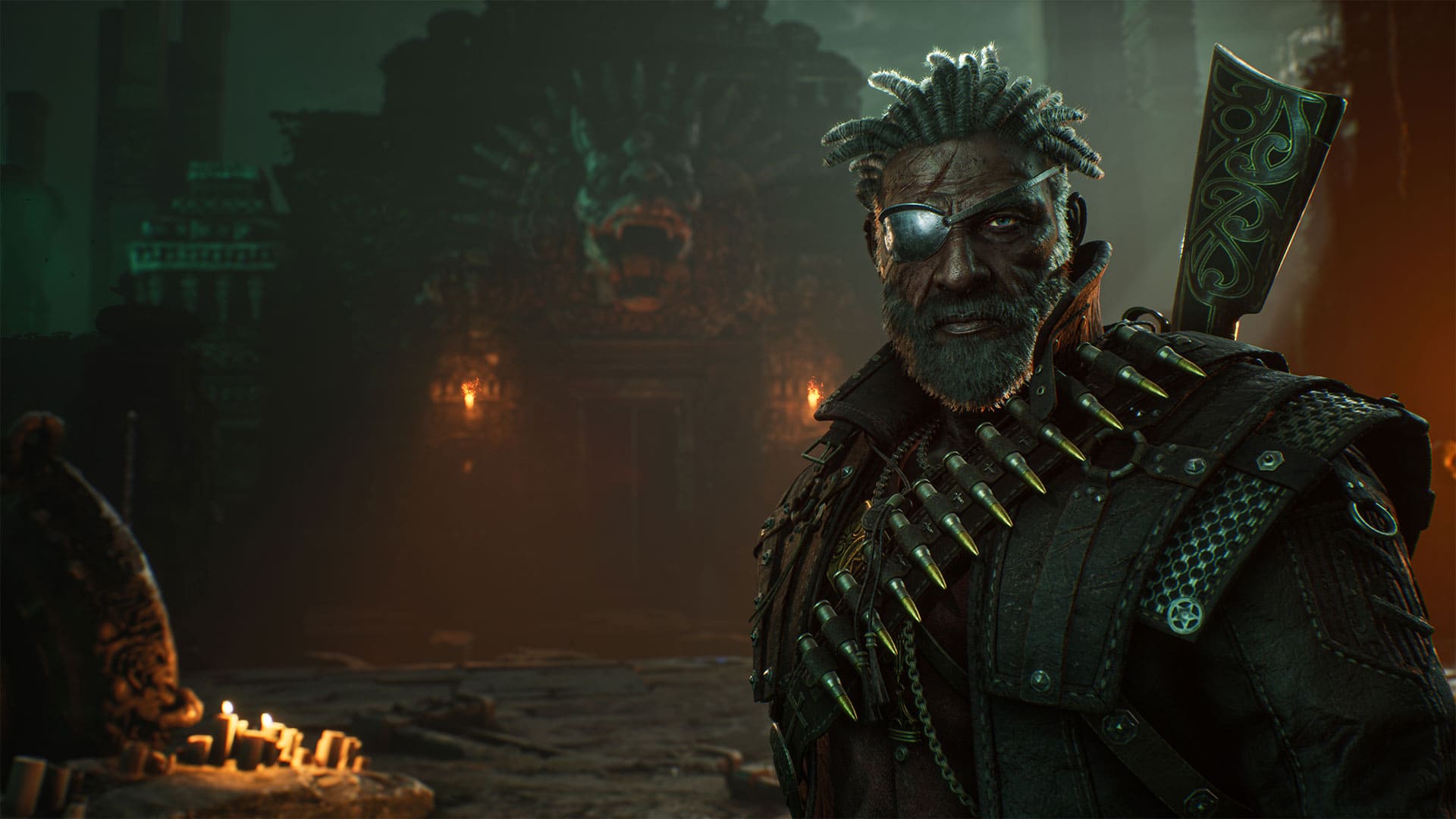 The demo hints at a larger story surrounding the protagonists, with little notes strewn about by what I can only assume is an antagonist of some kind. These notes hinted at a character who believes that whatever’s happening in the world is simply the next step in human evolution, raising a lot of questions about natural selection, especially when the world has become a little more supernatural — and mysterious. How did the vampires appear? What do they want? And what’s up with the steampunk super gauntlet?

Bear in mind, though, all of this comes from a short 30-minute slice of a game still in development. Flying Wild Hog could have a lot more in store for us when it comes to Evil West, and there’s still more work to be done before we can pass any final judgment. All I know is I’ll be eagerly waiting to see more of this weird, wild, arcane cowboy action.

Evil West is slated for a 2022 release on PC, PlayStation platforms, and Xbox platforms.