Party on Scarif with Vader and Palpatine 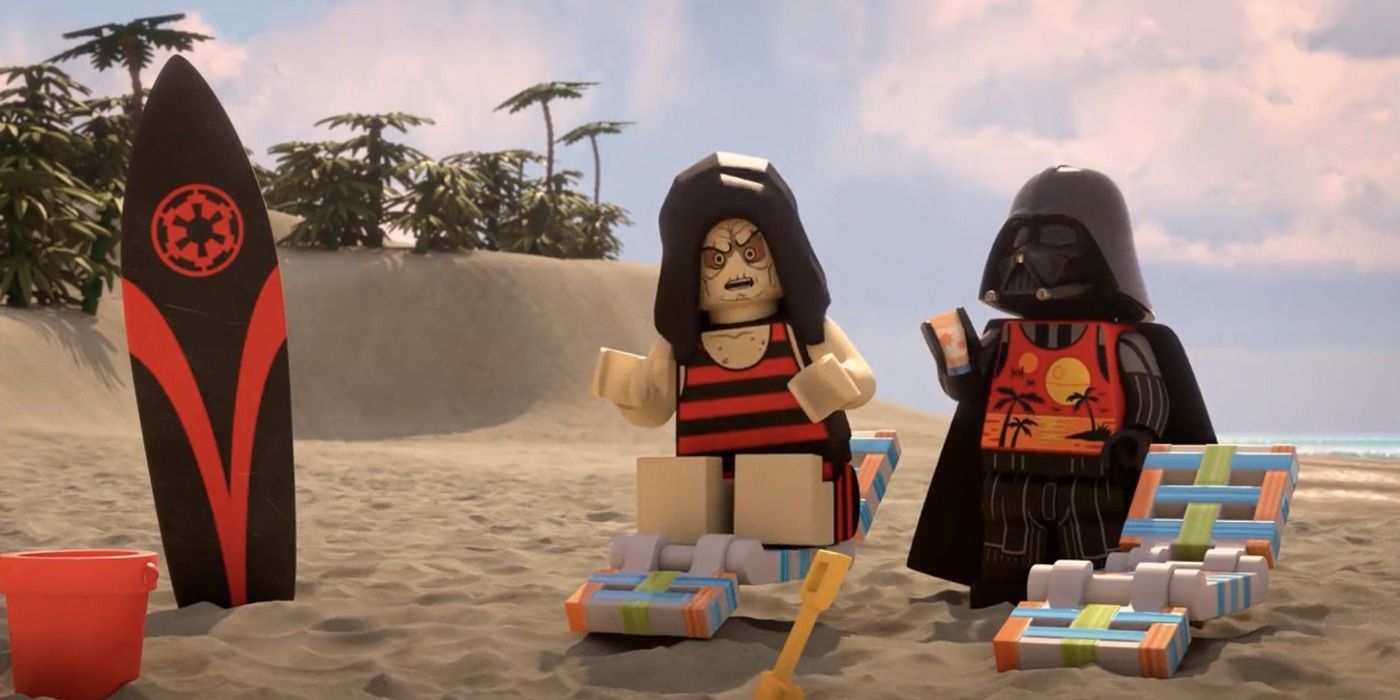 Pack your bags and don’t forget your lightsaber, because it looks like the upcoming LEGO Star Wars Summer Vacation special is about to take us to the beach in a galaxy far, far away (on the planet of Scarif, to be exact). Today the Star Wars YouTube channel today gave us a new clip from the beach festivities ahead for our favorite Star Wars characters. The clip was released just ahead of the film’s premiere on August 5, 2022. LEGO Star Wars Summer Vacation will be available to stream exclusively on Disney+.

The new clip shows Darth Vader partying on the beaches of Scarif. Ok, partying isn’t exactly the right word for what the black-clad villain is doing, but at least he is trying to have a good time. He even wore a beachy tank top over his black armor. However, the ever-prickly Palpatine is full of complaints about everything from the quality of the beaches to the crowds, to the entertainment. Eventually, Vader folds, admitting to Palpatine that he is miserable. As the two fight, we hear the musician, voiced by “Weird Al” Yankovic, playing for the crowd in the background. And the clip ends with Yankovic singing “blow up the beach”, which may or may not be a dark sign of things to come for the two vacationing villains.

The new special comes from Lucasfilm and the LEGO Group. It is the newest entry in the very popular series of cross-saga stories. The LEGO Star Wars specials first started with the LEGO Star Wars Holiday Special and continued with LEGO Star Wars Terrifying Tales. LEGO Star Wars Summer Vacation will take place shortly after the events of the film Star Wars: The Rise of Skywalker, and will feature many beloved characters from the film series.

A longer trailer for the special was released in June, and gives us more insight into all the adventures ahead for our favorite Star Wars characters, including a very unfortunate game of limbo. The new special comes just in time for the hottest days of summer, being released exclusively to Disney+ on August 5. Until then, however, you can check out the new Scarif beach party clip below:

Crypt Of The Necrodancer Comes Back From The Dead With Co-Op, New Characters, And A Sequel