Paris Berelc Leads an All-Girls Esports Team to a Win 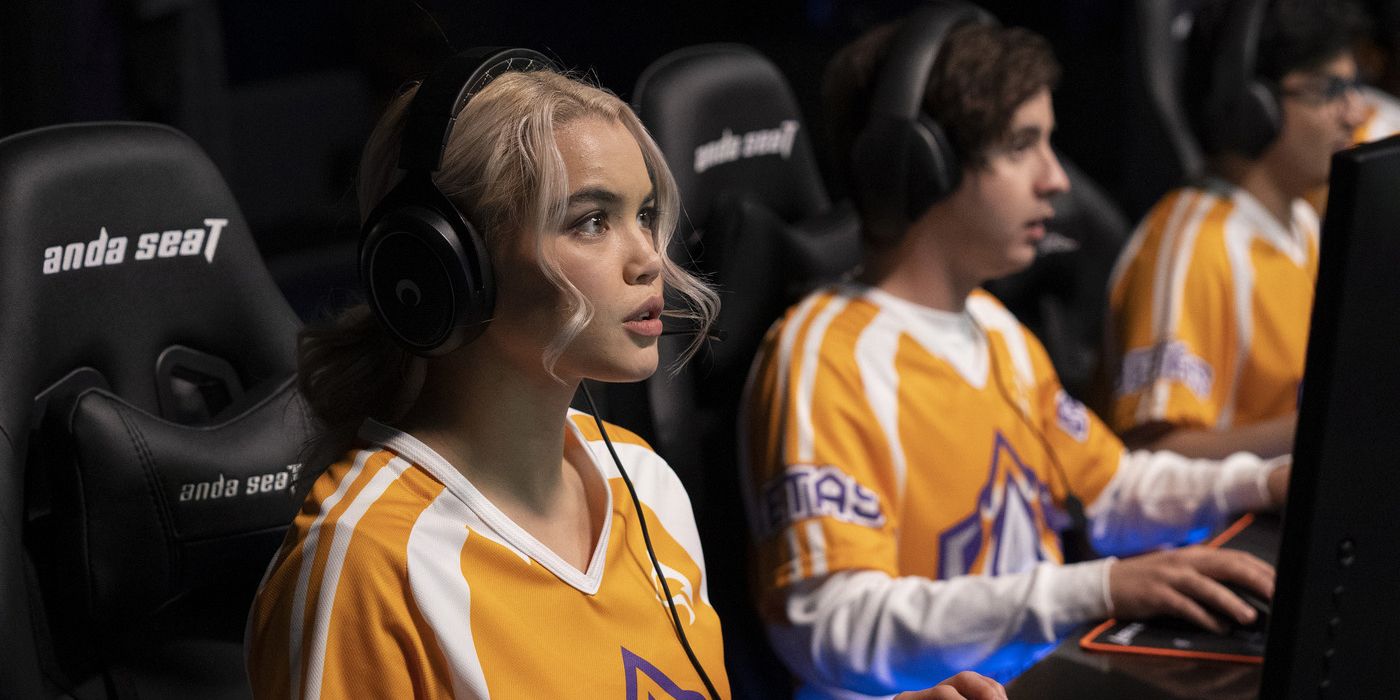 Collider is excited to unveil an exclusive trailer for Kyle Newman‘s new film for Prime Video 1UP, a tale of one girl’s journey to form an all-girls Esports team and take down the sexist boys group that cast her out. The trailer sees Paris Berelc (Hubie Halloween) round up a group of girls that are ready to game and finds a coach in the form of her professor (Ruby Rose) to train them ahead of the big matchup that will decide not just the fate of their team, but their fate in the school. The film is set to release exclusively on Prime Video on July 15.

The footage properly introduces Vivian Lee (Berelc), aka V, a varsity Esports player who breathes gaming. It’s all she does day and night with hopes of carrying her team, The Betas, to success. Unfortunately for her, The Betas suck. Despite being a nationally ranked player on her team, her male teammates don’t see her for her skills but only allow her on the team because she’s a girl. They are the epitome of “git gud scrub” obnoxious male gamers. Team leader Dustin (Taylor Zakhar Perez) is particularly degrading and won’t take fault for his mistakes, all pushing V to, understandably, quit the team in disgust even if it means putting her scholarship in danger. She has only one course of action to keep it – form a new varsity team. With funding only available for one team, her path runs straight through The Betas.

The rest of the trailer is essentially a training montage as part of V, her friend, and their new female teammates’ revenge arc. At first, things don’t go well with The Betas trouncing them, but no good revenge arc starts without the heroes at their lowest. This ragtag group finds their savior in their professor who gives them a new name, The 8-Bits, and all the old-school gaming training they need to succeed. Her methods are unconventional, ranging from live-action role-playing to creating a “realistic” Beta dummy to focus their anger on, but it’s enough to prepare them for nationals, and for The Betas.

Newman directs and also has a part in the film with Julia Yorks (The Adventures of Puss in Boots) on board to write. 1UP marks Newman’s first feature behind the camera since his 2015 action comedy Barely Lethal. Newman is also known for working alongside major music artists, directing two videos for Lana Del Ray as well as for Taylor Swift‘s “Style.” The film is a collaboration between Lionsgate and BuzzFeed Studios.

1UP releases on Prime Video on July 15, 2022. Check out the exclusive trailer, a still, poster, and a quote from Newman about the film below.

I am beyond thrilled to share the trailer for my new film 1UP. (To my knowledge) It’s the first scripted comedy set in the very current world of eSports. My mission was to craft a film that does justice to modern gaming, as well as one that speaks to all generations of gamers. From Pong to League of Legends, Super Mario to Cuphead… the film is brimming with references and Easter eggs to arcade and console classics. It’s a pop culture bonanza!

Gaming is truly for everyone — but certain stigmas still permeate game culture. 1UP offers a very real commentary, in a heightened and comedic way, on those divides. And while 1UP is a gender comedy at heart, it’s also a sports film. As a filmmaker, it was a real challenge to invigorate life into watching people watch screens. But we developed a lively and kinetic visual vernacular which, I hope, pulls viewers in and showcases this exciting sport.

Everyone is also playing a new game in 1UP (Knights of the Elder Orb) and at times the story takes us into that game which provides for some truly memorable scenes. The film boasts over 1100 VFX shots and nearly 4 minutes of animation (in a multitude of styles). It was a beast of a film to shoot in just 25 days on a tiny budget, to say the least.

It was pure joy to work with this gifted cast (anchored by Paris Berelc, Ruby Rose, Hari Nef and Taylor Zakhar Perez) and the forward-thinking Richard Reid at Buzzfeed Studios. I really believe we’ve crafted a story that gamers can be proud of — I know we are.