The Earth Bender, the heavy hitter, the insurmountable Mountain. The Devastator class in Outriders can be a force of nature on the battlefield; like tanks in other titles, they are built to absorb as much damage as possible, but unlike their more passive relatives, they can return that damage tenfold back on their enemies.

While Outriders might look like another sci-fi shooter, its healing system and classes don’t conform with the standard formula. For those looking to build the best Devastator possible, we’ve got the guide to walk you through exactly what skills, equipment, and traits you’ll want to focus on.

How to Play Devastator

Devastators are the tanks of Outriders, but they have a few obvious differences compared to tanks in other games, which can be boiled down to how they heal. Whenever a Devastator gets a kill at close range, they’ll receive some health back, which means you’ll need to be at the very frontline and dealing as much damage as you’re receiving.

Devastators should always be at the very forefront of the battlefield, pressing their advantage straight down the line towards the biggest horde of enemies. Don’t be too worried about taking damage as you can endure it. Instead, do what you can to take the attention off any teammates and begin to remove any enemies.

Your skills are designed to keep you alive while taking damage, whether by increasing your armor or health, so you’ll need to manage these well to keep yourself topped up. Activating all your skills at once will probably take you to full health but isn’t as effective as staggering them between lengthy cooldowns.

You’ll be at your least effective when you’re far from the battlefield so make sure you know where the most intense part of the fight is, and do what you can to stay as close as possible to it. You’ll also want to be wary about wading too deep behind enemy lines without the support of your teammates. While you won’t need it often, you should always have the option of taking cover when things become a little too dangerous. On top of that, area of effect attacks can catch out Devastators, so be wary of elite foes throwing missiles or worse in your direction. 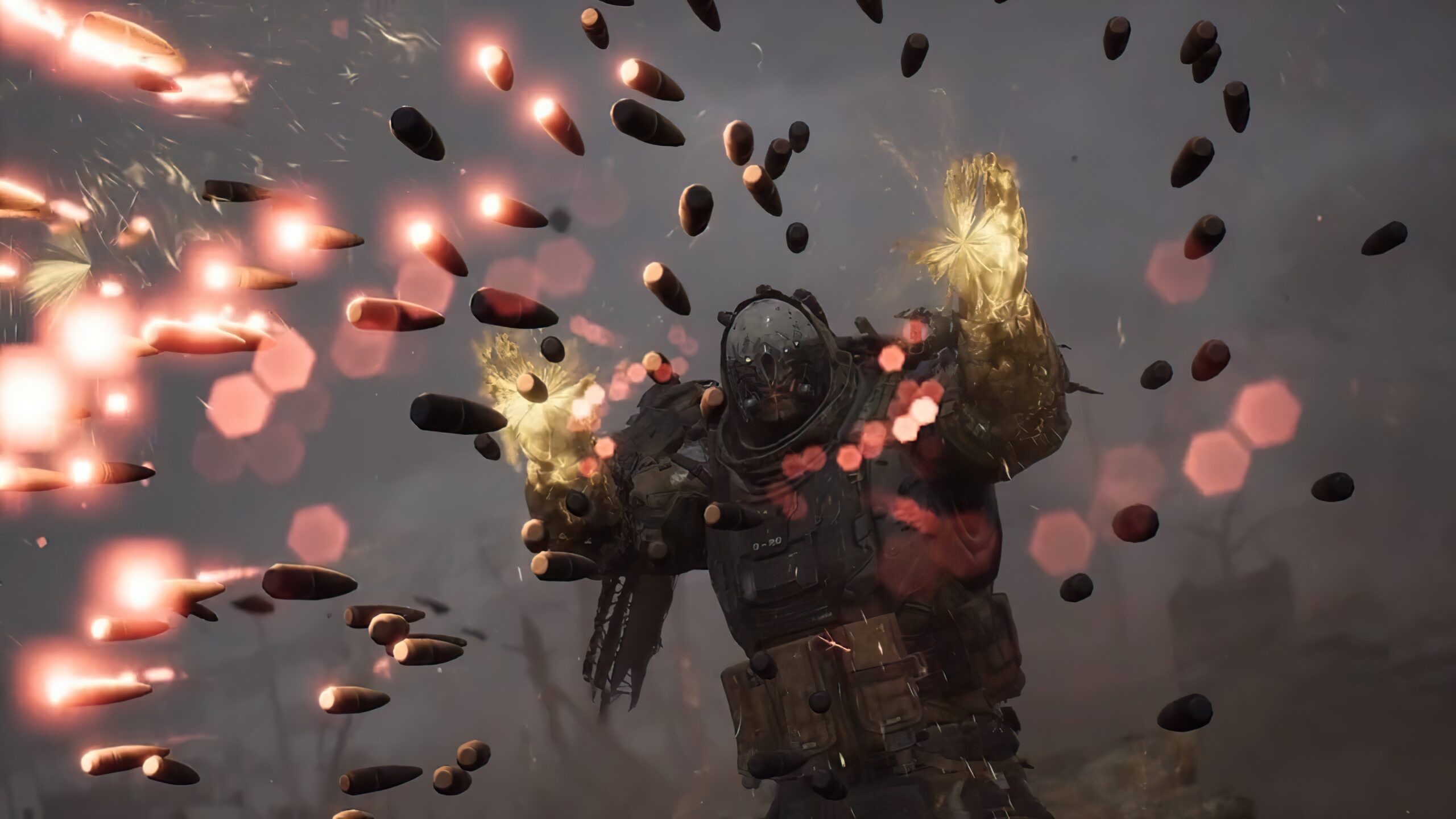 As the tank, the Devastators first job is to take as much damage as possible, but in the wide and varied battlefields of Outriders, that can be a little tricky. With eight skills to choose from it can also be difficult to work out which three are the best to choose, but for this build, we recommend using the following.

Golem: (protection) Fortify yourself against 65% of incoming damage for 8 seconds.

Gravity Leap: (kinetic) Leap into the air and strike your targets from above, dealing damage and interrupting enemies within a small radius of the area you land in.

Impale: (seismic) Select a target to interrupt their skills, inflict Bleed, and deal damage. If the damage is lethal, the enemy will be impaled, creating a zone that grants a powerful bonus to armour and health regeneration to all allies in range for 9 seconds.

It’s not hard to understand the benefit of the Golem skill, granting an incredible damage reduction. It has a reasonably long cooldown so you’ll have to learn exactly when to trigger it but it’s normally when an elite or large mob turn their attention to you. It’s also really useful coupled with a slow firing weapon to give you a chance to take out some enemies without getting knocked yourself.

Reflect Bullets isn’t a bad alternative, but it stops you from moving or returning fire which can make things worse for you rather than better. If you’re looking to use this, make sure you’ve got the Auto Reflect mod to keep you pressing the advantage and not allowing your enemies to surround you.

Gravity Leap also has a fairly long cooldown, but it’s the perfect tool to join the fight. You’ll want to use it as soon as the shooting starts to position yourself at the frontline and right into the front of the biggest mob of enemies you can see. While it does do damage, you don’t want to drop yourself behind enemies lines and getting surrounded. Instead, drop off the most advanced group of enemies and then finish them off with the rest of your arsenal.

Boulderdash is much harder to control and can often leave you deep behind enemy lines and getting damage from all angles. Because of this is not as effective or secure as the Gravity Leap.

Impale can not only interrupt a target but buff armour and regeneration health if used correctly, making it the most versatile skill in the Devastator’s playbook. Interrupting will block elites from triggering their abilities which can be lifesaving, even for tanks. Or it can be used to kill an enemy (which may need to be weakened with your guns first), which then grants extra armour and health to you and the rest of your party if they are in range.

On top of all of that, it also inflicts bleed, which you can stack with some weapon mods to deal extra damage. There is nothing so effective as this so make sure it’s in your arsenal for every fight once you’ve unlocked it.

The Devastator Tools of the Trade

Because the Devastator can stand its ground more than other close-range classes, you can feel free to wield the slower, more deadly weapons. You won’t need to worry much about fighting at range, but the option should still be there while you’re repositioning yourself as the battlefield shifts.

The shotgun is perfect for when you get close enough to your enemies, reducing the enemies numbers by one with each shot. Because you sponge up so much damage you can choose between the heavy-hitting pump-action or the wilder automatic shotgun. The latter can only be effectively used looking down the sights (so you’ll have to stand exposed) but can completely unload on an enemy at point-blank range, which is incredibly effective against an incoming elite. Your shotgun should definitely have the Life Steal ability, whatever type it is.

The Killer Medic mod can be really useful for the shotgun, keep an ally topped up and in the fight while you remove an enemy can change the balance of the battlefield quickly. Ruler of Leeches will also keep you in the fight for longer and shouldn’t be overlooked as a possibility.

Your second weapon should be the Light Machine Gun (LMG). This can often be slow to wind up, but deal incredible and sustained damage across a short or medium range. This makes it perfect for when you’re moving into the fight, or when you’re settled in nice and close. Like the automatic shotgun, you’ll probably need to be looking down sights which makes it all the more important to have good armour and health.

For mods on the LMG, you’ll want to look for things like Gale of Protection that can cover you while you’re running into the fray and The Cycle that increases your damage in line with your health regeneration.

When picking Armour you’ll want to focus on Armour and Health bonuses and then Firepower third. Your last concern should be the anomaly power number, as your skills are more focused on positioning yourself and your enemies where you can hit them.

You’ve got some great armour mods to choose from as a Devastator, but as always, you’ll want to focus on defensive skills that can double as offensive in your capable hands. Rejuvenation is a fantastic mod that increases your damage and defence for a couple of seconds every time you heal and should definitely be slotted into your armour somewhere. Mitigation From Death also grants an armour bonus for your kills, nicely balancing your role as bullet sponge and heavy hitter. What Goes Around can also be great at reducing your incoming damage passively.

When you want to turn the tables, look for mods like Personal Space that increase your close-range damage or Adrenaline for when things get too spicy. But the most important mods for your amour are Impaler and Restoration which increases the use of your Impale skill as well as the health regen gained from it.

There are three paths for the Devastator to walk down: Vanquisher, Warden, and Seismic Shifter. For your tank, though, you’ll want to focus on the Warden traits that keep you and any allies you have standing for longer.

Obviously, you’ll want to take all the armour and health bonuses you find along the path too, but along the way don’t forget to get Outrider Commander and Unbroken Vow that keep you and your allies fighting strong even in the most deadly situations. Just remember not to lie on Unbroken Vow’s life-saving gamble, it’s just there should the worst happen. 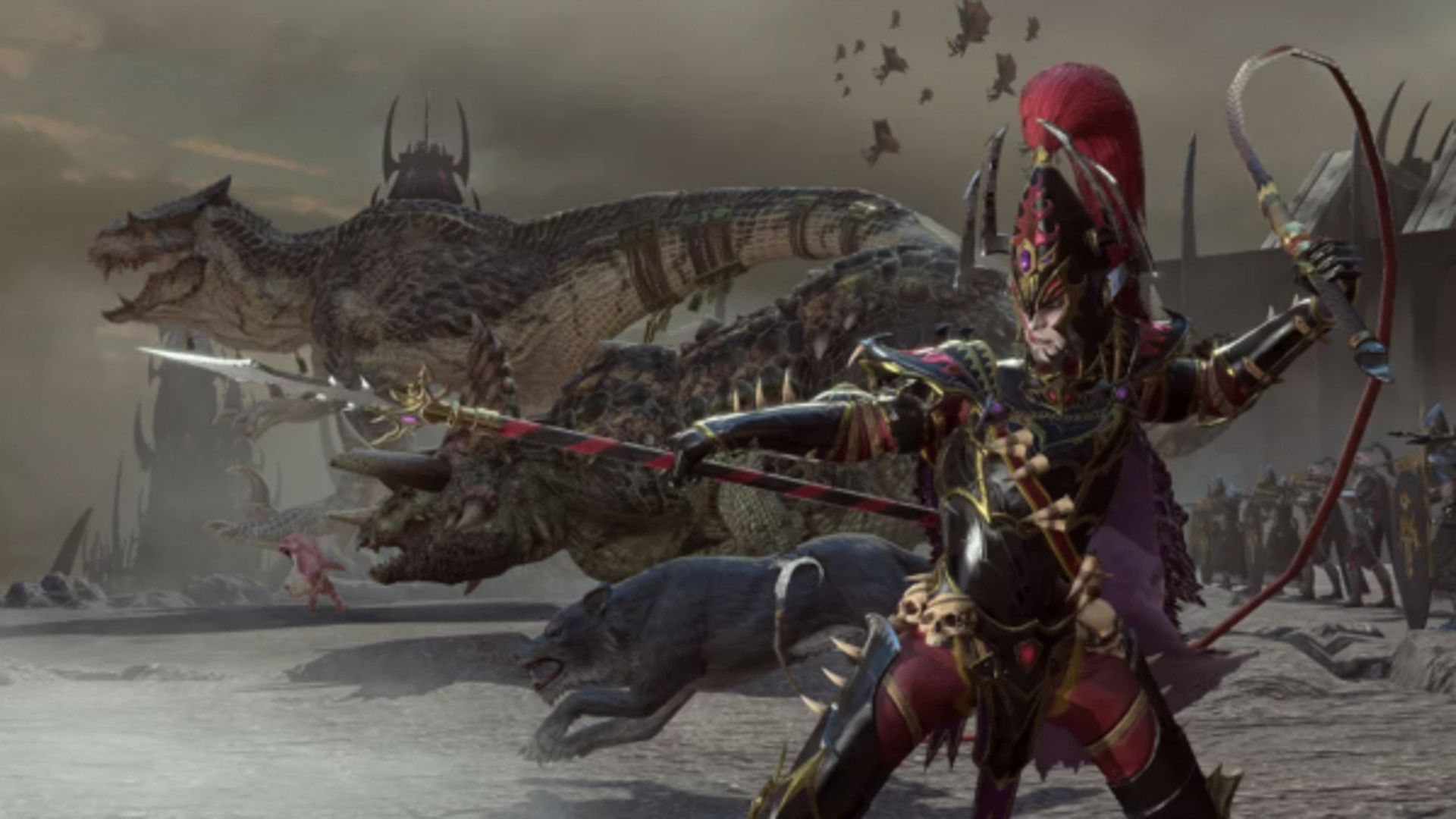 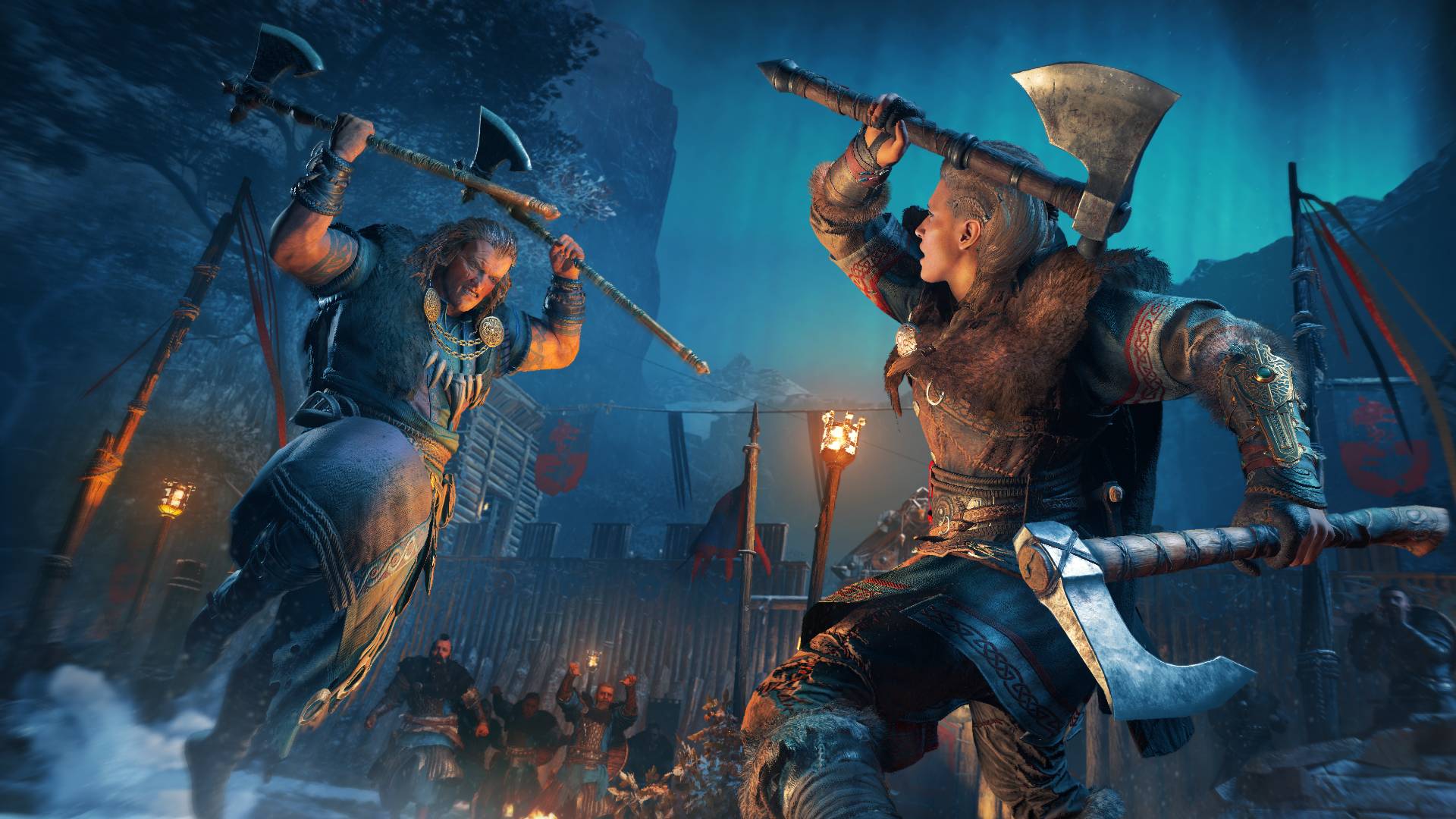