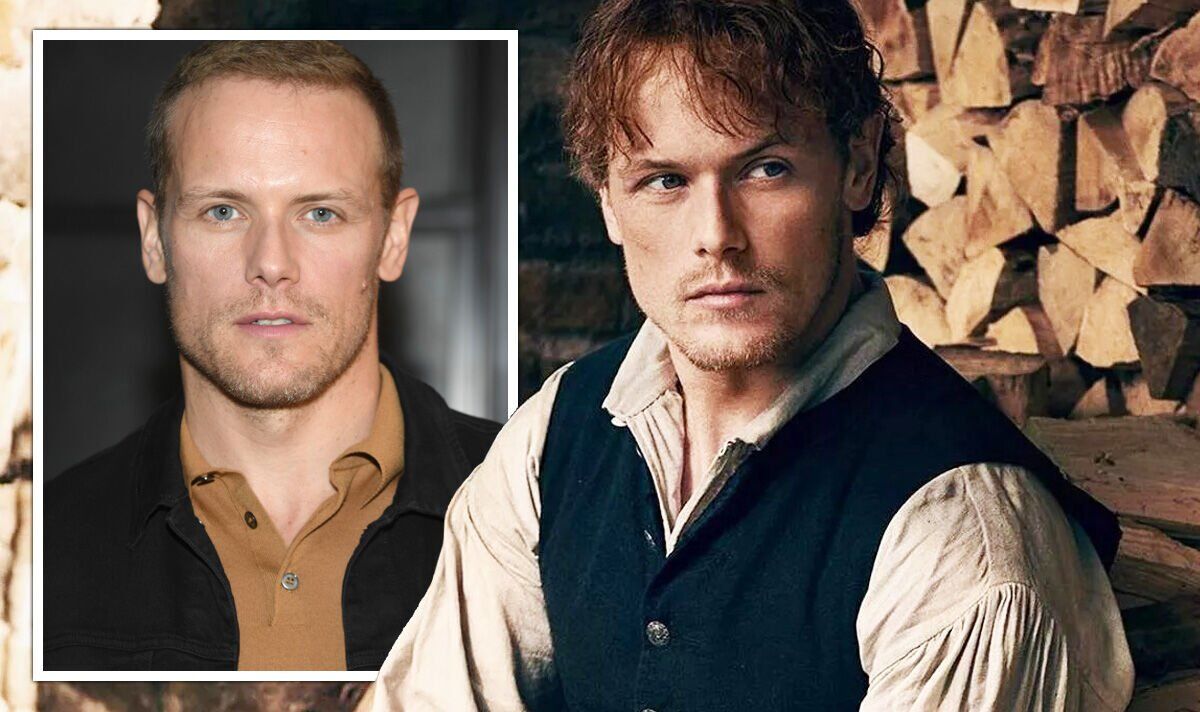 Scottish star Sam Heughan has embodied the rugged and capable persona of Jamie Fraser since the first season of Outlander hit screens in 2014. Although the actor has enjoyed immense success with his work on the popular Starz series, he is also still struggling to come to terms with the level of fame which comes from starring in a TV drama which has been watched by millions around the world.

Sam admitted his fame has been a “blessing and a curse” since his profile skyrocketed after landing the role of Jamie.

The TV A-lister has recently opened up about his journey from working actor to international superstar in his new memoir, Waypoints.

In Outlander, he stars opposite Caitriona Balfe as Jamie’s wife Claire and, together, they have become one of the small screen’s most recognised couples.

“It’s still a weird experience, because they don’t know me as Sam,” he wrote.

Waypoints details his many interactions with passionate Outlander fans he’s had over the years, all of whom have been eager to meet Jamie’s real life counterpart.

However, Sam admitted he still finds it hard to meet so many people who don’t know the real him.

“Well I mean, it’s a blessing and I guess also a curse, isn’t it?” he said in a later interview.

“You spend your whole life trying to get success as an actor and then when you do, I guess people find it hard to disengage that character with you.”

“But also, it’d be nice at some point to be able to play those other roles and people to see a completely different character there or a different actor.”

He later elaborated: “Looking back, it has completely changed my life. It has taken over my life and it has been an amazing journey.”

If all goes to plan, Sam is expected to return for at least three more seasons after the seventh instalment, which is currently filming, wraps up.

Based on the original series of novels by Diana Gabaldon, one more book is still to be published to wrap up the 10-part saga of the Frasers’ adventures across history.

However, Sam is still hoping his career will continue to expand beyond the parameters of Fraser’s Ridge.

In recent years, he has also teamed up with his long-standing Outlander co-star Graham McTavish for their documentary series Men in Kilts, which will soon return for a second season.

He will also appear in the romantic-comedy It’s All Coming Back to Me with Celine Dion next year, and has been cast in the zombie video game adaptation, Days Gone.

Outlander seasons 1-6 are available on Starz in the USA and Lionsgate+ via Amazon Prime Video in the UK.