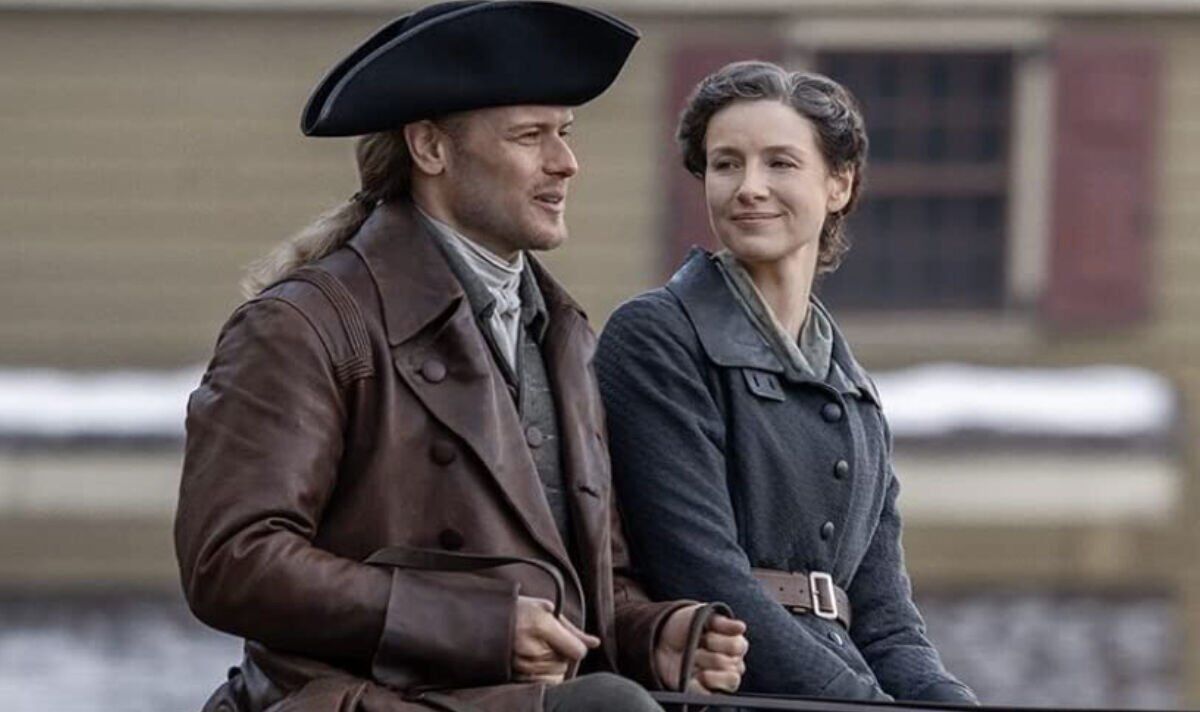 The seventh season of Outlander is on its way to Starz as the likes of Caitriona Balfe and Sam Heughan film the upcoming drama heading Claire and Jamie Fraser’s way. Fans have been given a few updates so far regarding the Starz drama, including that it will consist of a bumper 16 episodes, but the latest tidbit from author and creator Diana Gabaldon has left the fandom slightly deflated.

With a release date still under wraps for the next season of the Starz drama, Outlander fans are eagerly awaiting any news about the series.

Knowing season seven will double in length from the eight-episode-long sixth run, fans quizzed creator Gabaldon on whether the episodes will be released in one go on weekly basis.

Or, as is typical of a number of US series, will the seventh season be split into two eight-part halves?

Gabaldon was unable to shed some light on this, however, when asked by inquisitive fans on Twitter.

“I don’t think that’s a secret–Season 7 will have sixteen episodes, like Season 1,” she began on the social media site.

Outlander fan Lisa Z Hempelman then asked: “A question is will S7 air in its entirety, or will STARZ split it into two segment?”

However, Gabaldon revealed: “That’s up to STARZ. No official word as yet.”

Despite not being able to give any concrete information in her latest update, Outlander fans were quick to predict what will happen.

Elsewhere, Sandra Zygarlicke shared their hopes: “I hope 2 segments,so we don’t have a longer droughtlander!”

And Timothy Ferris concurred: “It will more than likely be split in 2, that’s the new network strategy to drum up ratings, they all do it now.”

For now though, fans will have to wait and see what Starz plans to do with the lengthy season seven.

There has been better news regarding season seven’s production recently, however, courtesy of lead star Heughan.

The Jamie Fraser star took to Twitter earlier this month to shed light on how filming is going and where the cast and crew are up to.

“End of another block of shooting! Halfway through the season,” Heughan excitedly penned to his 764.1k followers.

Teasing the action in store, he added: “Some really special moments and epic scenes. Season 7 will be with the wait…!”

Outlander seasons 1-6 are available to stream on Starz in the USA and Starzplay in the UK now.