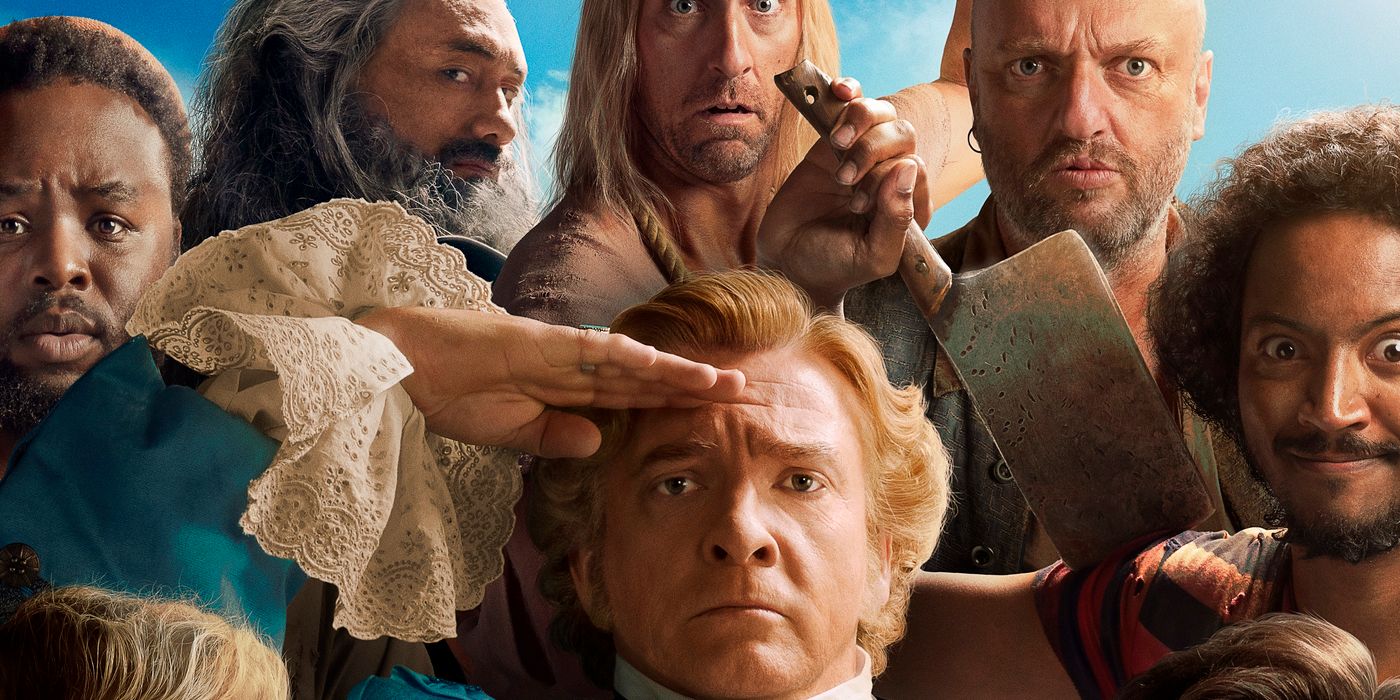 Schutte, who plays the Revenge’s cook, Roach, took to his personal Twitter page to share an image of his set chair with his character’s name written across the back. Joining the black-and-white image was the caption confirming that filming has begun, saying “Day 1 ahoy.” This comes a month after series creator and writer David Jenkins released a tease from the upcoming second season when took to his own Twitter page to post an image of the script of Season 2’s premiere episode. Similar to that piece of news, the image provided by Schutte doesn’t give much away as far as what fans can expect for the series’ return, but it is good to know that the filming process is officially underway.

Taking place during the Golden Age of Piracy, Our Flag Means Death is a comedy series that is loosely based on the life of the Gentleman Pirate, Stede Bonnet (Rhys Darby). Leaving behind his simple and comfortable life in Barbados to prove himself as a pirate, Bonnet and his unlikely crew aboard his ship The Revenge go on many different adventures crossing paths with many famous characters of the time period, including Edward Teach aka Blackbeard, played by Taika Waititi.

RELATED: From ‘Jojo Rabbit’ to ‘Our Flag Means Death’: Taika Waititi’s Best Live-Action Roles and How to Watch Them

Joining Schutte as well as Waititi and Darby on the series’ cast are Nathan Foad, Samson Kayo, Vico Ortiz, Ewen Bremner, Joel Fry, Matt Maher, Kristian Nairn, Con O’Neill, David Fane, Rory Kinnear, Nat Faxon, Fred Armisen, and Leslie Jones. Waititi also serves as an executive producer on the series in addition to being a star on the show. He is joined in the position by series creator Jenkins as well as Garrett Basch and Dan Halsted. While HBO Max still hasn’t confirmed that all the supporting cast members are set to return, we already know that Guz Khan, who previously played one of Blackbeard’s crewmates, Ivan, won’t be returning to the role in Season 2.

Wordle answer today for Monday, 26th September: What is the word today for 464?

As Dusk Falls Creator Talks Choice, The Game’s Launch, And What’s Next