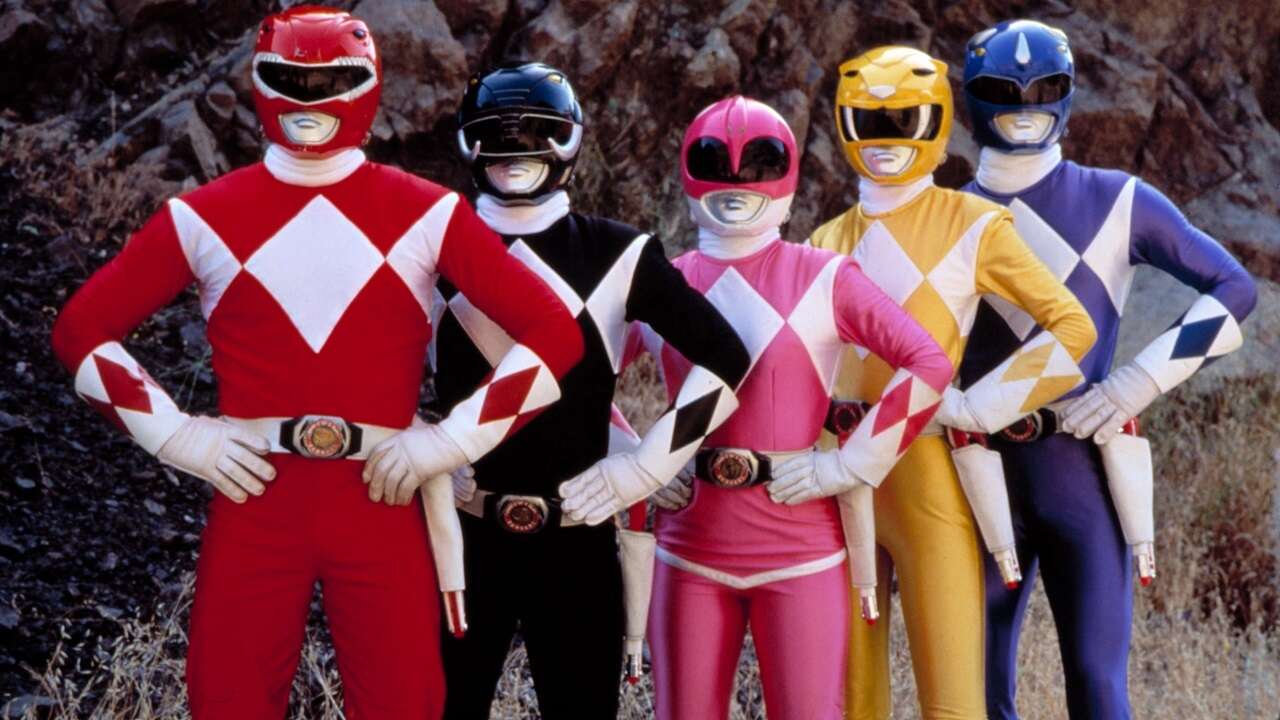 When Mighty Morphin Power Rangers premiered in America on August 28, 1993 on the Fox Kids programming block, it launched a pop culture juggernaut and became the greatest-selling toyline of the 1990s. Recycling footage from Kyōryū Sentai Zyuranger, the s16th installment in the long-running Super Sentai franchise in Japan, and Haim Saban’s first successful attempt at bringing the show to the states after his Bioman adaptation failed at launch.

Crossover episodes of seasons have occurred in the past with previous Rangers appearing in the concurrent season, even having huge episodes like the Forever Red special they made for the 10th anniversary. However, nothing compares to what Hasbro has in store for its colossal 30th-anniversary special, which has been in the works for months.

After almost three decades away from the franchise, original Rangers David Yost and Walter Jones are back as Billy and Zack and donning the colorful suits once again.

“We went through the audition process together and launched the Power Rangers franchise,” Yost explains to EW. “It was such a surreal experience to be on the set of Power Rangers again after 28 years.” EW also shared photos from the set of the duo, along with newcomer Charlie Kersh as Minh, confirmed as the daughter of original Yellow Ranger Trini Kwan, who was played by Thuy Trang. There’s also a look at the Radbug, the Rangers’ flying car that Billy invented in the first season.

Yost, the longest-running original Ranger, left the series in 1996 after four seasons and more than 200 episodes. The actor cited factors like harassment about him being gay being the biggest of leaving the show, not because of lesser pay as speculated in an interview in 2010. Yost has been doing the convention circuit for over 10 years and staying busy with numerous projects, including his own clothing line, but saying that suiting up with Jones again feels very special.

The special, titled Once & Always, is taken from the Power Rangers mantra “once a Ranger, always a Ranger” and will serve as bringing in former generation of Rangers together with the current team of Dino Fury as they evolve into the Cosmic Fury team with Pink Ranger Amelia (Hunter Deno) becoming the Red Ranger, a first in the Ranger color change event.

The special also features Rita Repulsa voice actor Barbara Goodson and voice of robotic sidekick Alpha 5 Richard Horvitz. There is no word if other original cast members are involved outside of Yost, Jones, Steve Cardenas, Johnny Yong Bosch, or Catherine Sutherland just yet. Also, no confirmation yet about any form of tribute for iconic Power Ranger actor Jason David Frank, who died last November from suicide.

Attack On Titan: The Final Season Part 3 Begins On March 3

Attack On Titan: The Final Season Part 3 Begins On March 4