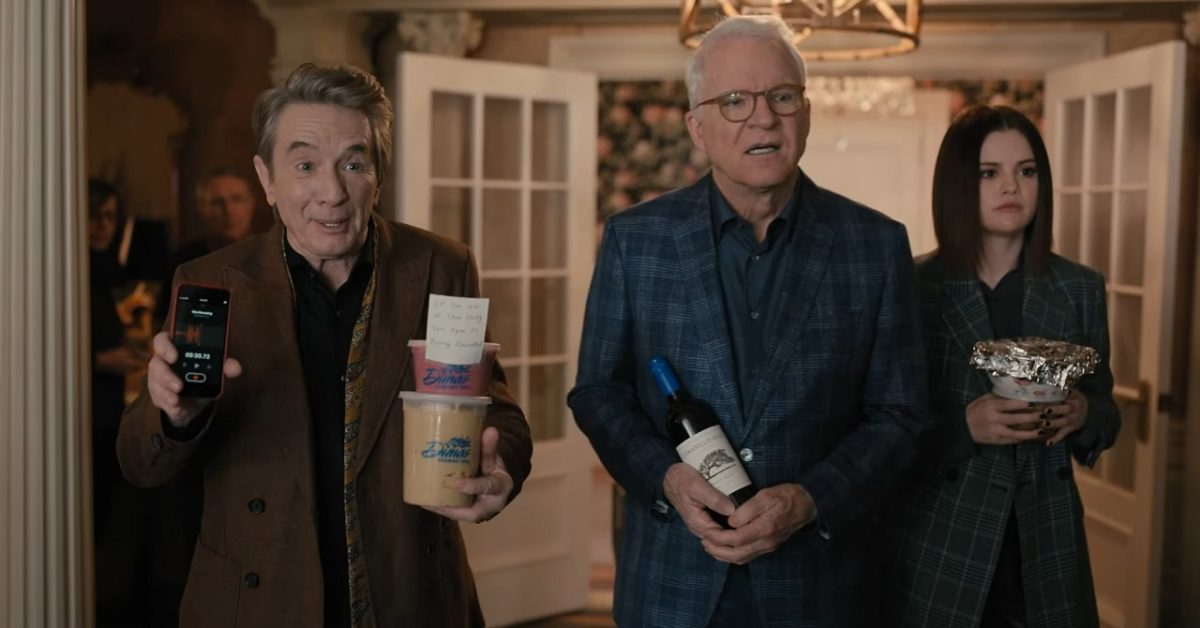 With a week to go until the second season of Hulu’s Only Murders in the Building hits the streaming service, we’re getting a new sneak preview of what’s in store for Charles (Steve Martin), Oliver (Martin Short) & Mabel (Selena Gomez). Following the shocking death of Arconia Board President Bunny Folger (Jayne Houdyshell), the trio must race to unmask her killer. Unfortunately, there are a few too many obstacles in their way to their liking. They’re publicly implicated in Bunny’s homicide (never a good thing), now the subjects of a competing podcast (ouch), and dealing with a bunch of New York neighbors who all think they committed murder. And that’s where the following preview comes in, as Charles, Oliver & Mabel look to pay their respects to Bunny… and end up getting roasted, for good measure.

With our favorite trio ready to crack the case one more time (because it’s true, how often does a true-crime podcast get a chance to record a legit sequel?), here’s a look at an official trailer for Hulu’s Only Murders in the Building (premiering on June 28th), followed by a look back at the previously-released teaser:

“‘Only Murders In The Building’ came in this year as an unexpected yet welcomed television surprise. Steve Martin, Martin Short, and Selena Gomez bring every ounce of passion for storytelling to each scene. The depth of comedy & mystery coupled with a genuine connection to characters never ceases to both surprise and amaze me,” wrote Bleeding Cool’s Britney Bender about the series during our look back at the best of 2021. “It’s one of those shows that was so perfectly meant for either week-to-week viewing or binge-watching because it knew its’ audience and didn’t dismiss how much a mystery aspect would be loved and appreciated. It translates the passion of a favorite thrilling novel, that you would find yourself quoting from daily and presents it perfectly in front of your eyes.” Now here’s a look back at what Martin, Short & Gomez had to say when the premiere date for the second season was first revealed.

Hulu‘s Only Murders in the Building hails from co-creators and writers Martin and John Hoffman (Grace & Frankie, Looking). Martin and Hoffman executive produce alongside Short, Gomez, This Is Us creator Dan Fogelman and Jess Rosenthal.

Baz Luhrmann says he has a four-hour cut of ‘Elvis’