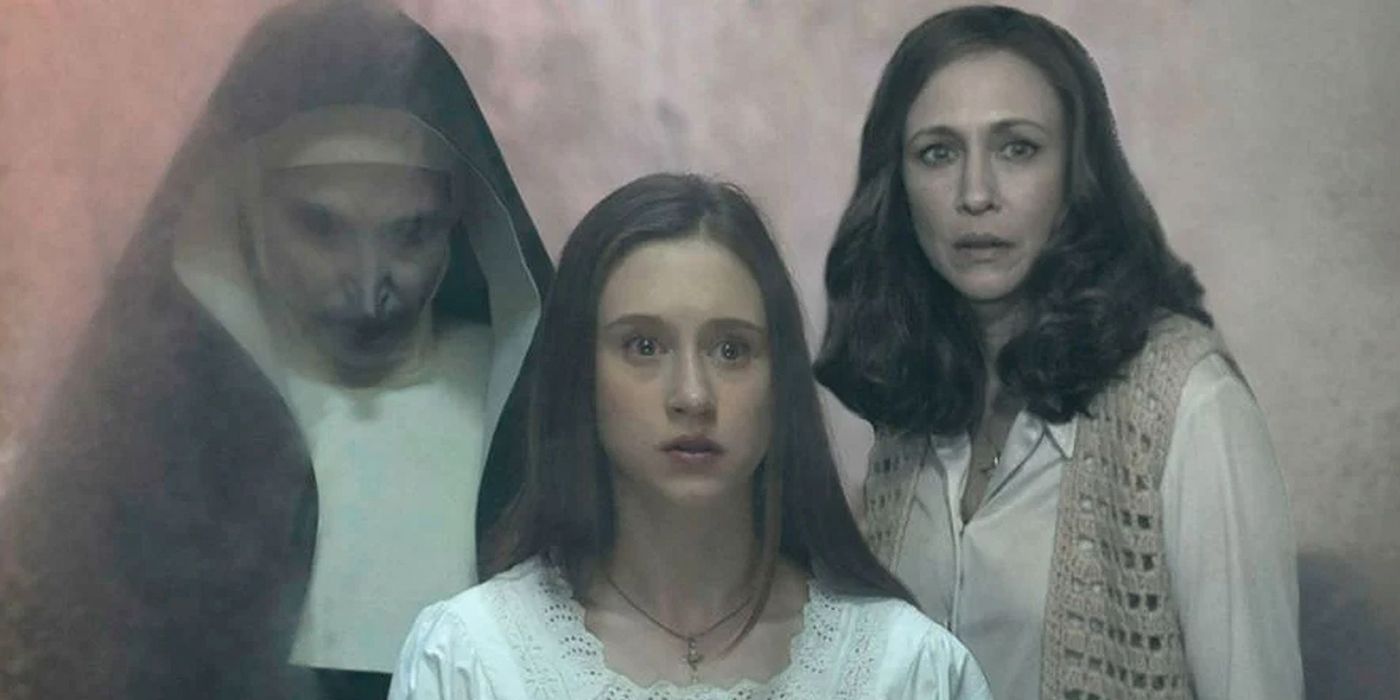 It looks like we’re going to get more stories from The Conjuring universe, and sooner than you’d think. James Wan announced via Facebook that the follow-up to the 2018 film, The Nun, has moved into production. In the post, made yesterday, Wan posted several pictures of the titular evil nun, played by Bonnie Aarons, who is the first cast member announced to be returning for the film. The images are from the set of The Conjuring 2, and they feature Aarons’ Valak wrapping her hands around the horror icon’s throat, as well as some rather ghastly close-up solo shots. Along with the throwback photos, Wan also announced that Michael Chaves will be directing the film.

Chaves has a history with The Conjuring universe having directed The Conjuring: The Devil Made Me Do It, the third installment of the franchise’s central storyline based on the historical case files of Ed and Lorraine Warren. The film follows the beloved fictionalized versions of the Warrens, played by Patrick Wilson and Vera Farmiga, working on a case where the defendant in a murder trial claims not guilty via demonic possession. Chaves also directed The Curse of La Llorona, a supernatural thriller based on Mexican folklore — many include this film in The Conjuring universe, though its storyline is the most removed from the franchise.

The Nun is a prequel spin-off centered around the creepy demon nun, Valak, from The Conjuring 2 and follows a 1950s Romanian nunnery haunted by the demon herself. The film starred Taissa Farmiga, sister to Vera Farmiga, who plays Lorraine Warren in The Conjuring films, causing many to draw connections between their characters across the franchise.

The exact plot details for The Nun 2 are not yet known, though more news regarding the film should trickle in as production gets into full swing. Akela Cooper wrote the script for the upcoming film, and has also worked with Wan in recent years. Cooper penned Malignant, a brilliant horror film that proves to be both incredibly original and a fantastic tribute to VHS horror films of the 1980s and 1990s.

There is no release date for the upcoming film. However, if you’re wanting to revisit the long-ranging franchise, you can always stream the many installments in The Conjuring franchise.