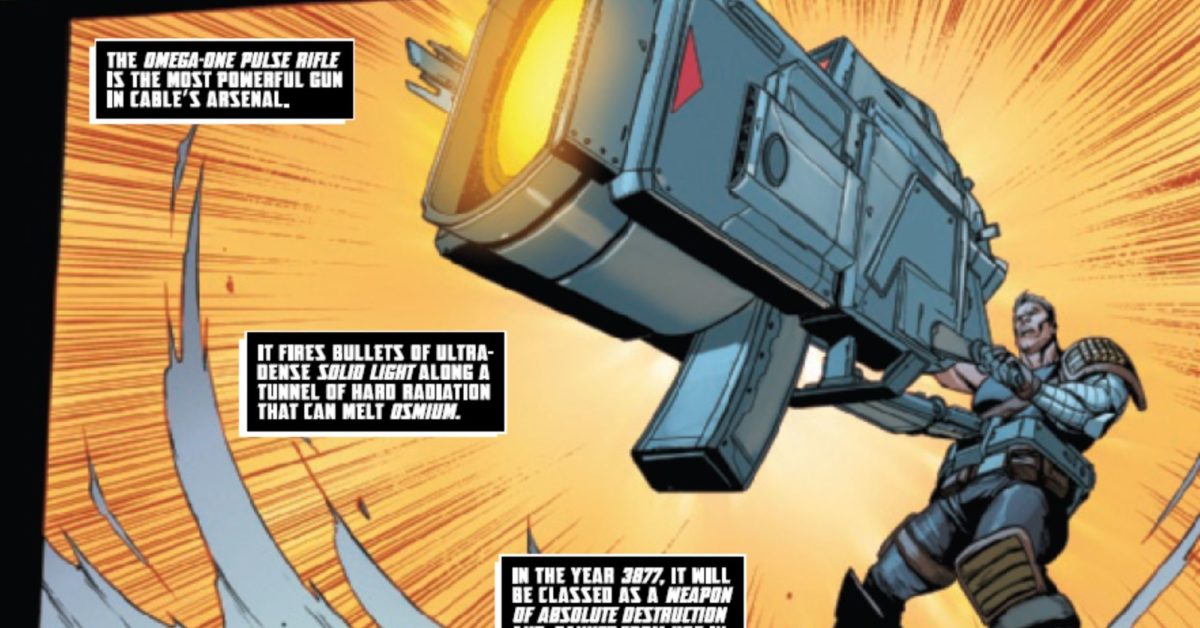 In AXE: Judgment Day #1, we saw the fall of Arakko. The terraformed Mars and inhabited by a million mutants who left Earth for another dimension millennia ago. And now under assault from the Eternal Uranos and a few of his friends. Famously Mars was terraformed into Arakko in a few hours. Uranos has just one hour same time to bring it to its knees.

We also saw the deaths of Cable – who was resurrected. And the death of Magneto – who can no longer be.

X-Men Red shows the detailed destruction of a planet’s population, minute by minute, second by second.

With even the greatest threats to Uranos…

Being a mere tickle. And as Cable brings out his biggest most Rob Liefeldish gun ever, the Omega One Pulse Rifle, which is significantly bigger than he is…

We see just how Uranos got hold of his skull.

As well as showing how you solve a problem like Magneto…

And remember, Magneto has no extra lives to spare…

IMMORTAL X-MEN #5
MARVEL COMICS
MAY220821
(W) Kieron Gillen (A) Michele Bandini (CA) Mark Brooks
THE BOOK OF EXODUS!
Bennet du Paris was born in the 12th century. Exodus marched forth with a sword in his hand and a shield in his heart to protect what he believes. It’s now the 21st century. What’s changed? Nothing. Absolutely nothing. And the Eternals who dared attack Krakoa are going to discover what that means. RATED T+In Shops: Aug 03, 2022 SRP: $3.99

X-MEN RED #5
MARVEL COMICS
MAY220832
(W) Al Ewing (A) Stefano Caselli (CA) Russell Dauterman
EXCESS DEVIATION!
No one who is not an Omega-level mutant has ever taken one of the nine seats of the Great Ring. Together, they are the greatest power Arakko has ever known – and it’s nine against one. So, if the nine are losing…what does that say about the one? Judgment Day has come to the Red Planet – and it’s Arakko’s greatest test since X OF SWORDS!
RATED T+In Shops: Aug 03, 2022 SRP: $3.99

Brian Bendis’ League Of Extraordinary Mythological Figures, The Ones