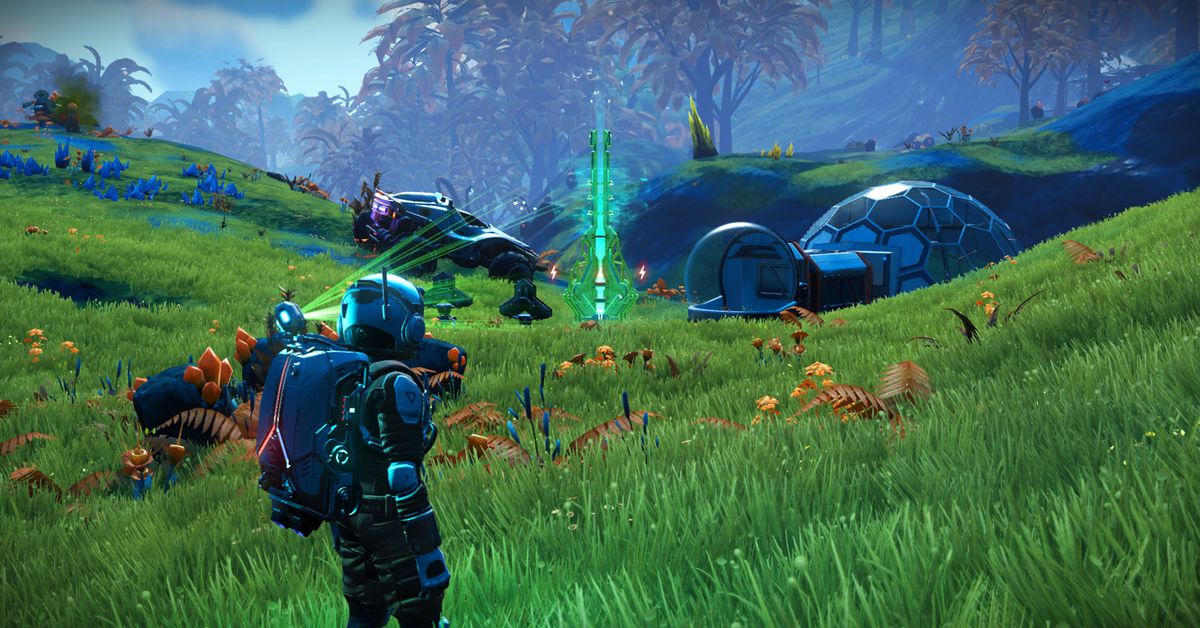 Hello Games is bringing its procedurally generated spacefaring adventure No Man’s Sky to Nintendo Switch on Oct. 7, both digitally and physically, the developer announced Thursday. The Switch version will pack in No Man’s Sky’s expansive universe and more than six years of updates as part of the package.

(The game’s new October release date is a teensy delay for No Man’s Sky on Switch, which was previously expected sometime this summer.)

Over the past year, Hello Games delivered six substantial updates to No Man’s Sky — Frontiers, Prisms, Expeditions, Companions, Outlaws, and Leviathan — that brought all-new gameplay mechanics and improved visuals to the game. You can see what the Switch version of the game, which was originally released on PlayStation 4 and Windows PC in 2016, looks like in the above trailer and in a gallery below.

“No Man’s Sky on this tiny portable device feels both completely natural and also totally improbable at the same time,” Hello Games’ founder and managing director Sean Murray said in a statement released Thursday. “This has been a real moonshot for our small team. No Man’s Sky is built around procedural generation, which means the console generates everything you see. This makes it so much harder to bring our game to something like the Switch, but I think this team never seems happier than when they are trying to do near-impossible things.”

In addition to the Switch release, Hello Games is also releasing a physical version of No Man’s Sky for PlayStation 5 with “a remastered disc containing all 20 updates,” Murray said. That version will also go on sale on Oct. 7.

“This is the first time since the Beyond launch in 2019 that you could buy a copy of No Man’s Sky in the shops,” Murray added. “The box of that version boasted ‘Contains All 7 major updates.’ The fact that we are just about to hit our 20th free update is a reminder of how busy we’ve been in the last 3 years!”

Hello Games also plans to release an update for the PlayStation 5 version of No Man’s Sky to support Sony’s PlayStation VR2 headset when the next-generation virtual reality hardware launches.

Cate Blanchett Cast in The School for Good and Evil

Inscryption is Seemingly Bringing its Mind-Bending Chills to Consoles