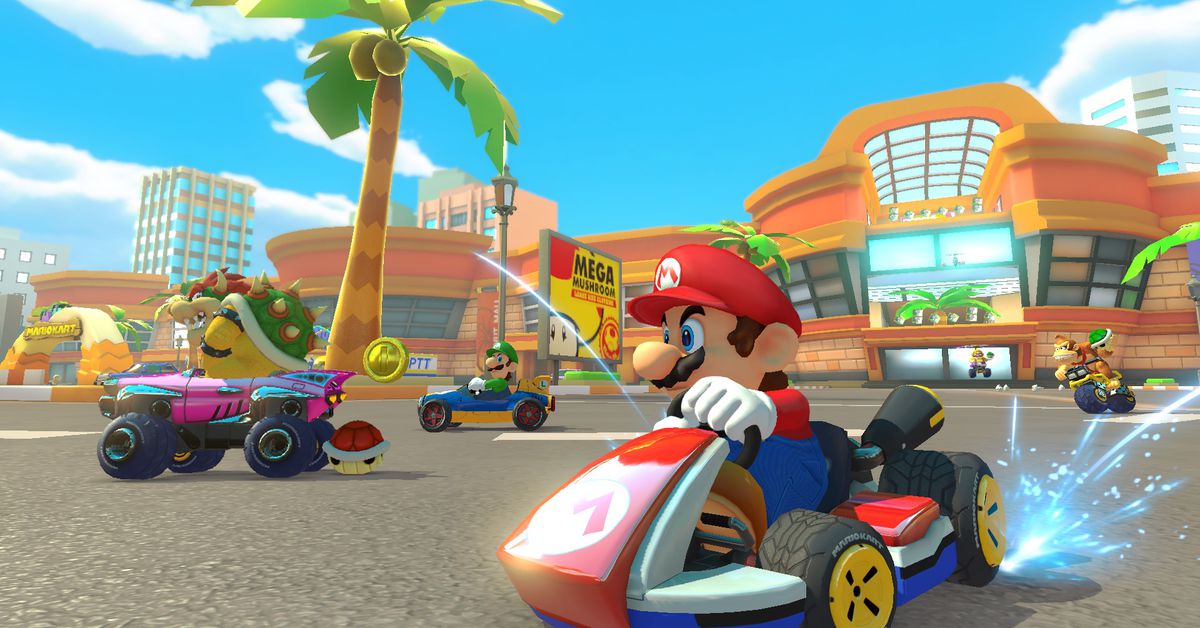 The second wave of Mario Kart 8 Deluxe’s Booster Course Pass downloadable content is here, bringing eight fresh tracks to the Nintendo Switch game, including one that’s (technically) brand-new: Sky-High Sundae. But Mario Kart 8 fans will be happy to hear about another change ushered in by Thursday’s DLC drop in the form of a tweak to Coconut Mall.

Coconut Mall, a track that originally appeared in Mario Kart Wii, was added to Mario Kart 8 Deluxe earlier this year with the release of wave 1 of the Switch game’s Booster Course Pass. Coconut Mall had been changed slightly, however, for its Switch appearance; near the end of the course, a group of cars that, in Mario Kart Wii, would move back and forth were instead completely stationary. As of Thursday, however, those cars move again — and the Shy Guys behind the wheel will occasionally do donuts.

Here’s a peek at that change, which Nintendo proudly promoted on Twitter, and Pink Gold Peach getting absolutely wrecked by it:

Those stunt-drivin’ Shy Guys now present a more serious threat to Mario Kart players, which will no doubt surprise and delight — and also destroy some leads. Don’t tell your friends.

The Booster Course Pass costs $24.99, and Nintendo Switch Online + Expansion Pass members will get access to all 48 courses as part of their subscription.