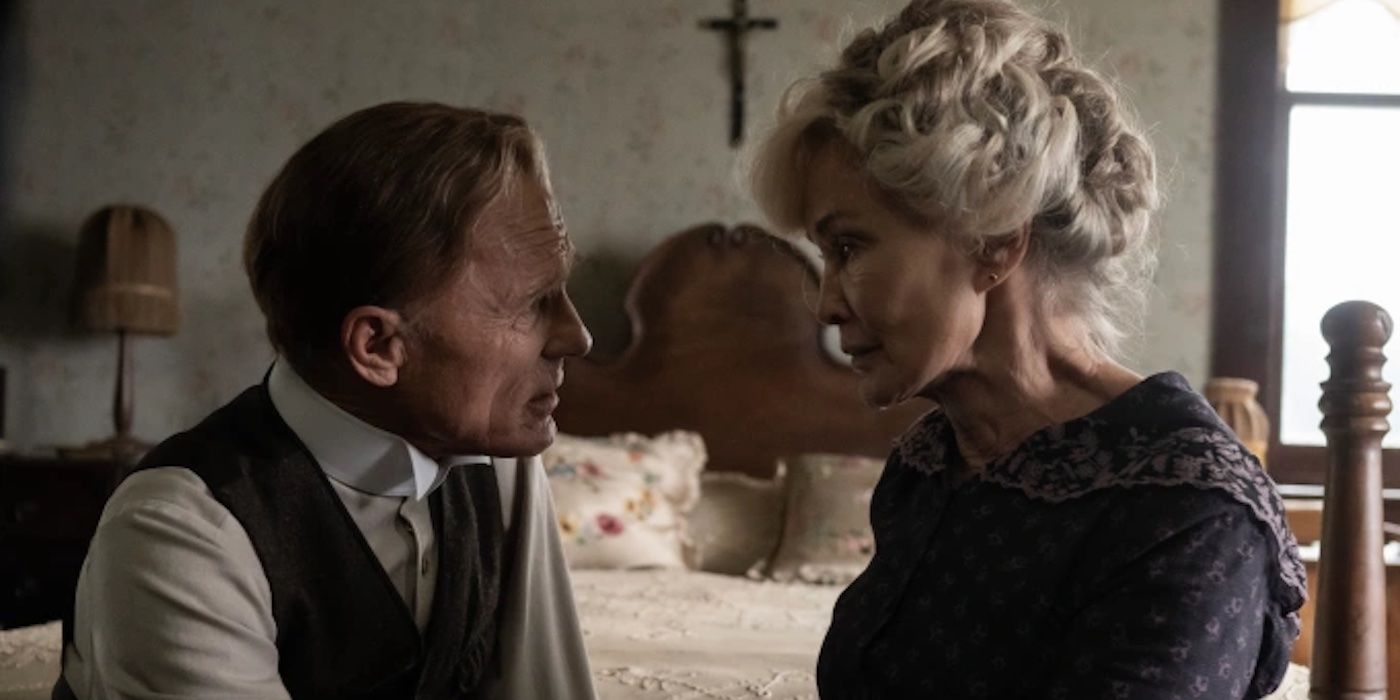 Eugene O’Neill‘s Pulitzer-winning play Long Day’s Journey Into Night is being adapted for the screen once more. A new production starring Jessica Lange and Ed Harris has now wrapped filming, with Deadline reporting that the film, directed by noted theater director Jonathan Kent in his feature debut, has completed production in Ireland.

Lange will star as Mary Tyrone, the morphine-addicted matriarch of the Tyrone family; she previously played the role in 2016 on Broadway in a production also directed by Kent, and earned a Tony for it. Harris will play her husband, James, an aging actor who fears he’s led his family into financial ruin. Ben Foster will play their alcoholic ne’er-do-well elder son, Jamie, and Colin Morgan will portray their younger son, the sickly and intellectual Edmund, who was an autobiographical portrait of O’Neill himself. The play depicts one long, contentious day spent at the family’s seaside Connecticut home in 1912, as old resentments come to the fore and harsh truths are spoken.

After making her screen debut in the much-maligned 1976 remake of King Kong, Jessica Lange has become one of America’s most acclaimed actors, winning Oscars for her roles in Tootsie and Blue Sky. In recent years, she has frequently been featured in the Ryan Murphy anthology series American Horror Story. She can be seen in Neil Jordan‘s Marlowe, which will be released in theaters next month. Harris is best-known for his intense performances in The Right Stuff, Apollo 13, The Truman Show, and A History of Violence; he also directed himself in the acclaimed biopic Pollock. He recently concluded a multi-season run on the HBO sci-fi drama Westworld. Foster frequently plays unhinged characters, doing so with gusto in Alpha Dog, 3:10 to Yuma, and Hell or High Water; he can next be seen in Apple’s upcoming drama Emancipation. Morgan played the title role in BBC’s TV series Merlin, and starred in Kenneth Branagh‘s autobiographical Belfast; he will appear in the upcoming Vicky Krieps historical drama Corsage.

RELATED: Zoey Deutch and Jessica Lange on ‘The Politician’ and Ryan Murphy’s Commitment to Diversity and Inclusion

The play, considered O’Neill’s finest work when it was published posthumously in 1956, has been staged countless times since its release. It has also adapted for the screen a number of times, most famously in 1962 by Sidney Lumet. That production starred Katharine Hepburn, in a role that netted her an Oscar nomination, as well as Ralph Richardson, Jason Robards, and Dean Stockwell. It was also adapted for TV in 1987, in a production featuring Jack Lemmon, Kevin Spacey, and Peter Gallagher.