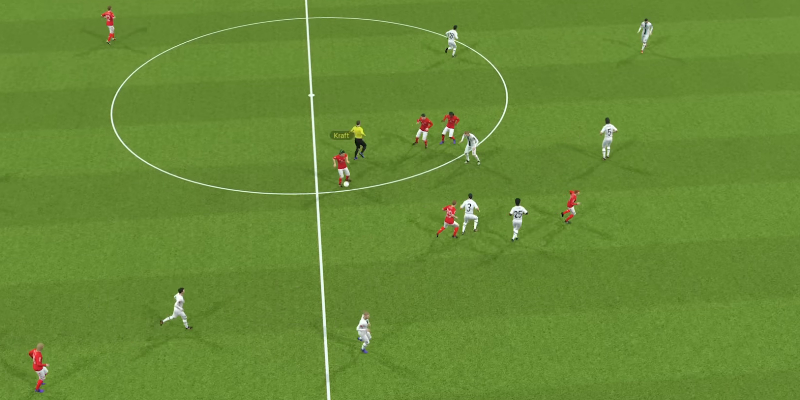 Ahead of its November release, developer Sports Interactive has revealed some of the new features coming to Football Manager 2023. The reveal was made in an in-depth 40-minute feature reveal posted on the game’s official YouTube channel. In the video, Sports Interactive showcases improvements made to player recruitment, match AI, animations, and how you interact with supporters.

Player recruitment has received a rework to make it more intuitive to use. The new Squad Planner provides more information for you to better spend your resources. It allows you to identify weaknesses in your squad, both in the current season and in one or two years’ time.

Once you’ve identified a weakness you can then move on to another one of the new features coming to Football Manager 2023, Recruitment Focus. Replacing the old assignments mechanic, Recruitment Focus gives players more control. In addition to the existing filters, you can now ask scouts to look for more detailed player traits. For example, you can tell a scout to only scout players who are of a certain height, are on a certain wage, or can speak a certain language.

Outside of scouting, Sports Interactive has also made improvements to the match engine. Player animations look more realistic, and there’s been a focus on making defensive systems more effective. Also, a lot of development focus has gone in on improving the manager AI. This improved AI better simulates real managers by reflecting their tactics more accurately.

Another feature to note is Supporter Confidence. Much like real life, supporters now play a direct role in your job security. If you lose the trust of the fans, your board may choose to fire you. A new interface will offer feedback on what the fans think of you.

Although not exactly a new feature, the addition of UEFA licensing is a nice touch. In Football Manager 2023 all UEFA competitions are officially licensed with their real names and branding. This applies to the Champions League, Europa League, Conference League, and European Championship.