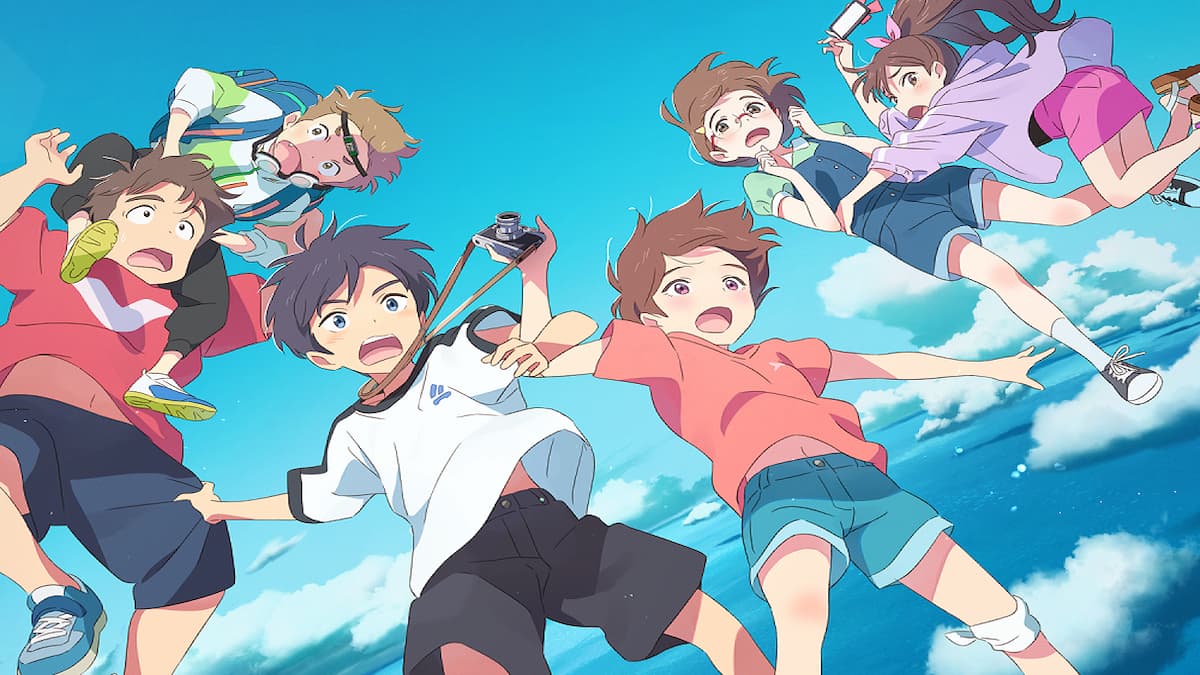 Watch the new trailer on the Netflix Anime channel along with a description provided by Twin Engine listed below:

Childhood friends Kosuke and Natsume who grew up like siblings. The two, who were in the sixth grade of elementary school, began to get jerky after the death of Kosuke’s grandfather, Yasuji.

One day during the summer vacation, Kosuke and his classmates Sneak into the “ghost housing complex” that is being demolished. The housing complex is a memorable house where Kosuke and Natsume grew up. Kosuke unexpectedly encounters Natsume there and is asked about the existence of a mysterious boy, Noppo.

Then he suddenly gets caught up in a mysterious phenomenon- When he noticed, there was a whole ocean. The housing complex drifts in a mysterious sea with Kosuke and others on board. The first survival life. Children join forces. Crying, fighting, making up. Can you really return to the original world? A summer farewell journey begins-

If you are interested from the teaser trailer or have already been anticipating the film, the release date of Drifting Home is Sept. 16 on Netflix. The Japanese dub cast has been confirmed, but there’s no info on the English cast just yet.

another mind-bending trip through time

Nicholas Hoult On Reuniting With Nic Cage For His…