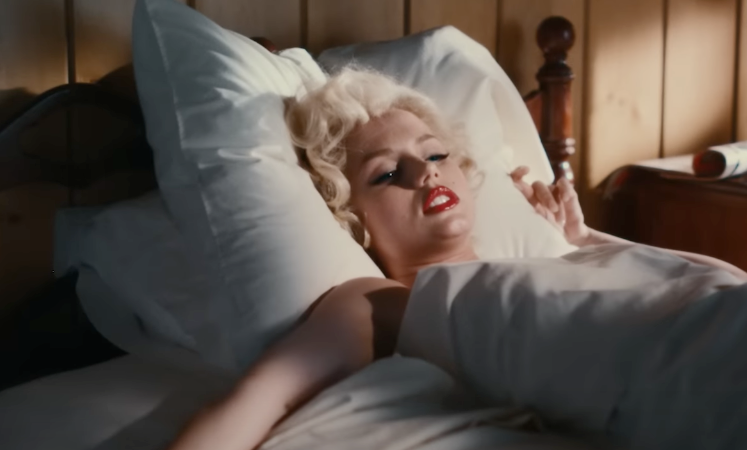 Netflix has released a new trailer for the NC-17 Marilyn Monroe movie Blonde, which stars No Time To Die and Knives Out actress Ana de Armas in the lead role. The dramatic trailer shows de Armas as Monroe speaking to Bobby Cannavale’s Joe DiMaggio at dinner, telling him about the struggles of her life.

“Marilyn doesn’t exist. When I come out of my dressing room, I’m Norma Jean. Marilyn Monroe only exists on the screen,” she says.

Blonde, which is Netflix’s first NC-17 original movie, invites viewers to witness “a life both known and unknown” about the famous singer and actress of the ’50s and ’60s. The movie is based on the novel of the same name from Joyce Carol Oates, and it is not a traditional biopic. It blurs the lines between fact and fiction and is described by Netflix as “boldly imaginative.”

The film is directed by Andrew Dominik, whose previous credits include Killing Them Softly and The Assassination of Jesse James by the Coward Robert Ford. Dominik previously said Blonde would “offend everyone” who sees it. Viewers can decide for themselves when Blonde comes to Netflix on September 23.

In other news, new Blonde images have been released that show de Armas and co-stars Cannavale and Adrien Brody as Monroe’s husband, the playwright Arthur Miller.

In addition to Blonde, de Armas will play the lead role in the John Wick spinoff, Ballerina. She also recently discussed the future of the James Bond series, saying Bond should not be played by a woman.