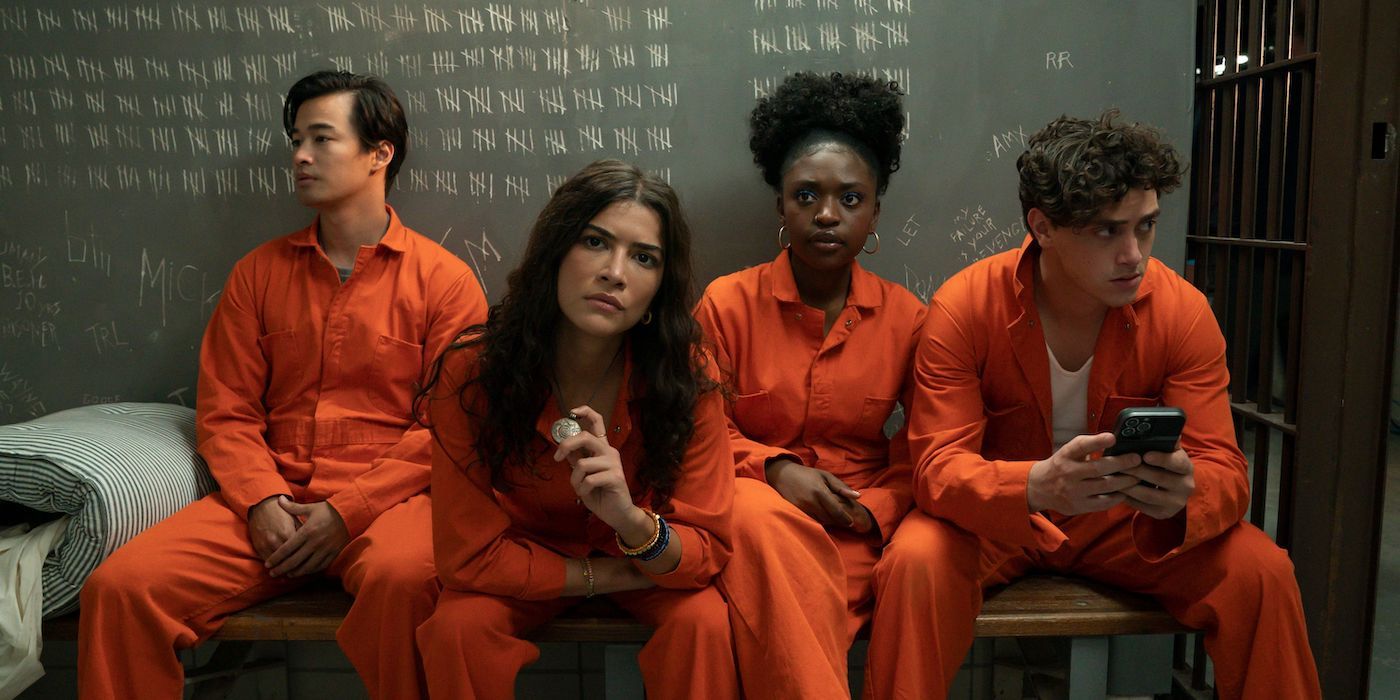 The map to the Disney+ sequel series to 2004’s National Treasure franchise starring Nicolas Cage is intricate and full of clues, but fortunately it can be found here on Collider rather than the back of the Declaration of Independence. From the initial announcement to casting, we have been following the series’ progress closely, and finally we have an official title: National Treasure: Edge of History. Though specific plot details remain a mystery, Edge of History is an exciting expansion on the National Treasure franchise and takes place in the established universe with a younger cast of characters.

For National Treasure hunters, more clues for Edge of History will be revealed during Disney’s slate at this year’s Comic-Con, where the cast and executive producers will share an exclusive first look at the behind-the-scenes for the Disney+ original series. The original series will focus on a new lead, 20-year-old Latina-American DREAMer Jess Morales, played by Lisette Olivera (We Need to Do Something), who sets out to uncover the mysteries of her family’s history. Lending emphasis to a younger cast, and honing in on a new family, Edge of History‘s plot can be expected to have similar themes to the original action-adventure films. Rich with familial history, the new series will see Morales teaming up with friends to relocate and recover lost historical treasure that may have a personal connection to our new lead.

When Collider first reported on the Disney+ series, franchise producer Jerry Bruckheimer shared in an interview that Edge of History would be “the same concept but a young cast.” At that time very little was disclosed about the series, but we now know that Mira Nair (Queen of Katwe) is helming the project from the director’s chair, and that the spinoff will be 10 episodes out of the gate. National Treasure and 2007’s National Treasure: Book of Secrets original writers Marianne and Cormac Wibberley have returned for the series, as well as the franchise’s feature film’s director Jon Turtletaub returning to executive produce. With so many of the original crew backing the new series, fans can expect much of the same magic and wit that made the franchise such an acclaimed classic so many years ago.

The National Treasure films chronicled the action-packed mission of historian and treasure hunter Benjamin Franklin Gates (Cage) as he raced against time, or mercenaries, to discover the massive Templar Treasure. The films garnered over 800 million collectively, making the franchise a huge success for Disney, prompting the fan-demand for a third that would make National Treasure a trilogy. However, according to Jason Reed, the Production Executive at Disney at the time, due to the company’s inability to “capitalize on it as a franchise,” National Treasure 3 remains a true treasure yet to be discovered. Instead, Bruckheimer and Turtletaub focused their energy into Edge of History, hopping on the Disney+ streaming series train.

Forspoken has been delayed until 2023

Thor’s screaming goats Toothgnasher and Toothgrinder get their own plushies!