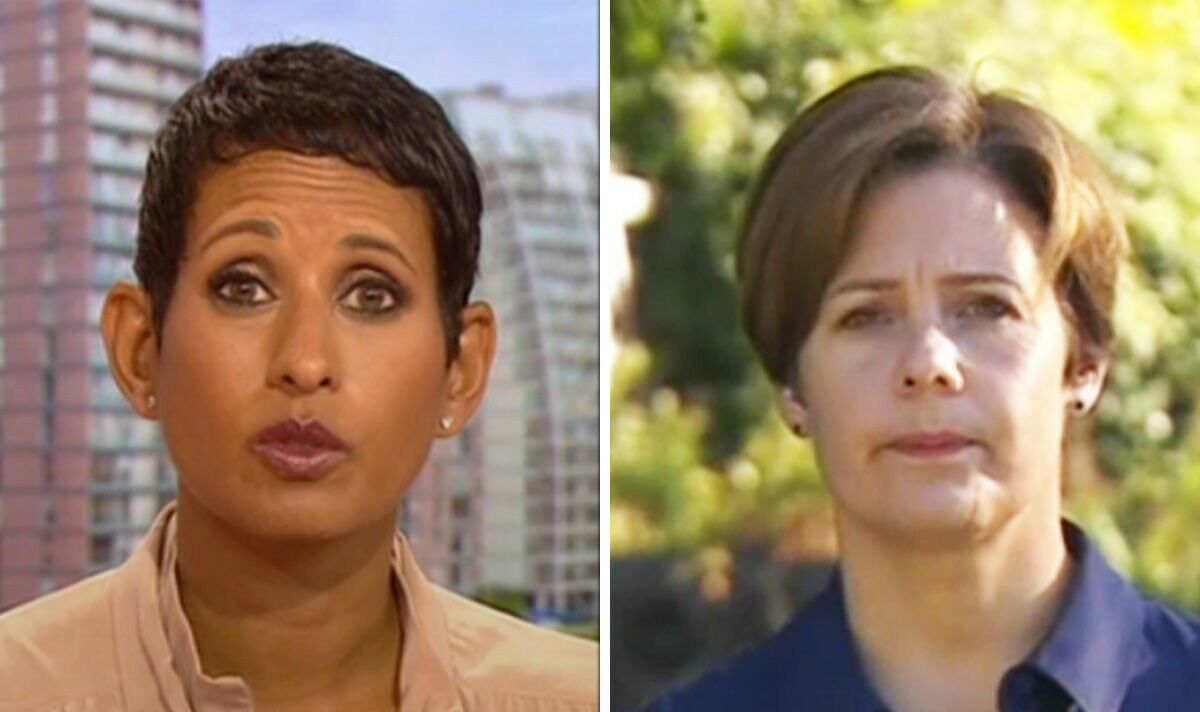 Chief customer officer Katy Taylor appeared on Friday’s instalment of BBC Breakfast to discuss the hosepipe ban her company has imposed in parts of the country. As the interview got underway, host Naga Munchetty shut down the Southern Water boss’ responses and told her the company was one of the “worst performers in the country”.

Naga was eager to know why Southern Water has decided to enforce the hosepipe ban in Hampshire and the Isle of Wight, with Katy telling her it was to protect the environment following an extremely dry July.

However, Naga made Katy squirm when she pressed her on Southern Water suffering from about 250 leaking pipes every day.

The BBC presenter said: “You are one of the worst performers in the country.”

The company was fined £90million last July for dumping billions of litres of raw sewage into the sea.

The 47-year-old presenter pressed: “How much is being leaked now?”

While Katy admitted she did not have the exact figures to hand, she assured Naga Southern Water was doing everything it can to tackle its wasted water.

“We have really strict conditions on how we treat that water and we make sure when it goes back into the environment it is really safe and won’t cause any harm to the environment,” Katy added.

Naga asked if any illegal spills were happening under Southern Water, as there were reportedly nearly 7,000 between 2010 and 2015.

Katy swerved the question and reiterated the company was doing what it could to prevent spills from happening.

“I’m listening to you but you can’t say there are no illegal spills at this time,” Naga probed.

Many BBC Breakfast viewers took to Twitter to comment on the interview, with Arihat adding: “Hi @SouthernWater – how does your chief customer officer not have the figures for leaking sewage or fixing leaks in water when going onto #BBCBreakfast – absolute state of it?”