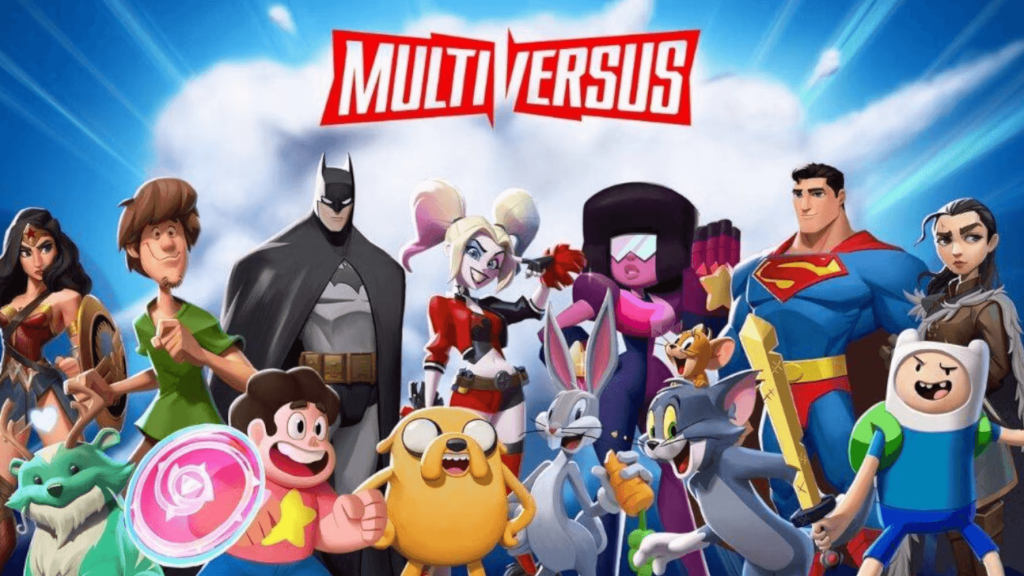 Fighting game MultiVersus got off to an amazing start with its open beta on Steam and immediately became the most popular fighter on the platform. The free platform brawler currently features 17 characters from popular media and even the real world with more to come. The crisp gameplay and the reasonably consumer-friendly business model, together with the cool characters, have created a positive first impression for many players.

As relaxed as the game may be because of its focus on 2v2 matches instead of cut-throat 1v1, in the end it’s still about winning. To give you the best shot at knocking out your opponents, we’ve ranked every MultiVersus character by strength in this tier list.

Harley Quinn is the most annoying type of character in a game like this: She’s incredibly fast and has a lot of abilities that knock her opponents back, disrupting their rhythm.

The Dark Knight has a lot of potential, but the cooldown of his gadgets often gets in his way. In addition, he is very dependent on vertical attacks, which further limits him. However, users rate his speed and overall flexibility highly.

Jake uses his spaghetti limbs effectively to harass opponents from a distance with punches and set up combos while staying safe.

Finn gets stronger throughout the game as he collects gold. He can also block projectiles and move while attacking to pressure opponents.

Shaggy not only has very versatile attacks that make him an effective attacker in many scenarios, but also heals allies and boosts their attack damage.

Taz has powerful tornado attacks, but their effect quickly dries up with the right counters. He is also quite tame in the air and only really effective on the ground.

Speed is the Man of Steel’s kryptonite: his attacks are powerful but slow, and grabbing enemies from the air, while effective, is very predictable. That said, when he hits, he hits like a truck. Or a plane?

Basketball star LeBron naturally uses his ball of choice with all his talent, which translates into some very strong moves with a lot of knock-back. As a result, he’s able to create lots of space between himself and the opponents.

Everyone’s favorite cartoon bunny has moves for any situation and is therefore ready for all sorts of scenarios. Whether you take him on in close combat or long range, Bugs Bunny has an answer.

Arya stuns her opponents and then steals attacks from them, which is a bit reminiscent of a certain pink ball from another platform fighter. She’s also nimble and has ranged combat abilities, which makes her quite versatile.

Tom and Jerry focus on ranged combat, but hit hard at close range as well. The individual targeting of ranged attacks gives the duo a high degree of control, though you’ll need to master this feature before it reaches full effectiveness.

The Amazonian has an interesting support kit: she defends herself and her allies against ranged and melee attacks, boosting her own offense over time. That makes her tricky to play at the start and dependent on building up momentum.

Garnet is very much a melee character, so she is often helpless against ranged attackers if her team doesn’t intervene. She does have high combo potential, however.

Velma is practically the opposite of Garnet: She absolutely must keep opponents at a distance or she’ll face a severe beating. She does exert some space control, but her damage is low.

Reindog is a very frustrating character for his opponents, but he lacks moves to actually force some knockouts. He definitely needs a good team on his side to shine.

Mr. Steven Universe suffers from skill cooldowns similar to Batman, which limits his effectiveness. Users need to hit every use of his skills perfectly, which makes him a bit punishing for beginners.

As you might imagine, Iron Giant hits with a lot of force, but is very sluggish. The character’s large hitbox also makes him a very easy target, while making aiming his own attacks difficult.

Written by Marco Wutz on behalf of GLHF.