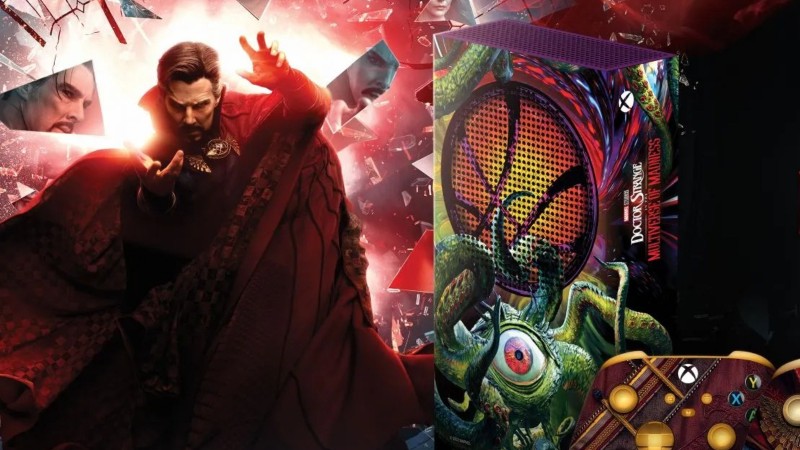 If you’ve ever looked at your Xbox Series S and thought to yourself, ‘this is cool but what if the giant, green, one-eyed octopus thing named Gargantos from Doctor Strange in the Multiverse of Madness was on it instead,’ then today is your lucky day.

That’s because Microsoft has unveiled just that: a custom Xbox Series S console with Gargantos on it that you can win in a new giveaway. Plus, Xbox has created four custom controllers based on upcoming characters in Doctor Strange in the Multiverse of Madness: Doctor Strange, Scarlet Witch, Wong, and America Chavez. Microsoft says that each controller will feature distinctive and recognizable components and textures from the characters’ costumes.

You can enter for a chance to win this custom Xbox Series S console and all four of the custom Xbox controllers by retweeting the official Xbox sweepstakes tweet below.

Enter the Multiverse with Xbox and Marvel Studios in the “Doctor Strange in the Multiverse of Madness” custom console and controller sweepstakes. Learn more: https://t.co/G3vtfbtdIc

Which controller is your favorite? Let us know in the comments below!

Medieval RTS The Valiant Set For Release In…