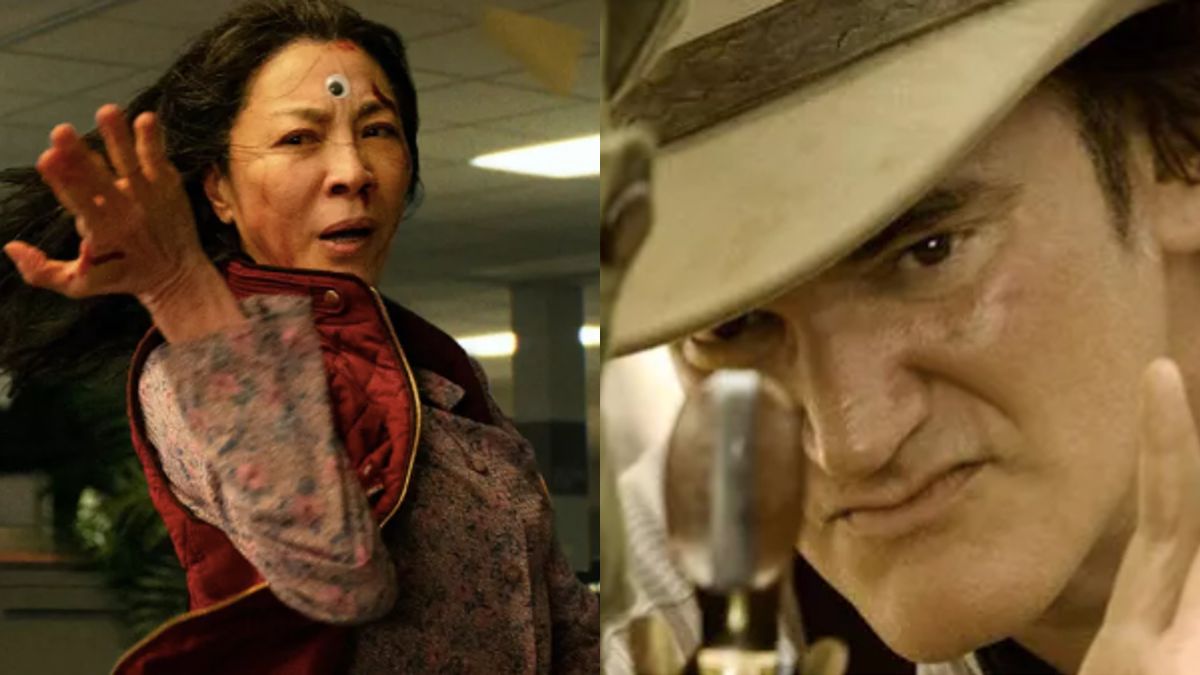 If you ever want to get to know an actress who kicks ass on screen either using full body movements or through her cutting remarks, it’s Michelle Yeoh. So considering Yeoh has proven she’s a force to be reckoned with in movies like Crouching Tiger, Hidden Dragon and Tomorrow Never Dies, how come Kill Bill isn’t on her acting resume? This 60-year-old actress says Quentin Tarantino had a “very smart” reason regarding why he didn’t cast her in his martial arts movies.

In the four decades that Michelle Yeoh has been an actor in great movies, she’s been punched, kicked, dislocated her shoulder, fractured a rib, ruptured an artery and ripped her ACL, all while doing stunts in her flicks. You would think given the strength she had to survive all of her injuries doing these stunts that she’d be the perfect actress to cast for Quentin Tarantino’s Kill Bill, wouldn’t you? While speaking with Town and Country Magazine, Yeoh explained Taratino’s “very smart” reasoning for why he couldn’t put her in his film series:

Quentin Tarantino was very aware of Michelle Yeoh’s screen presence. A few years after her detective role in 1985’s Yes, Madam!, the Pulp Fiction director went to L.A.’s Chinatown and showed his pharmacist a handwritten list of movies he wanted to check out. Lo and behold, the pharmacist came back with a tape of Yes, Madam! and was so in awe of seeing Yeoh flip backward, shatter glass and leap across an escalator to kick her opponent in the sternum. After this, Tarantino became a Michelle Yeoh fan and continued seeing more movies starring this daredevil actress.

Not only did the Jackie Brown director see the Holy Weapon actress on screen, but in person as well. She was in the hospital after fracturing some vertebrate plummeting from a bridge when she was in 1996’s The Stunt Woman, and she felt like retiring for the second time in her career. But even though Yeoh wasn’t in the mood for visitors, she gave five minutes of her time to her persistent visitor, Quentin Tarantino himself. After the two of them bonded in her hospital room recalling the stunts she’d done in her career, she actually changed her mind about retiring. Thank you, Quentin Tarantino!

You may be wondering what made Michelle Yeoh able to handle all of the stunt work she does for her movies. At the age of 16, she moved from Ipoh to England to study ballet. But she had to come up with a new dream after the school called her limbs “stubby” and she injured her back. On the other hand, her mother refused to give up on her daughter, as she secretly sent her picture in the 1983 Miss Malaysia pageant, and Yeoh won. Not long after, she was in a Guy Laroche wristwatch ad with Jackie Chan, and they would later appear together in the Police Story movies and Supercop 2.  Funny enough, Everything Everywhere All at Once was originally envisioned for Chan, but he passed on the role and Yeoh later snagged it. While Yeoh never intended to act, it seems fate had big plans for her life.

While the Miss Malaysia winner didn’t get to be in Kill Bill, there were still plenty of roles that led her to an outstanding career. She played a domineering mother in the hugely successful film Crazy Rich Asians. Not to mention that she showed audiences today her unlimited potential in her stunt work starring in the A24 milestone box office hit Everything Everywhere All At Once. The next movie we have to look forward to of hers is the mysterious role she has in James Cameron’s Avatar: The Way of Water, which is one of this year’s remaining 2022 releases. Leave it to Michelle Yeoh to be a true warrior in everything she does.