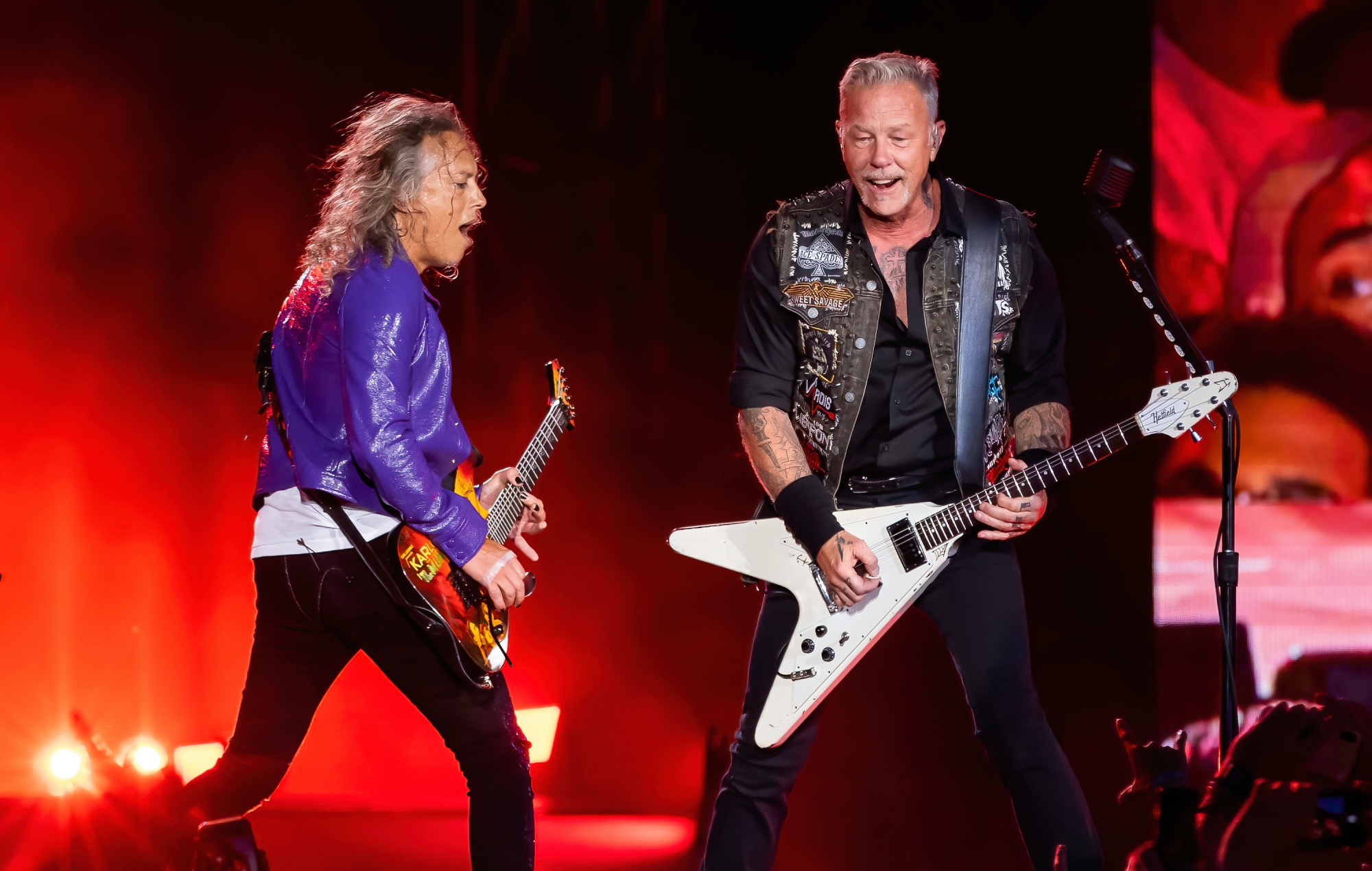 Metallica have teamed up with Stranger Things to launch a new line of Hellfire Club-themed merchandise.

The metal band have been enjoying a huge resurgence of their 1986 track ‘Master Of Puppets’ of late after it soundtracked a pivotal scene in the finale of the Netflix show’s fourth season.

Eddie Munson (portrayed by Joseph Quinn) plays the song on guitar in the Upside Down to distract a horde of demonic bats protecting the lair of sinister villain Vecna (Jamie Campbell Bower).

The members have their own Hellfire Club shirts, which has inspired Metallica to create their own spin on the tee.

“Eddie, this one’s for you,” they wrote to announce the line. “We’re having the most metal meeting ever of The Hellfire Club so we’re scouting out ‘lost sheep’ and outsiders to join. Do you think you have what it takes? Then suit up.”

We’re having the most metal meeting ever of The Hellfire Club so we’re scouting out “lost sheep” and outsiders to join. Do you think you have what it takes? Then suit up!

Both the t-shirt and jersey also boast two guitar graphics – one black, one white – that are engulfed in orange flames. Check out the preview image in the announcement post above.

Recently, Joseph Quinn met Metallica and jammed with them backstage at Lollapalooza 2022. James Hetfield and co. also paid tribute to Eddie Munson during their headline set at the Chicago festival.

Footage from Quinn’s ‘Master Of Puppets’ scene played out on the big screen as Metallica performed the classic single.

The song last month bagged Metallica their first UK Top 40 single in 14 years, with the band having also entered the Billboard Hot 100 for the very first time. Additionally, online streams of ‘Master Of Puppets’ have significantly increased.

Riding the wave of this renewed interest, the group have released an all-new official lyric video for the for the track.