Maverick F-15… Because of Course it Did 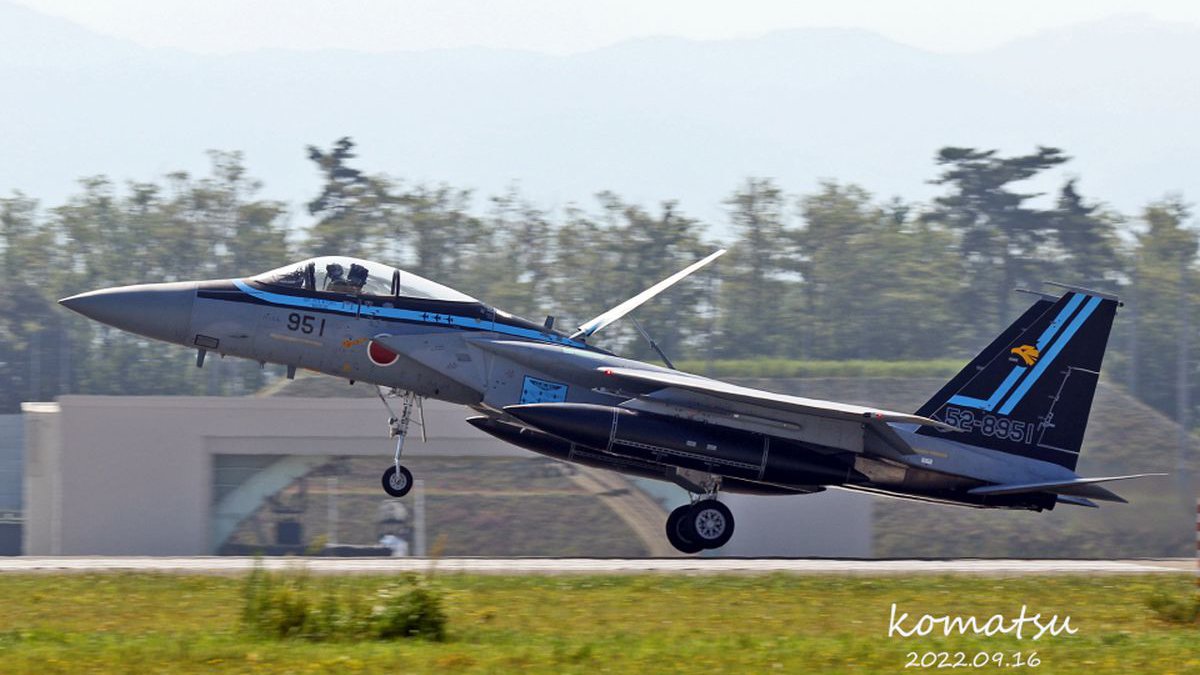 Home » News » Japan Has Made a Top Gun: Maverick F-15… Because of Course it Did

Many in Japan love making model kits based on pop culture. Beyond the countless Gunpla, if you check out a hobby shop in Tokyo you’ll find plenty of kits portraying aircraft and vehicles from anime and films, including Top Gun: Maverick.

Yet, when you work in a fighter squadron of the Japan Air Self-Defence Force and you have plenty of real fighter jets in the hangars, why limit yourself to scale models when you can paint the real thing?

The folks at the 306th Tactical Fighter Squadron based at Komatsu Air Base, in Ishikawa Prefecture, must have really loved Top-Gun: Maverick, but they found themselves with a problem. Our hero Maverick pilots a F/A-18E Super Hornet, and Japan doesn’t have any of these.

Yet, the 306th Tactical Fighter Squadron has plenty of F-15J Eagles, and while they’re not exactly identical, at least they have two vertical stabilizers, so the silhouette isn’t all that different to the untrained eye.

The squadron’s mechanics repainted one of their Eagles in the same paint scheme worn by Maverick’s super hornet, including the distinctive black and blue stripes, the “Capt. Pete “Maverick” Mitchell” nametag under the canopy, and the three (fictional) Mig-28 kill markings.

Of course, they had to take a few liberties, so the newly-painted aircraft retains its Japanese roundel and the 52-8951 serial number, on top of replacing the emblem on the vertical stabilizers with the golden eagle of the 306th Squadron.

The aircraft made its public debut yesterday during the popular Komatsu Air Festival, and it delighted the crowd alongside other F-15s with special liveries like the colorful “aggressors” of the Tactical Fighter Training Group.

Below you can check out a video by YouTube user Tonkatsu298 showing the aircraft on the apron in action at the event during its demonstration flight.

You can also find a couple more videos, including the painting process, here and here, from the JASDF’s official Instagram account.

Arto Aims To Be Released On Steam This September

Jordan Peele Got A Perfect Nope Shout Out From Midnight Mass’ Creator, And It’s Making Me Sorta Nervous

Barry Keoghan Shares Batman Audition Video, Says He Hasn’t Been Asked Back For…