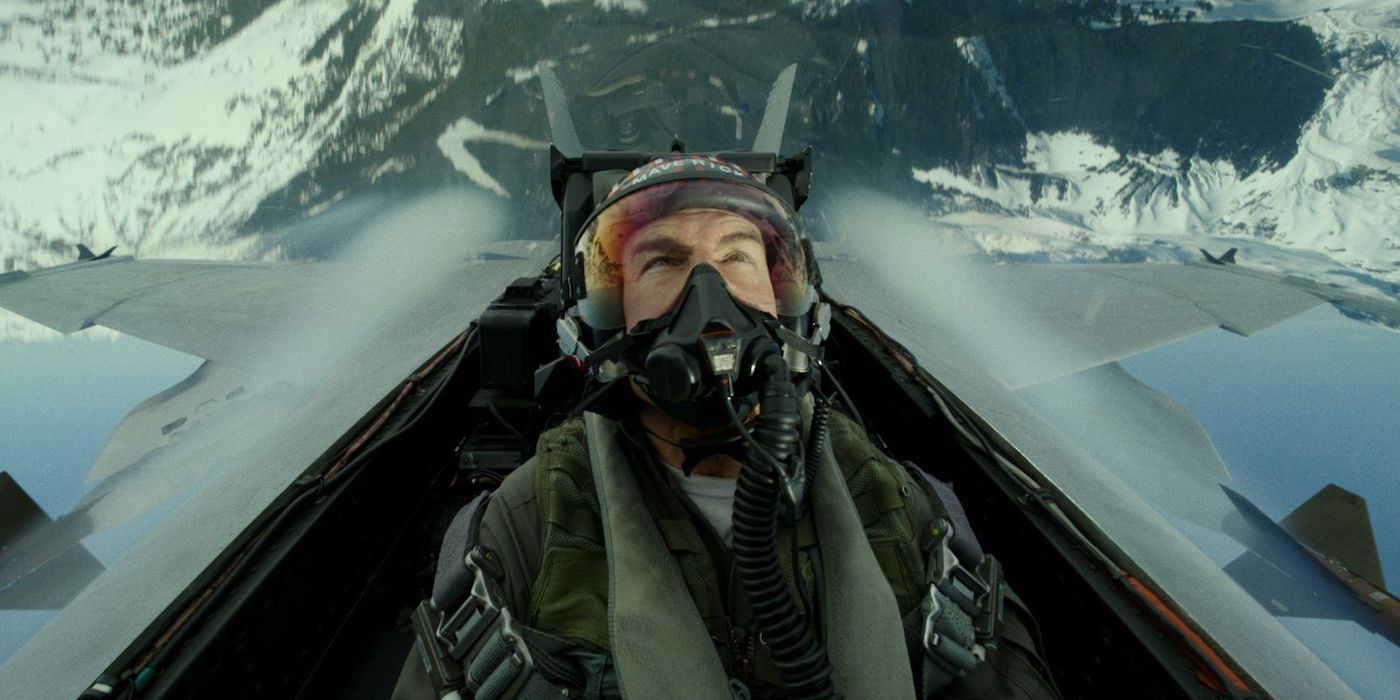 Top Gun: Maverick has just officially become the seventh highest-grossing film of all time domestically, surpassing James Cameron‘s Titanic. The Tom Cruise-starring sequel just experienced its eleventh weekend of theatrical release, and earned $1.9 million on Friday. The film is expected to pull in a total of $6.7 million for the weekend. Top Gun: Maverick has now earned $662 million domestically overall, after being released on May 27. Titanic, which at one point was the highest-grossing film of all time, has accumulated a total of $659.5 million domestically. Star Wars Episode VII: The Force Awakens currently holds the top spot for the highest domestically grossing movie of all time.

Even though Top Gun: Maverick did perform well this weekend, it fell out of the top five at the domestic box office for the first time since its release. This causes the popular movie to have the fifth most consecutive top five weekends of all time. E.T currently holds that number one spot with 27 weekends in the top five in a row. Top Gun: Maverick is expected to return to the domestic box office’s top five as the weeks continue since August’s releases don’t hold many big titles, but it doesn’t seem likely that E.T‘s top spot will be threatened. Top Gun: Maverick is already ahead of several notable additions to the list such as including Black Panther, The Sixth Sense, and The Force Awakens, which all were in the top 10 for nine consecutive weeks.

Brad Pitt-vehicle Bullet Train took the Friday top spot at the domestic box office with $12.6 million, with the studio expecting a $30 million weekend in total, although it may underperform by about $2 million. Other newcomers to the box office include Jo Koy‘s Easter Sunday, which took Friday’s number six spot with a little over $2 million. Top Gun: Maverick sat at number seven, but its numbers may increase again with time since it’s such a popular film. Top Gun: Maverick‘s success isn’t surprising anyone, since its predecessor grossed $357.3 million against a $15 million budget and is considered a classic by many. Top Gun: Maverick was released close to 40 years after the original Top Gun, which hit theaters in May 1986.

Top Gun: Maverick is undoubtedly a huge critical success in addition to a box office smash, currently holding a certified fresh rating of 96 percent on Rotten Tomatoes. As such, its box office success doesn’t seem to be slowing down much, and as earlier mentioned, it seems likely that its theatrical run will not end before it rises up into the top five again.

The film is now Paramount’s highest-grossing domestic release ever, which was formally Titanic. However, even though the action drama sequel currently holds the top seventh spot of highest grossing film of all time domestically, Titanic may be coming back for its spot with a re-release next year.

Check out Collider’s interview with Top Gun: Maverick‘s director below: