Masterpiece Announces Premiere Dates For Miss Scarlet and the Duke, Others 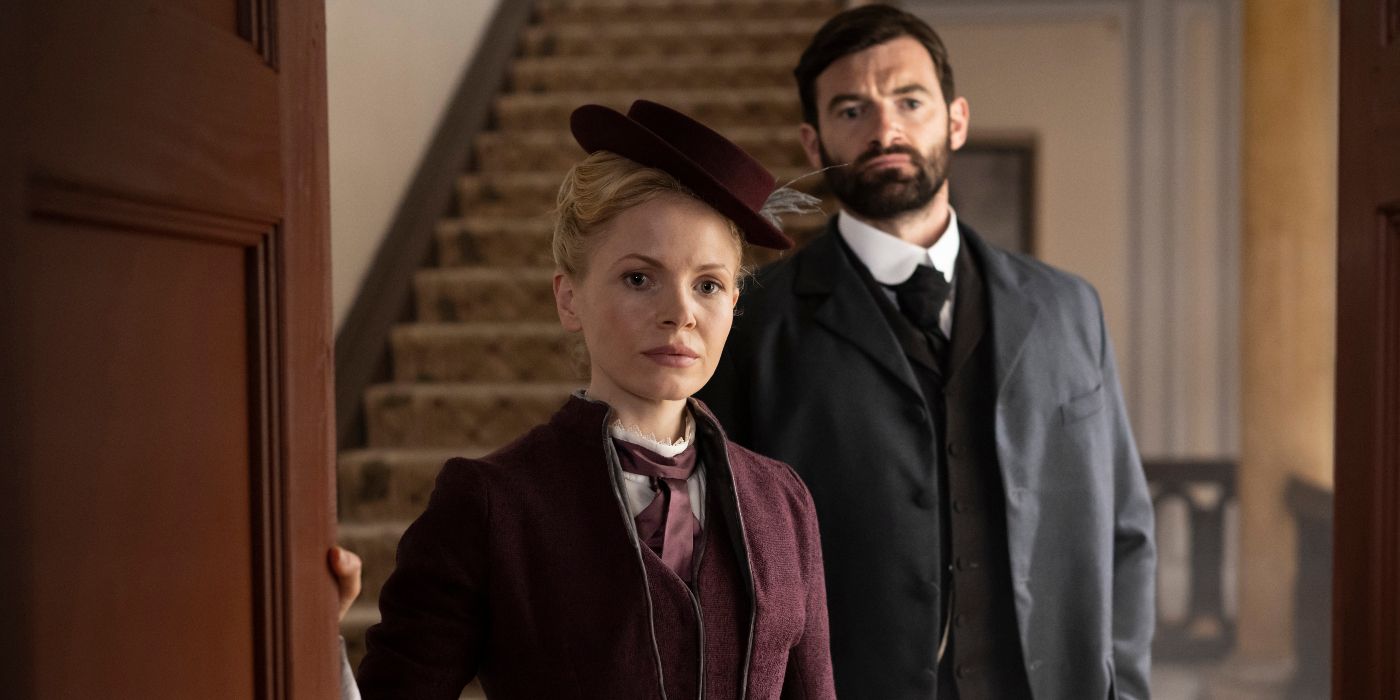 PBS Masterpiece announced a slate of season premieres and new series heading stateside in the near future, including their hit series Miss Scarlet and The Duke and All Creatures Great and Small. Following the success these shows and more have brought them, the network looks to keep up the pace with an adaptation of Magpie Murders later this year and a new series revolving around Winston Churchill’s wife Clementine which is now in development.

Miss Scarlet and The Duke will be heading into a third season on January 8, 2023, at 8 p.m. ET, shortly after its second premieres on October 16. The series stars Kate Phillips (Peaky Blinders) as Eliza Scarlett, a Victorian woman who’s threatened by poverty after the death of her father. Without a husband, she has nobody to provide for her and thus must take up the mantle of her father’s detective agency even if it’s considered unbecoming of her. Struggling to make it as a crime solver in a male-dominated world, she enlists the help of her friend William “The Duke” Wellington (Stuart Martin), a detective inspector of Scotland Yard. A trailer for Season 2 earlier this year teased a return to form for the boundary-breaking series with more romantic tension between the crime-solving duo.

The third season of All Creatures Great and Small is the first of two new seasons after the show was renewed back in January. Following the adventures of James Herriot (Nicholas Ralph), the series earned rave reviews from critics and audiences for its optimistic, heartwarming tone as James treated animals and fell in love in the Yorkshire Dales. Season 3 will see James marrying his sweetheart Helen Alderson (Rachel Shenton) and expanding his veterinary business all while war looms on the horizon and affects the lives of those around him. The main cast that fans have grown to know and love will be returning for the upcoming season as well, including Samuel West, Anna Madeley, Callum Woodhouse, and Patricia Hodge. Season 3 will begin airing on PBS on January 8, 2023, at 9 p.m. ET after being presented at the Television Critics Association.

Also being presented at the TCA is Magpie Murders which is being adapted by author Anthony Horowitz himself and stars The Crown‘s Lesley Manville. The series received high marks from critics after its U.K. debut, making it the perfect candidate for Masterpiece. It revolves around two separate though intrinsically linked mysteries. Following the mysterious death of author Alan Conway, Susan Ryeland (Manville) investigates the missing pages of his final Atticus Pünd novel which may expose the secret of who is responsible for his death. Meanwhile, the events of the novel play out in the past, creating a meta Agatha Christie-type whodunit where viewers are left to figure out the end of the novel as well as what befell Alan. The series premieres on October 16 and will span six episodes.

Rounding out the announcements is the Clementine Churchill series – currently titled Mrs. Churchill – which dives into the life of the oft-overlooked wife of one of Britain’s most well-known prime ministers. Following Clementine through the key moments of her life, including how she met Winston and became a mother, it’ll show how her historic accomplishments protected Britain from the threat of fascism as well as the complexity of her character. Masterpiece is developing the series in conjunction with Maven Screen Media, Origin Pictures, and Sayoko Teitelbaum. Emmy-nominated Boardwalk Empire screenwriter Margaret Nagle will pen the series, adding some high-profile credentials to the creative team.

PBS Masterpiece is still going strong with its original series and there’s more on the way beyond everything announced here. An adaptation of Miss Austen about the relationship between Jane Austen and her sister is also on the way, though no release date has been announced yet. For now, check out the official teaser of Magpie Murders below: