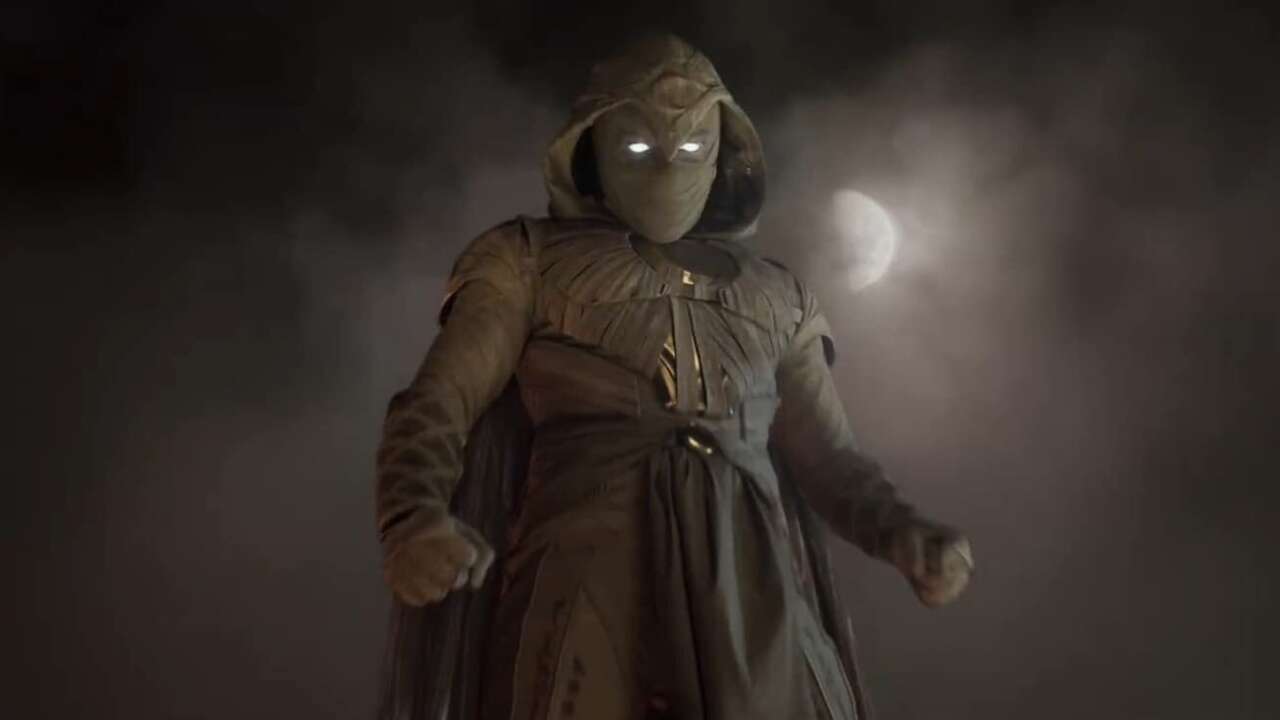 Marvel’s latest Disney+ TV show, Moon Knight, holds the distinction as the first MCU streaming series on the service to introduce a new character to the shared universe carte blanche. Up to this point, every new show on the platform has relied on the hook of a character fans already know from the films making the jump to the small screen, which helps ease other new characters in thanks to their close proximity to a familiar face. This formula has worked well in shows like Loki, where Tom Hiddleston made a bridge for the likes of Ravonna Renslayer (Gugu Mgatha-Raw), Mobius (Owen Wilson), and Sylvie (Sophia Di Martino)–or WandaVision, which made room for Kathryn Hahn’s meme-ified Agatha. So how well does Moon Knight fair all on his own?

The answer is a bit of a mixed bag, after watching the first four episodes provided by Disney for review. Oscar Isaac plays Steven Grant (and Marc Spector, and Moon Knight, and Mr. Knight–we’ll get into that in a second), a mild-mannered museum gift shop attendant who is struggling with memory issues and sleep walking. Both, as it turns out, are symptoms of a secret mental affliction which has, essentially, fractured his brain into different identities and consciousnesses. His other self, Marc Spector, was a mercenary hero adventurer who found himself the vessel of an ancient Egyptian god named Khonshu who gives him supernatural powers but forces him to work as a sort of avatar of vengeance. As you can imagine, this all makes poor Steven’s life increasingly difficult.

While Isaac does a very admirable job of differentiating between the two core personalities, and embodying the costumed superhero personas, it’s difficult to miss the feeling of overcompensation. There seems to be a very real concern that audiences won’t be able to keep up with what Moon Knight is putting down and, in an effort to mitigate this, Steven Grant specifically spends the bulk of the first four episodes asking the same questions, circling through the same conflicts, and squawking the same objections in his bizarrely fake British accent over and over again. It starts out endearing, mostly because Isaac himself is very charming, but after an hour or so of handholding and wheel-spinning in the name of re-emphasizing expository beats, the shine starts to wear off.

This strangely self-conscious pacing also spills out into the rest of the show. There are moments of genuinely cool, interesting horror where Steven finds himself in the crosshairs of very well-designed monsters, but these moments feel wedged in and grind to a halt as the action pivots yet again from showcasing a tense chase scene or a spooky creature to Steven’s confusion and reluctance to act.

Meanwhile, the series’ villain, Arthur Harrow (Ethan Hawke), does manage to thread the needle between predictable MCU bad guy and interesting antagonist most of the time. Hawke brings a nice cult leader style of charisma to Harrow that helps soften the awkwardness of the exposition he delivers far more than any of Steven Grant’s stuttering.

Where the show does get a chance to really get its feet under it–and where Isaac undoubtedly excels–is when the Steven Grant persona is swapped out for Marc Spector. Spector lacks Grant’s goofy accent and timid confusion, and instead takes over with a no-nonsense, action hero energy and confidence that is both fun and engaging to watch. Spector is simply the more interesting (and better-drawn) character, and it is unfortunate that the balance in the early episodes is so heavily skewed in the opposite direction.

The visual effects are similarly uneven. Some of the more horror-inspired moments work incredibly well–a number of which have been featured in the show’s promotional material–while others feel extremely generic and poorly lit not for any aesthetic choice but presumably for budgetary reasons. Though, in all fairness, this sort of wild variation between fight scenes, digital sets, and VFX creatures seems to be the going norm for all the Disney+ MCU shows thus far, so this probably won’t surprise or distract any viewers who are already initiated into the house style.

That’s not to say the show is without hope. Things certainly begin to pick up after episode two, but given that the limited series is only six episodes long, it’s difficult to not mourn the loss of all that wasted time. And, like any MCU show or movie, it is exceedingly hard to judge or qualify it as a work in progress. The last two episodes could very well make or break the entire effort–and, judging by what we’ve seen so far, things are still very much up in the air.