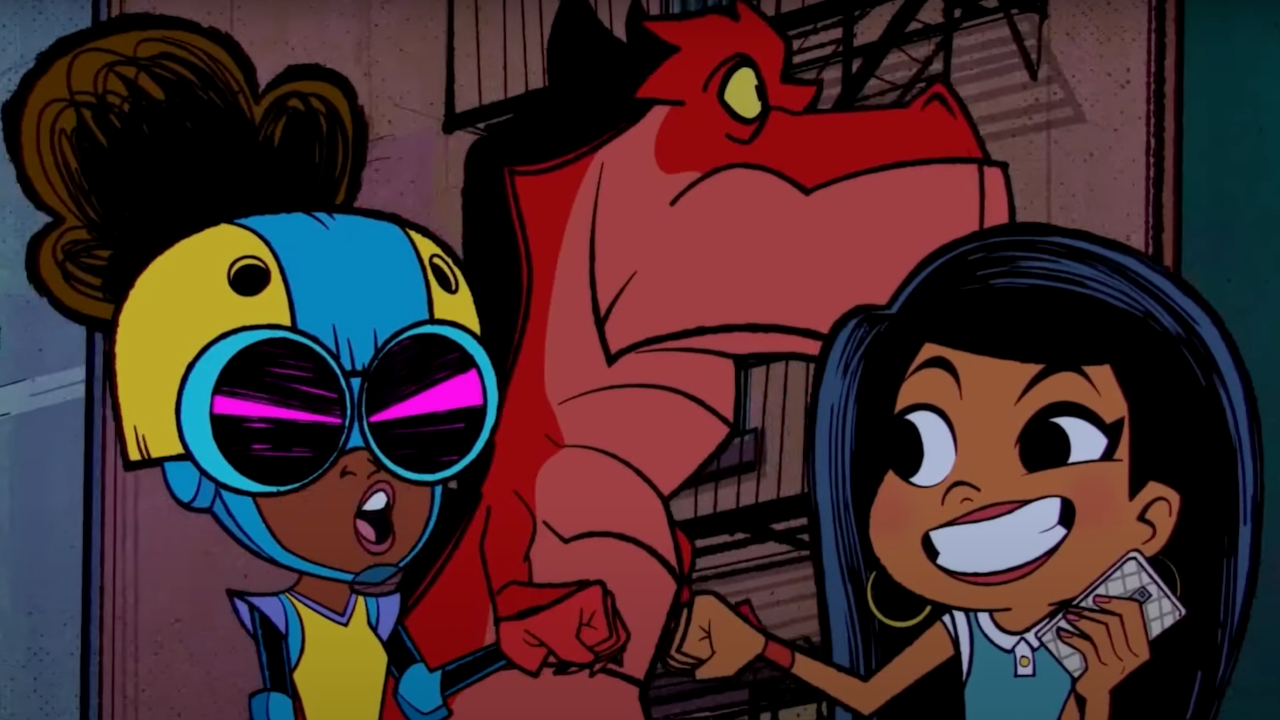 Marvel has released a new trailer for Moon Girl and Devil Dinosaur, the upcoming animated series following 13-year-old super-genius Lunella Lafayette (aka Moon Girl) and her 10-ton T-Rex. The show hits the Disney Channel on February 10, and then comes to Disney+ on February 15.

Based on the characters of the same name, the show features a reimagined take at the classic Avengers villain Graviton–the big baddie that Luna and her dino pal must protect New York against. After Lunella accidentally brings Devil Dinosaur into present-day New York, the duo works together to protect the city’s Lowest East Side against Graviton and lots of other dangers. Check out the trailer below.

The series was renewed for Season 2 back in October 2022.

Marvel has a strong slate of animated shows on the horizon. What If…? Season 2, Spider-Man: Freshman Year, and Marvel Zombies are all still on their way–and all take place in alternate realities within the MCU. Animated non-MCU projects coming this year include the highly-anticipated revival X-Men ’97, which was already picked up for Season 2 in 2022 after first being announced in 2021. Most of the surviving cast members of the original series will be reprising their roles.