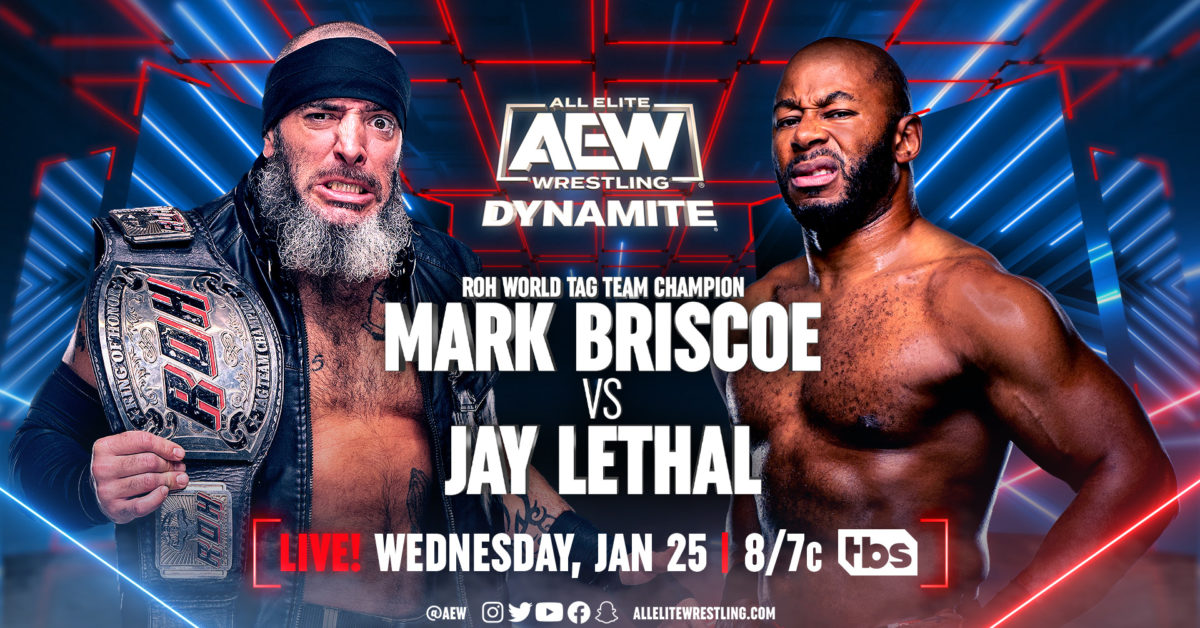 There are some big changes for tonight’s episode of AEW Dynamite. First and foremost, Mark Briscoe will wrestle Jay Lethal in a tribute match for the late Jay Briscoe, who died tragically in a car accident last week. The match will mark the first time a Briscoe has appeared on AEW Dynamite (not including the memorial graphic for Jay Briscoe that appeared at the start of last week’s show), a result of a policy long-rumored by multiple sources but never actually confirmed on the record, to come from AEW’s TV partner, Warner Bros. Discovery, in response to homophobic tweets made by Jay Briscoe a decade ago.

In the years since, Briscoe apologized for and denounced the tweets, modifying his stance in a way widely perceived as sincere. However, though the Briscoes were hired by AEW Owner Tony Khan to wrestle in sister-brand ROH, featured prominently on ROH PPVs, and were the reigning ROH Tag Team Champions until the time of Jay Briscoe’s death, the team was still effectively banned from AEW television, wherever that directive came from, until tonight. AEW did film matches for a Jay Briscoe tribute show last week, but it will air on ROH’s Honor Club streaming service. On a podcast recently, Khan said he “fought hard” to make the match happen. All of that is to say it will be an emotional night for fans and wrestlers alike.

Additionally, AEW has made a change to the advertised women’s triple threat match. Due to an injury, Britt Baker is out, so Toni Storm will take on Ruby Soho one-on-one on AEW Dynamite tonight.

Other matches and segments planned for tonight’s AEW Dynamite are as follows:

AEW Dynamite will air at 8/7C on TBS.