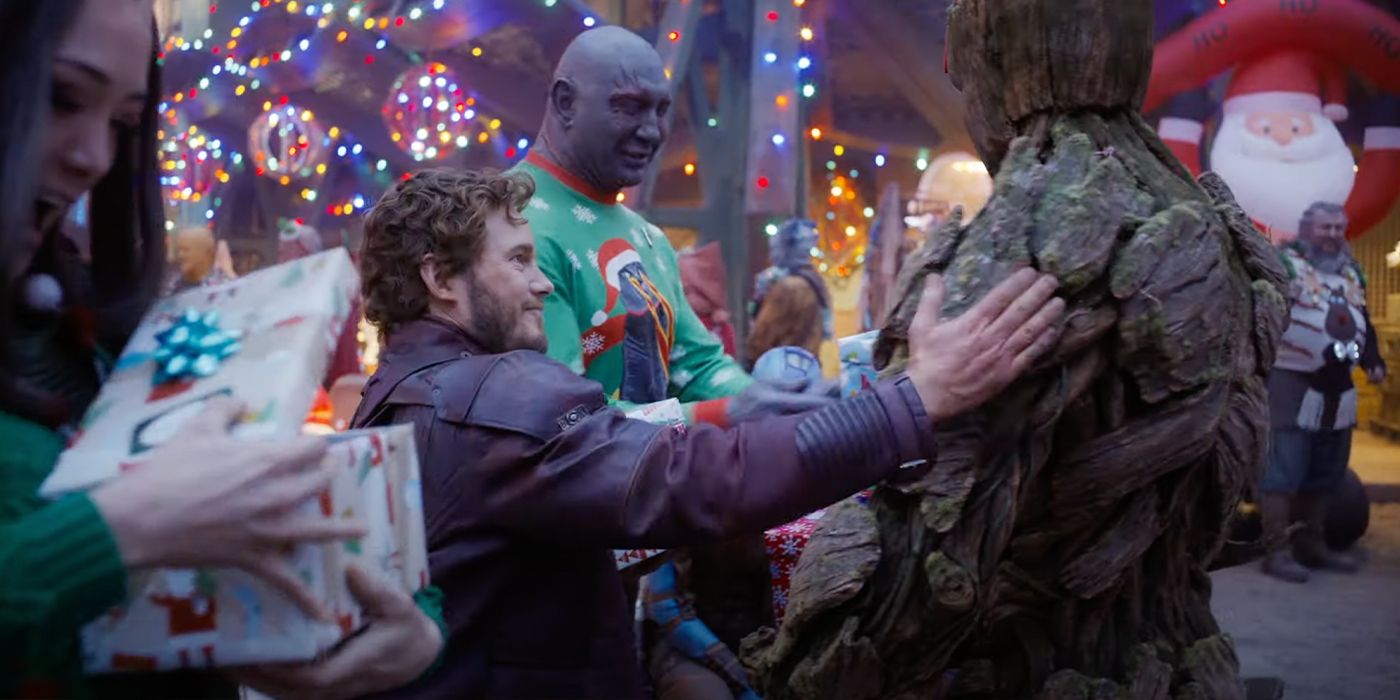 Marvel never lets its fans rest for too long after the release of a big project, and true to form, within a week of the release of Black Panther: Wakanda Forever, we’ve been given a new poster for the upcoming Guardians of the Galaxy Holiday Special. The James Gunn-helmed project, which will carry extra intrigue in the wake of his decision to grab the keys to the kingdom at DC Studios, arrives on Disney+ next week.

Ahead of that, Disney+ Netherlands has released some new imagery to tantalize our holiday taste buds and whet our Christmas appetites. The poster shows Drax and Mantis (Dave Bautista & Pom Klementieff) getting their holiday cheer on as they lie passed out in a street, wrapped in Christmas tree lights after what looks like another eventful evening for the Lloyd and Harry of the Guardians lineup.

This is another holiday addition that the Guardians are bringing to Disney, following the news that Disney World’s epic Guardians of the Galaxy: Cosmic Rewind roller coaster at EPCOT would be getting a holiday makeover for the festive period and launch the same day as the Holiday Special. As guests travel through space, following the Benatar, they will be accompanied by Christmas music and a ‘festive overlay’.

RELATED: ‘The Guardians of the Galaxy Holiday Special’: Release Date, Trailer, Cast, and Everything We Know So Far

The first trailer for the Disney+ feature, released last month, showed Drax and Mantis teaming up to give some holiday cheer to their friend Star-Lord (Chris Pratt), who is still mourning after Gamora’s (Zoe Saldana) disappearance following the events of Avengers: Endgame. To cheer him up, they take the Guardians back to Earth to celebrate Christmas in a more traditional manner, which – to the Guardians – involves breaking and entering, and kidnapping Star-Lord’s childhood hero, Kevin Bacon.

Gunn has promised audiences something special for this one, even claiming it’s the craziest thing he’s ever made. That’s a surprising claim from the man who concluded The Suicide Squad with Margot Robbie diving headfirst and swimming inside the eye of a skyscraper-sized alien starfish. It will also serve as a nice appetizer ahead of next year’s Guardians of the Galaxy Vol. 3, which will most likely wrap up the storylines of a number of characters, as well as Gunn’s career with Disney and Marvel for the foreseeable future.