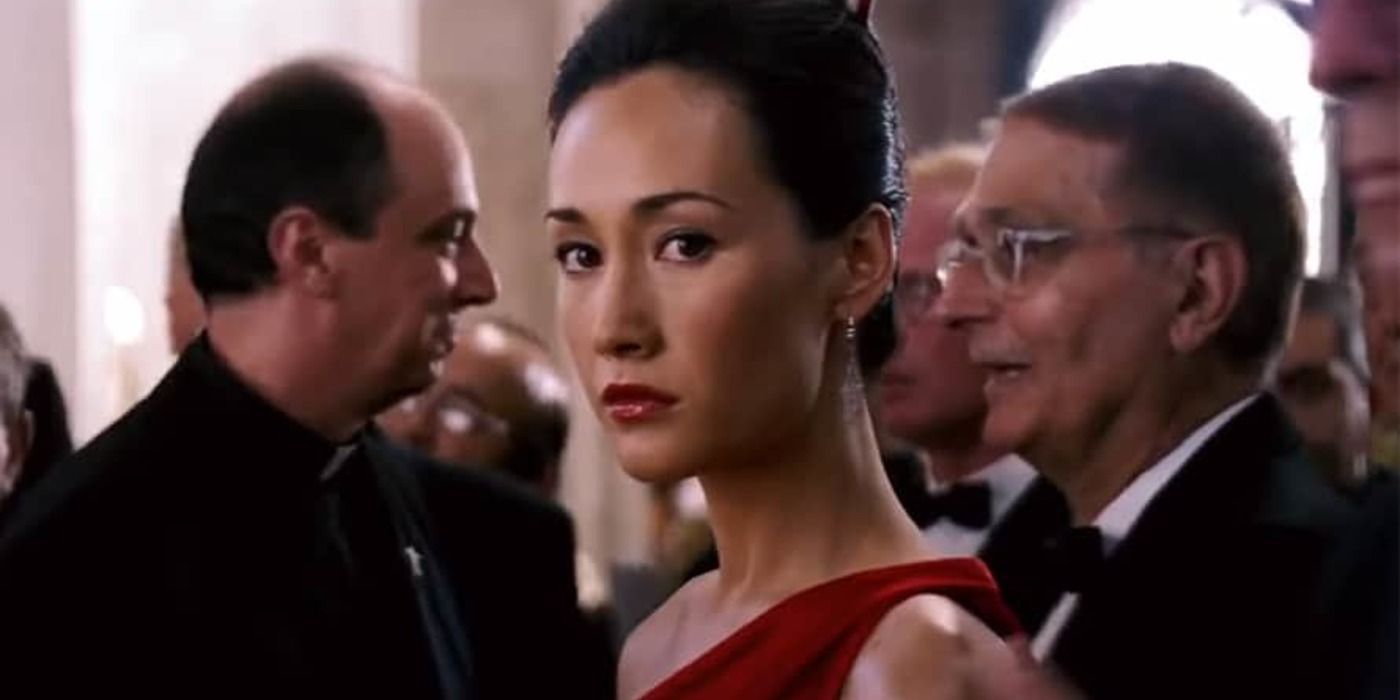 For podcast, Light the Fuse, the hosts Drew Taylor and Charles Hood did something special for fans following their epic 200th with guest appearance from franchise star Tom Cruise. Each episode the hosts talk with someone who either worked on the production of one of the Mission: Impossible films, or is close to them. For episode 201, action star and model Maggie Q was able to sit down and talk about her first Hollywood franchise, Mission: Impossible III, and working with Cruise. It turns out, before the explosions and stunts, Q’s audition landed her in the hospital.

Q began her career modeling at the age of 17, after leaving her home in Honolulu, Hawaii for Tokyo. With an athletic background in cross-country and swimming, the young model made a bold move to Hong Kong where, as if divined by the gods, she was discovered by martial artist, actor and director Jackie Chan. After undergoing training with Chan and his company, Q impressed the filmmaker and was cast for a role in his upcoming action comedy Rush Hour 2. It was in Hong Kong, too, that Q says she had a brief run-in with a CAA agent at a party, where the agent prophesied that Q would be in Hollywood within the year. Six months to the month, Q says, she received a call that would change her life:

“I got a call from a friend of a friend who said, ‘J.J. Abrams is looking for this role, and apparently he’s been casting for a couple of months, and he has not found the person. Like, you got to go to LA and meet him and cast for this movie.’ …so I fly to LA and… of course I land and the next day I wake up, and I am like the sickest person. I was so sick, I mean, like, I had the worst flu – I don’t know what it was, but I woke up, and I thought I was dying. And of course, I get a call from Paramount, and they’re like, ‘Well your audition’s at 3:30.'”

RELATED: Tom Cruise on His Passion for Stories Like ‘Top Gun: Maverick’ and ‘Mission: Impossible 7’

In her own words, Q “…got to Paramount, sick as a dog,” where casting director April Webster (Star Trek) sat her down and had a very brief heart-to-heart, after Q snuck in a desperate nap in the Paramount offices. Assuring the actress that they could make this audition work, Webster offered a solid piece of reality as she leveled with a “profusely sweating” Q. “You have 10 minutes to change your life,” Webster said. “If you can not be sick for 10 minutes and just reign this shit in, and just, like, do what you’re here to do – because I believe it’s you – …you will get this film.” To this day Q still credits Webster as the reason she landed the part of Zhen Lei in Mission: Impossible III.

During the podcast, the actress described her symptoms as flu-like, saying that only moments before going into the audition room she was working with a 105-degree fever and jumping between hot flashes and feeling so cold that she was unable to hold a drink in her hand without it spilling over. Casually, she tells the hosts that when she was let into the room, Q met with director J.J. Abrams, trembling so hard she spilled her tea. When asked if she was okay, Q brushed it off, chalking it up to jet lag. She then proceeded to perform three scenes for Abrams, one of which the actress says ended up in the final cut, and was immediately offered the part.

Abrams, who had been searching for someone suited to fill this role for months, was adamant about having Q join the production. When he asked her what they needed to do to get her into the movie, Q responded, “I think I need to go to the hospital.” The entire time she says her fever was raging to a point that she was barely aware of the audition throughout the entire process. After a night spent hooked up to an IV in the hospital, Q was released to her hotel where she slept off her drug-induced stupor. When she woke, she says she wasn’t even fully aware that director Abrams had offered her a role in the third installment of one of Hollywood’s biggest blockbuster franchises. In fact, the only indication she had of her new career was an enormous fruit basket, “as big as a person,” wrapped in cellophane in her hotel room. Confused, Q quipped that she was baffled seeing as she knew absolutely no one, not a soul, in L.A. at the time.

The card left with the basket read, “Here’s to a great mission. Love Tom and J.J.”

Mission: Impossible – Dead Reckoning Part One is in theaters July 14, 2023. You can check out the full interview with Light the Fuse below: