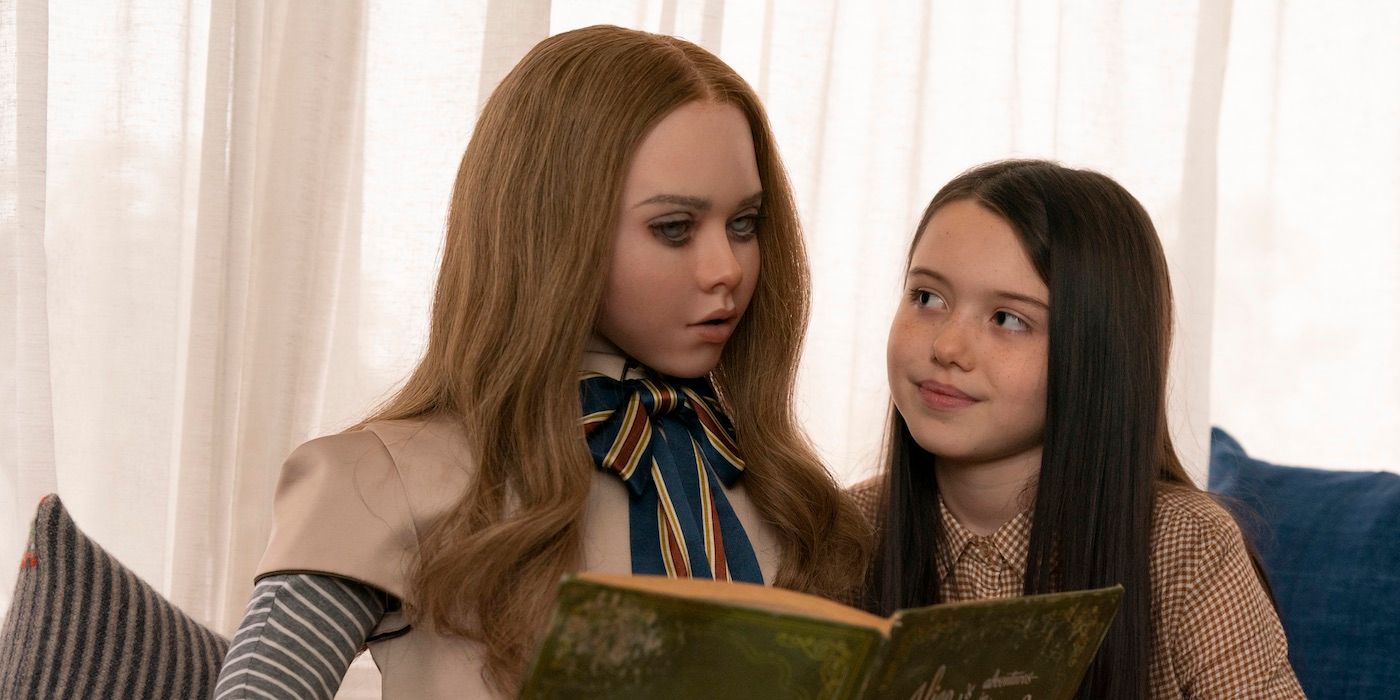 2022 was such an incredible year for horror, but 2023 is already gearing up to rival this historic genre year. It all starts with M3GAN in January from Jason Blum’s Blumhouse and James Wan’s Atomic Monster. The horror film directed by Gerard Johnstone caught the internet by storm when its trailer was released last month. Now, in a piece from The New York Times, it has been revealed that Universal is already discussing a sequel for M3GAN.

In the article, which largely focused on the juicy topic of Atomic Monster and Blumhouse potentially merging, it was revealed that the Insidious director originally pitched his idea for M3GAN to Warner Brothers. WB passed on the idea because they thought it was too similar to Annabelle in their Conjuring franchise, of which Wan is the Godfather. However, that’s how Wan ended up at Universal and Blumhouse’s door. Apparently, Universal is so pleased with how the film turned out that they’re already discussing a M3GAN sequel. That’s all we know for now, but given how much of a viral sensation the upcoming horror film’s trailer was, it’s easy to see why. As the NYT article points out, TikTok posts featuring #M3GAN have been viewed over 300 million times since the trailer was released. Blum even dressed up as Universal’s new icon for Halloween this year.

The M3GAN trailer came out of nowhere but presented an intriguingly fun-looking update on the “evil doll formula” originated by Chucky. The comparison between the two killers was so apparent that M3GAN and Chucky hilariously had a Twitter feud. Universal’s new potential franchise is out for blood and, even though the Chucky comparison can be made, M3GAN is one evil entity that seems to be more than what appears on her plastic surface. The classic science-gone-wrong setup paired with the acrobatic and nimble movements of M3GAN will have you afraid of comparing her to other cinematic killer dolls.

Earlier this year Scream proved that January is an excellent time for horror movies. In a similar release weekend to the one M3GAN is in, Scream made over $140 million worldwide. While M3GAN is a new IP, it’s the best spot for the internet’s new favorite fictional killer to take over the box office and become horror’s next big franchise. Blumhouse and Atomic Monster have had a great history of turning a major profit on small-budget horror films like Insidious. Original horror is very hot right now with films like Smile and Barbarian making up a significant portion of the box office so far this Fall.

M3GAN stars Allison Williams (Get Out), Violet McGraw (The Haunting of Hill House), and Jenna Davis as the frightening title character. The film releases on January 6, 2023. While we wait to see how well M3GAN does at the box office and further news on a potential sequel you can watch the trailer down below.