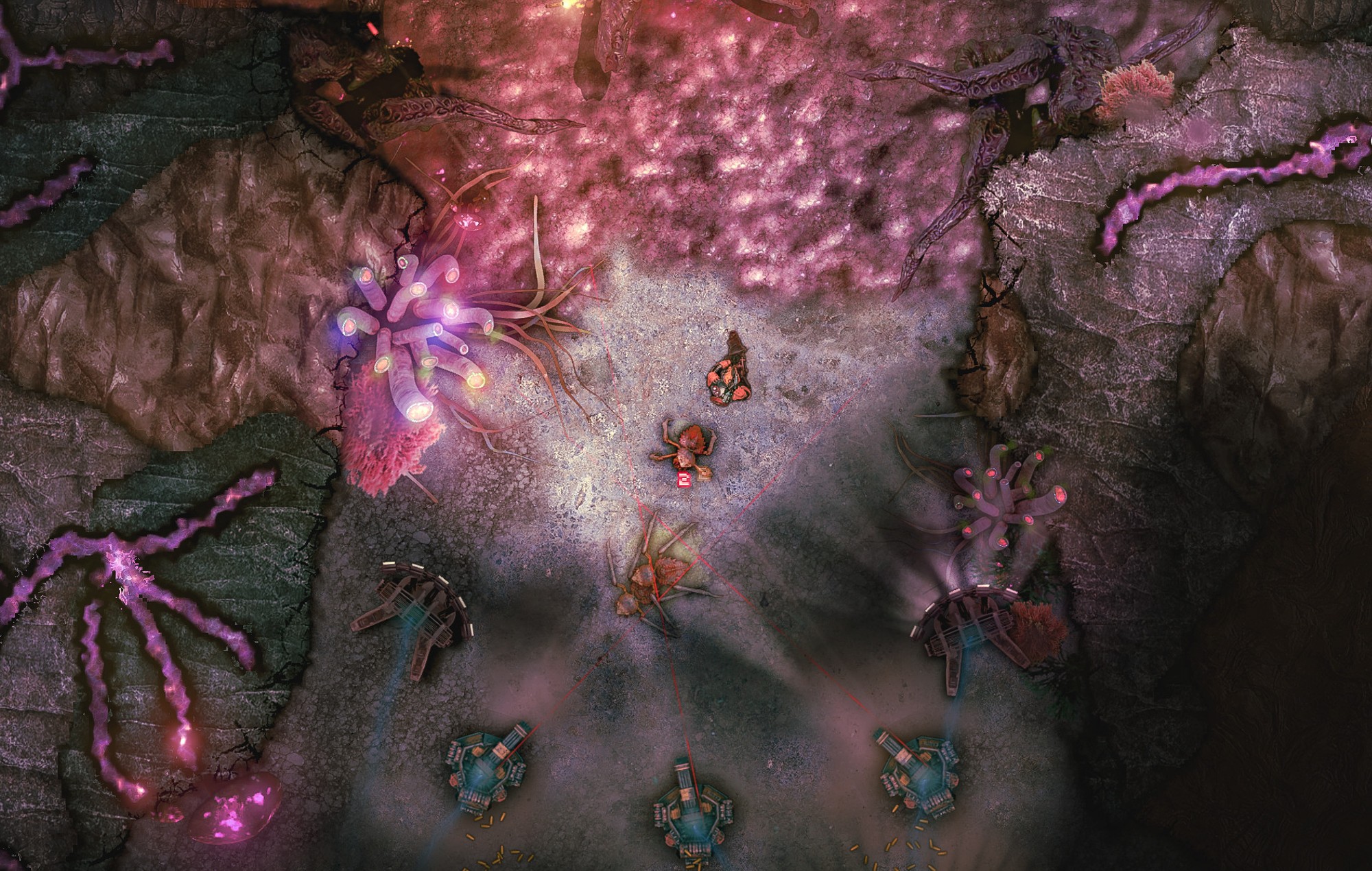 Unfinished Business is NME’s weekly column about the weird and wonderful world of Early Access games. This week, Rick Lane gets out his Black & Decker in survival shooter Lumencraft.

Lumencraft is not the most exciting Early Access project at first glance. Or indeed, second or third glance. Even with a hard stare, you might be pushed to spot much that’s distinctive about it. It’s a survival affair that combines mining resources with building structures and fending off waves of enemies, but beyond that there isn’t much of a hook. It’s like Factorio without the factories, or They Are Billions without the billions. It doesn’t have proper crafting in it either, making the choice of title somewhat odd.

You’d be forgiven for writing Lumencraft off as grist for Steam‘s Early Access mill. But there are nuggets of gold within its great brown seam of unremarkable back-of-the-box features. Although the game may not look particularly special, it feels satisfying to play, especially when it comes to what is probably Lumencraft‘s lead mechanic – drilling.

The game is set on Earth in the year 2221. Or more specifically, the game is set underneath Earth in the year 2221. That’s because the surface of our blue planet has turned an uninhabitable fiery red, and the scattered remnants of civilisation have been forced to establish a new life underground. Here, they venture through the darkness in search of Lumen, a newly discovered mineral that may hold the key to humanity’s salvation.

That’s what the plot outline says on Lumencraft‘s Steam page, anyway. You don’t get much of this from the game itself. Instead, each level plonks you unceremoniously into a top-down network of caves, dominated at its centre by a glowing energy reactor. From here, you need to mine resources and build a base capable of withstanding assault from the many critters that prowl beneath the Earth’s crust.

Did you see every 4️⃣ installments in @Wanderbots’ Lumencraft #EarlyAccess series? Nope 🤔? Sit down comfortably 💺 (how about some popcorn? 🍿) and watch the #Gameplay! 📺

There are two resources you need to harvest. Metal, which is used for building structures, and Lumen, which is used in everything else. Both are acquired by drilling into glittering seams scattered about the rock face. Drilling is not an easy mechanic to make engaging, especially in a game with a simplified top-down view like Lumencraft. But developer 2Dynamic Games squeezes every possible ounce of satisfaction out of punching holes in rock with a spinning metal blade. The way your giant drill-bit smokes and reverberates off the rockface, showering the ground with debris, makes mining extremely tangible. Minerals also have different levels of hardness, adding further texture to your interactions with the environment (as well as facilitating a drill upgrade system that lets you mine through harder rock faster).

Gathered resources are used to expand and fortify your base, and a big part of Lumencraft‘s challenge is figuring out which of these is the priority at any given moment. When the game starts, you have half an hour before the first wave of enemies arrive, after which new waves will spawn every few minutes. Consequently, you need to balance constructing key buildings in your base – allowing you to manufacture weapons, upgrade your character, and research new technologies – with establishing defences like walls, gun turrets, and minefields.

Lumencraft‘s enemies can be tricky blighters too. They’ll only run blindly into your defences for so long, and will eventually start munching through the surrounding rock to open up new avenues of attack. Hence, your defences must constantly evolve, which is challenging given everything else you must attend to in those few minutes between waves.

This exercise in plate-spinning, combined with the satisfaction of general interactions, makes Lumencraft a surprisingly compelling experience. That said, there’s no escaping the fact that the broader presentation is bland.

The lighting effects are decent, particularly the way Lumen glitters pinkly in the dark. But beyond that, Lumencraft is a very brown game, displaying little visual flair. Most disappointing are the enemies, which are primarily bugs. Game developers, please stop making me fight bugs. Nobody has ever jumped into a video game thinking “Oh boy, I can’t wait to fight some bugs.” They’re not even particularly large bugs, the kind of creepy-crawly you could defeat with a decent quality boot, or an extra-large can of Raid.

Luckily, 2Dynamic Game is planning to add more enemy types as part of Lumencraft‘s Early Access roadmap, alongside more weapons, traps, new levels, and eventually, a fully fledged campaign mode. All this will help improve the experience, but what Lumencraft needs most is something to help it stand out. Perhaps the enemies could be weirder or scarier, or the traps more creative. Perhaps the drilling could be more elaborate, with more mineral types that interact with your character and the larger environment in unexpected ways. Without these, Lumencraft will probably still be a decent game. But if it wants to be something special, it needs to think outside of its rocky, subterranean box.