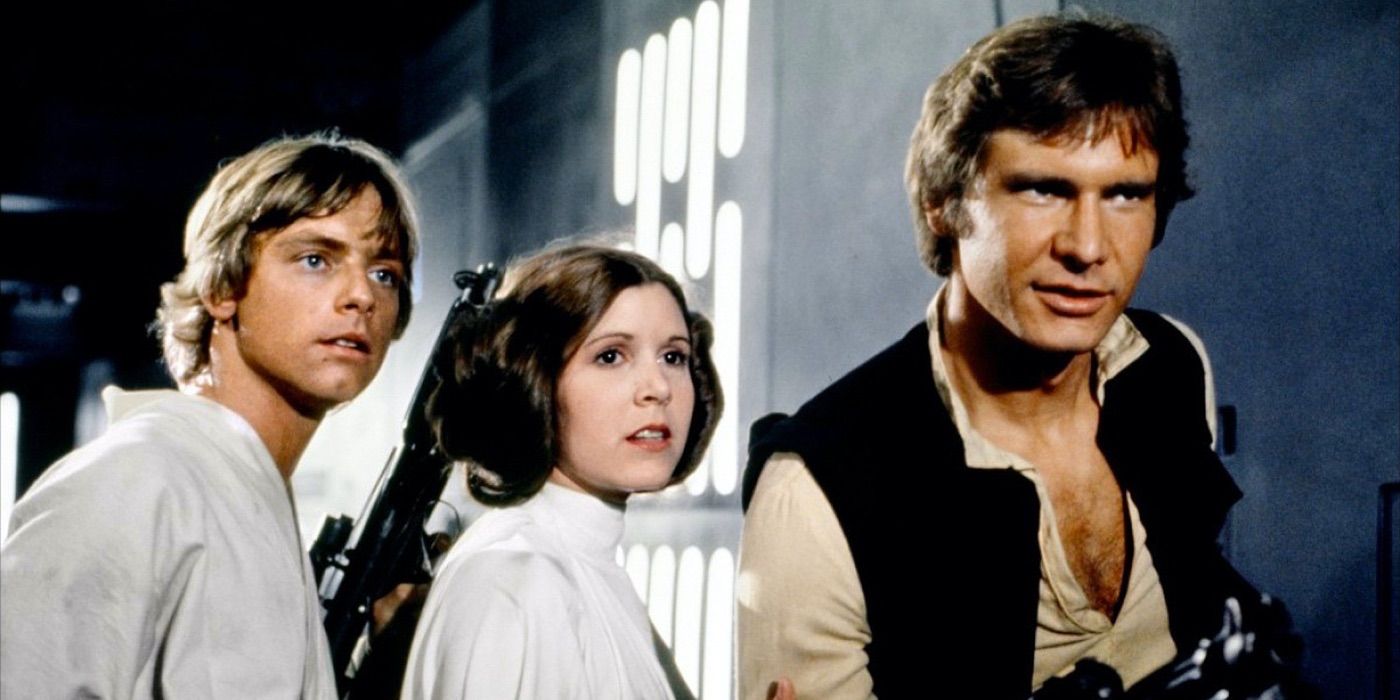 There’s no brand more iconic than Star Wars. Because of that, there’s no franchise that has more merchandise than Star Wars. A company responsible for a lot of that merchandise are the good folks at Funko. They have hundreds of Pop and Soda vinyl figures alone. Now their latest Pop, which is a part of their premium Movie Poster line, recreates A New Hope‘s original one sheet poster.

The Funko Pop comes with Luke Skywalker in his Tatooine garb and blaster. Also, like the poster, Luke has one of his trusted companions R2-D2 by his side. To top the figures off the poster the Pop is inspired by is nicely formatted behind them. Like all Pops in this style, this poster Pop comes in a plastic shell case which can be mounted on a wall for maximum display potential.

Star Wars, which would later get the subtitle of “Episode IV: A New Hope”, when it was released in 1977 took audiences by storm. No one saw an adventure or sci-fi film quite like it up to that point. Director George Lucas created one of the best coming-of-age hero’s journey stories ever told. Whether it was the mind-blowing special effects, the well-written characters, the expansive locations, or brilliant performances, there’s still not a film quite like the original Star Wars. Also, how the original poster looked had a lot to do with its success. It’s hard to believe now given all the “floating head” generic photoshop posters we have, but back then posters as well as the marketing behind them was an art form.

There’s no finer example of that then with this Star Wars poster. The imagery of a hand drawn Luke pointing his blaster at the audience with Han Solo, Princess Leia, C-3P0, and R2-D2 by his side as the sinister Darth Vader and his Death Star looms above is what the sense of adventure is all about. Again, at the time no one knew what any of this meant. No one knew who Luke Skywalker, Obi-Wan Kenobi, or The Empire were which made this poster all the more intriguing. People needed to know what all this space mumbo jumbo was about.

This Funko Pop perfectly captures that original sense of wonder that that poster sparked in its future lifelong fans. There have been 11 films, a dozen shows, and thousands of Funko Pops since 1977, but the core of what makes this everlasting franchise so great is found in A New Hope. To add to your Star Wars collection, you can pre-order the Star Wars: A New Hope Funko Pop! Movie Poster on Amazon now. A New Hope, along with the entire franchise, can be streamed on Disney+. The trailer can be viewed down below.

How James Cameron Tricked Sigourney Weaver Into Signing on for Aliens