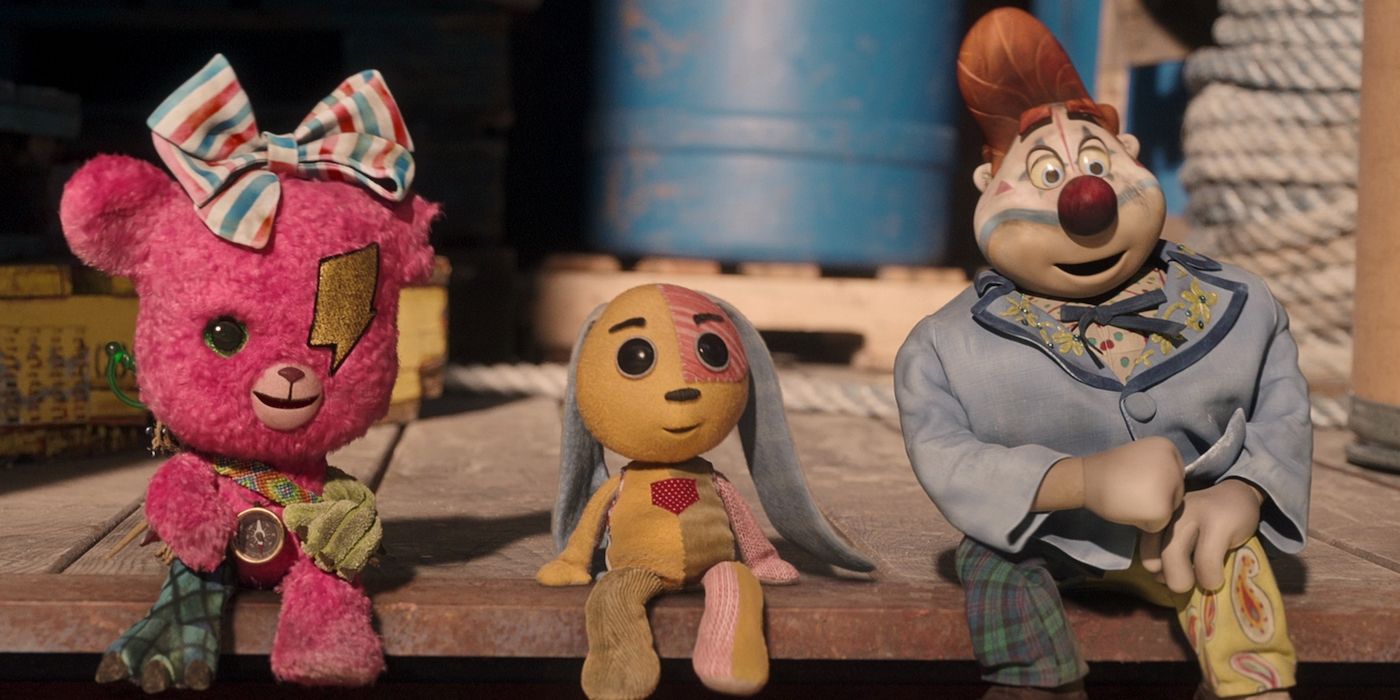 Even though Lost Ollie was announced all the way back in 2020, Netflix remained surprisingly mum when it came to teasing us about the upcoming limited series. Apart from the cast reveal and the first-look images unveiled back in late June, we were still missing a trailer. Now, as the premiere date of the series gets closer than ever, the streamer decided to finally treat us to a deeper look into the story and what we can expect from its tone and rhythm. The show centers around a stuffed animal that, after being separated from its owner and best friend, embarks in an adventure to find its way back to him.

Even though Lost Ollie’s premise gave fans some “live-action Toy Story” vibes when it was first announced, the trailer proves that the story is probably going in a bleaker direction, with a protagonist that looks and sounds a little melancholic. The Toy Story similarities are there, though, including the tight bond of the toy with the human, and Ollie meeting other strange toys in his quest to return home.

The trailer also reveals that Lost Ollie is going to be an adventure full of heart, as the title character gets to meet humans and other toys that teach him some lesson about life. In addition, the trailer showcases the excellent blend of CGI and stop-motion animation that brings Ollie and his toy friends to life – which suggests that Lost Ollie will also be a visual spectacle.

Lost Ollie is based on the children’s book Ollie’s Odyssey by renowned author and illustrator William Joyce. The series is adapted for television by Shannon Tindle (Kubo and the Two Strings, Coraline), who serves as creator, writer, and executive producer. The episodes are directed by Academy Award Winner Peter Ramsey (Spider-Man: Into the Spider-Verse) who also acts as executive producer.

The voice cast of Lost Ollie features Jonathan Groff (Mindhunter) as Ollie, Mary J. Blige (The Umbrella Academy) as Rosy, a fierce warrior teddy bear who was stitched together with parts from other toys, and Tim Blake Nelson (Nightmare Alley) as Zozo, a clown doll who is an old toy and an even older soul who’s ready to give Ollie great advice. The live-action section of the cast features Kesler Talbot (50 States of Fright) as Ollie’s best friend Billy, and Gina Rodriguez (Jane the Virgin) and Jake Johnson (Minx) as Billy’s parents.

Netflix premieres all four episodes of Lost Ollie on August 24.

‘Lost Ollie’ is an epic adventure about a lost toy who braves the many dangers of childhood as he searches the countryside to reunite with the boy who lost him; and the story of the boy who lost more than a best friend. It’s a heartwarming tale for the child in us all, remembering those special souls that we’ve lost but who forever changed our lives.

where and when to watch