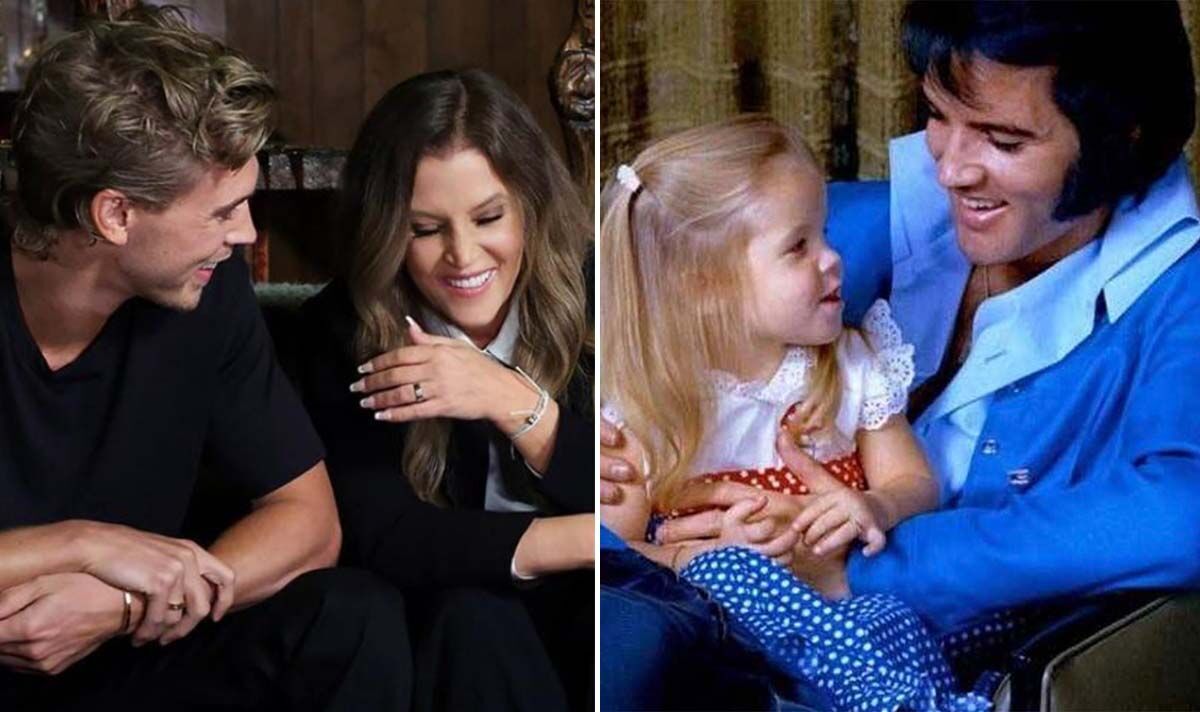 Next week the Elvis movie finally hits cinemas and the film’s world press tour is still ongoing. Earlier this week, the cast and director Baz Luhrmann flew into Memphis, Tennessee for a premiere at Elvis Presley’s home of Graceland. Austin Butler and Tom Hanks were joined on the red carpet by three generations of The King’s family: his ex-wife Priscilla Presley, daughter Lisa Marie Presley and her three daughters.

Tragically, Lisa Marie’s only son Benjamin Keough wasn’t present after his death in 2020 at just 27-years-old. Elvis’ only grandson, who was the spitting image of the music icon, is buried by him in Graceland’s Meditation Garden.

It’s been an incredibly tough last couple of years for his mother, who made a rare public appearance to attend the Elvis movie premiere. The King’s daughter said she loved the film and that Butler was the first actor to finally get her dad right on screen.

Lisa wrote in a post: “I had such an emotional and incredible trip to Memphis, meeting, and spending time with all of the cast of Elvis. I have so much love and admiration for all of them [four blue heart emojis]. Thank You to @austinbutler @bazluhrmann Tom Hanks, @elvismovie @visitgraceland @wbpictures.”

During the Elvis movie cast’s visit to Graceland, Lisa Marie took part in a special documentary, giving her first interview in a very long time.

Photos of her sitting on a sofa in the Jungle Room with Butler have been released ahead of the special called Exclusively Elvis, which airs on ABC News at 10/9c on Tuesday.

Sharing snaps of a touching moment with the Elvis actor, she wrote on her Instagram: “I do believe that this may be my first smile in 2 years.”

Butler was also seen saying: “I mean looking at your dad, you just watch him on stage and you go, how are you doing that? It’s so remarkable. And it’s hard not to feel like you’re so small in comparison and that you’re not enough. For me, all those things that I could then find that clicked into his spirit, that then became the thing that carried me through.”

Future Plans For Subnautica And Below Zero Detailed