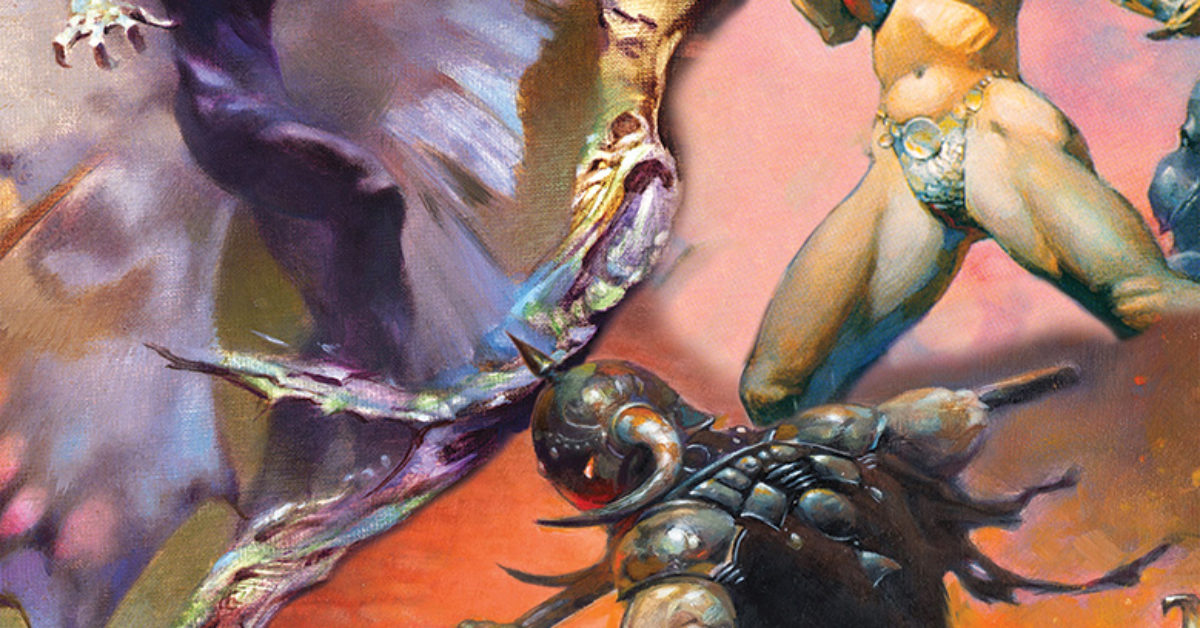 The Free Comic Book Day (FCBD) Committee has selected the thirteen  Gold and thirty-one Silver comic book titles – though none of them from DC Comics – for the comic book industry’s most anticipated annual event, Free Comic Book Day, celebrated annually on the first Saturday in May at participating comic book shops worldwide, with next year’s event taking place on Saturday, May 6, 2023. DC Comics’ absence is because they are only distributed by Diamond in the UK, exclusive in the US with Lunar. While Marvel and IDW have left Diamond for PRH, with Dark Horse to follow, they allow Diamond to subdistribute from PRH. DC Comics will not. The participating titles were curated by 20+ comic shop retailers who make up the FCBD Selection Committee.

We had the Gold Free Comic Book Day 2023 titles previously (reproduced at the bottom), and now we have the Silver titles as well, including the launch of the Frank Frazettaverse from Opus Comics, and the Stan Lee graphic biography I Am Stan from Ten Cent Press. Here are the full listings we have so far.

Ten Speed Press | I AM STAN

Titan Comics | RUNESCAPE: UNTOLD TALES OF THE GOD WARS
Writer(s): Ryan O’Sullivan
FC, 24pp, On sale: May 6, 2023
COVER ARTIST: DAVID BARKER
After more than 21 years of setting world records (300M+ accounts and counting!), Jagex and Titan Comics are bringing out a brand new comic series; the first to be set in the iconic medieval fantasy realm of Gielinor, which is home to humans, elves, dwarves and dragonkin alike. Filled with vibrant characters, daring adventure and mysterious magicks, the series will kick off in an epic Free Comic Book Day issue you won’t want to miss.

TOKYOPOP | THE NIGHTMARE BEFORE CHRISTMAS: THE BATTLE FOR PUMPKIN KING #1

Gold titles are those that retailers have to order to be part of Free Comic Book Day, Silver titles are just optional for participating comic book stores.

Get a first look at the all new original graphic novel that explores what happens when a ragtag group of teens accidentally release an unknown darkness from an abandoned house.

This Free Comic Book Day special aims to get to the bottom of why and how Riverdale has been such a hotbed of cruel monsters, unusual events, and terrifying tales.

This bold new take on the Power Rangers mythology is the start of an epic saga perfect for longtime Rangers fans and new readers!

In The Umbrella Academy, the superpowered siblings must stave off a universe-shattering cosmic horror. In The Witcher, Geralt set outs to uncover why women are turning into frogs.

Graphix | DOG MAN AND THE LEAGUE OF MISFITS

The newest series from Eisner Award-winning creator Jeff Lemire. When a child running away from home befriends a monster, she sets off a chain of strange events and bad omens.

Get a sneak preview of the manga adaptation of a worldwide Netflix hit, which will be announced at AnimeNYC, plus a back up story of the adorable, all-ages manga, Lovely Muco!

With the dangerous Meridius readying for war, the stage is set for catastrophe, and this year’s Free Comic Book Day will mark the beginning and end of the symbiotes.

This issue features a pair of all-new stories that set the stage for the next evolution in mutant adventures, Fall of X. It also introduces an uncanny new lineup for a new team book launching next year.

This Free Comic Book Day special focuses on a young Conan, as he dreams of a life of adventures and envisions all of the future journeys that he will eventually encounter throughout his fabled career.

In Choujin X, two inseparable best friends are attacked by a superhuman mutant, leaving one of them to transform into a Choujin. In Rooster Fighter, a determined rooster fights to save humanity from roaming monsters.