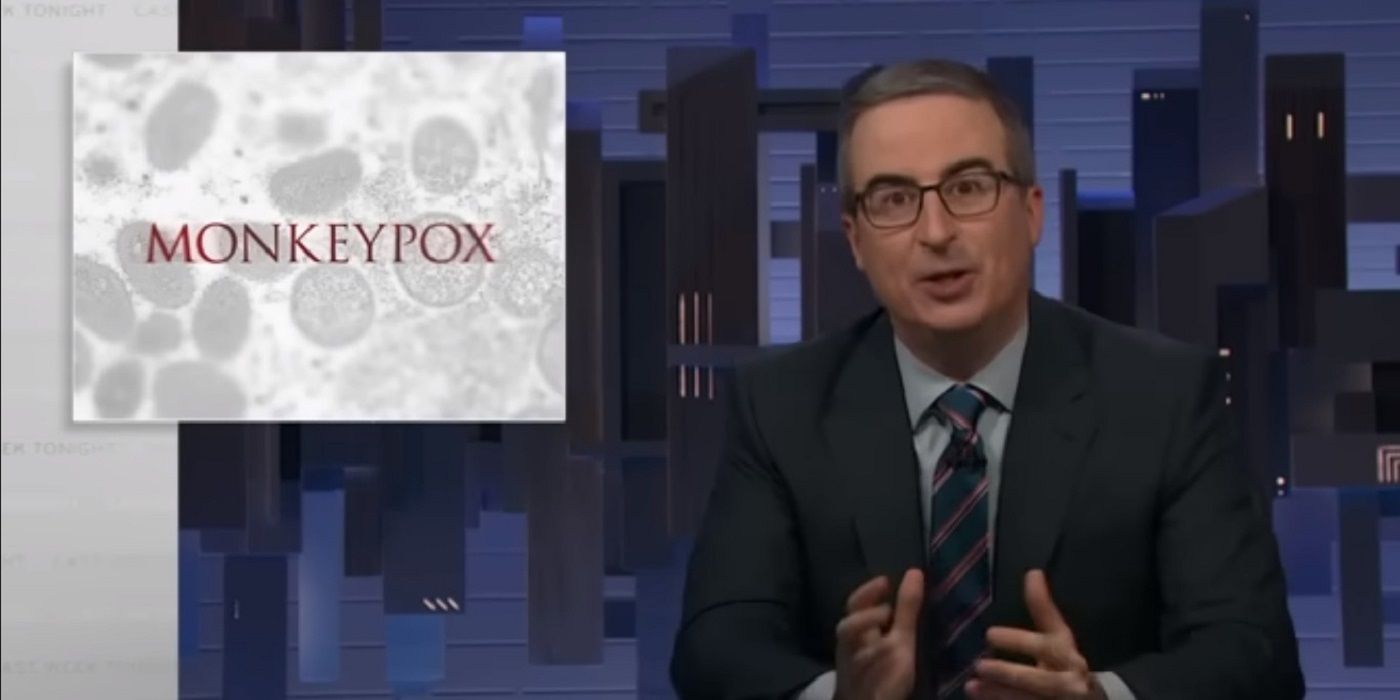 This latest Last Week Tonight episode which aired on Sunday, August 7, discussed as its main topic “something that has been getting more and more urgent over the past two months”: the rising numbers of monkeypox cases. Surely, no one likes to hear about this, especially while still feeling the lingering trauma of Covid safety measures and lockdowns. But, as Oliver points out, “despite the fact we’re still in the middle of the COVID pandemic, we seem to be replicating some of its key mistakes, from persecuting strangers to spreading misinformation to badly mismanaging the public health response”, and hence why Monkeypox is a relevant and timely subject for Last Week Tonight to tackle.

Before Oliver jumped into the main topic, he first discussed a chorizo slice posing as a “distant star” and Alex Jones’ “masterclass” on how not to behave in a court of law. Then, the host segued into the subject of Monkeypox by comparing it to Glee star Leah Michelle‘s comeback, in the sense that “it’s an unpleasant surprise, and the longer we let it continue the harder it’ll be to stop.”

The British-American comedian explains the main symptoms of this poxvirus, which include “skin lesions which can, in severe cases, be extremely painful.” So much so, that people have gotten creative in describing the sensation, one man saying it is like “sitting on shards of glass”, another that it’s like “a potato-peeler” to the skin. Although it is not “as transmissible or as fatal” as smallpox, it can still result in blindness or even death in some rare cases.

There was no way one could discuss Monkeypox without discussing the misinformation surrounding it, similar to what happened with Covid. But in addition to misinformation, there have been people who have stigmatized the disease. All in all, we “seem to be replicating some of [the Covid pandemic]’s key mistakes”.

Previously, it had been thought that this outbreak could be contained. According to Oliver, this optimism was not “unwarranted.” We were way more prepared to deal with the Monkeypox outbreak than we were for “the early days of Covid.” Unlike the 2020 Coronavirus outbreak, we had “pre-existing tests, vaccines, and treatments.” However, if things had been properly handled Episode 19 of Season 9 of Last Week Tonight would have been about some other pressing matter. But here we are. Oliver proves to us once again that humans have an inherent tendency to repeat the same mistakes.

The Flag Takes Star Spangled Flight in Our Flag Comics, Up for Auction