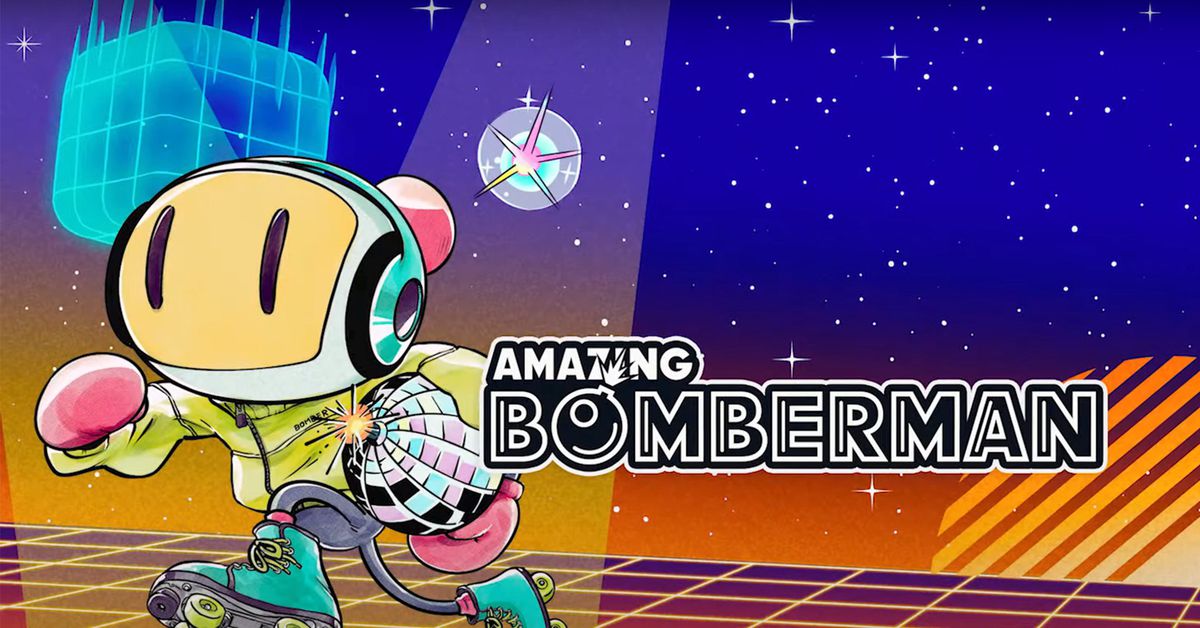 Konami unveiled a new take on Bomberman, the competitive blast-’em-up series that arguably peaked in 1997 with the dual release of Saturn Bomberman and Super Bomberman 64, that looks quite different from recent attempts to revive the franchise. Amazing Bomberman, as it’s called, retains the classic top-down gameplay of the best Bomberman games, but adds a musical twist.

As you can see in the above trailer, Amazing Bomberman includes sights and sounds reminiscent of games like Pac-Man Championship Edition, Space Invaders Extreme, and Tetris Effect — all classic games reimagined with stylish visual and aural flair. Amazing Bomberman’s approach looks a bit more intense, with videos and musical effects that will alter the game’s stages in time with the beat.

In a news release, Konami said that Amazing Bomberman will includes seven stages at launch, each with their own original tunes composed by artists from Japan and abroad. And while some game visuals have been modernized to match Amazing Bomberman’s presentation, the series’ classic graphics for power-ups remain the same. It’s a strange combination of Dance Dance Revolution style and 30-year-old Bomberman gameplay, but hopefully it works in practice.

Amazing Bomberman will be available exclusively on Apple Arcade when it launches later this week. The game will be playable on Apple TV, iPhone, iPad, and Mac. An Apple Arcade subscription costs $4.99 per month, and is included with Apple One’s Individual ($14.95), Family ($19.95), and Premier ($29.95) monthly plans.

Denial of responsibility! Gamers Greade is an automatic aggregator of the all world’s media. In each content, the hyperlink to the primary source is specified. All trademarks belong to their rightful owners, all materials to their authors. If you are the owner of the content and do not want us to publish your materials, please contact us by email – [email protected]m. The content will be deleted within 24 hours.
0
Share Google News FollowFacebookTwitterEmailWhatsAppReddItPinterestTelegramFacebook MessengerLinkedinTumblr

‘Apex Legends’ Season 14 has snuck in a ‘Titanfall 2’ cameo