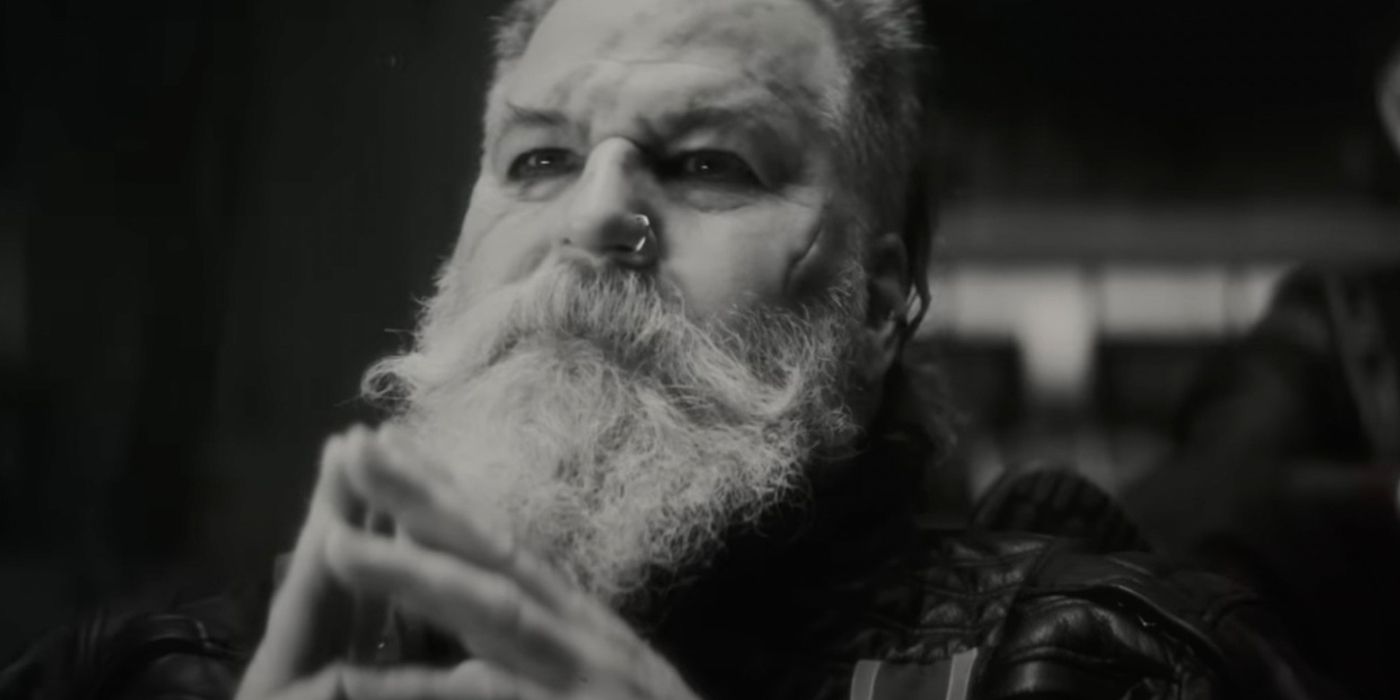 Collider’s own Steve Weintraub recently got the chance to sit down with legendary multi-hyphenate Kirk Thatcher to discuss his prolific career working in numerous roles throughout the industry. The Emmy-winning writer/director/actor/producer/effects whiz is now known for everything from Muppets Tonight to Star Trek IV: The Voyage Home and, more recently, Werewolf By Night, but during the interview, he also elaborated on his roots rising up through Industrial Light & Magic (ILM). It was there that Thatcher would blossom and meet a friend who would help him kick off his career – David Fincher.

Before he even started at ILM, Thatcher describes his fascination with Star Wars that would one day lead him to the studio. At 15, he’d heard the hype surrounding the revolutionary sci-fi film and made sure he was there on opening day to see it unfold. “So I kind of knew it was coming out, and I went and saw opening day at Man’s Chinese, the first screening, the 12-noon screening at Man’s Chinese, completely blown away and just became a huge Star Wars fan instantly.,” he told Weintraub. Bought the books, including the Star Wars sketchbook by Joe Johnston.” His love for the films would almost immediately lead him to an important industry connection. “So maybe within three months of that opening, my mom came home from church on a Sunday afternoon and said, “Hey, I just met a gal at church, a really nice lady, whose son worked on Star Wars.” Her son was Johnston, then a concept artist and special effects technician for Star Wars: A New Hope.

Thatcher got to meet with Johnston since ILM was originally based only a mile away from where he lived in Van Nuys and the two hit it off with a young Johnston taking an even younger Thatcher under his wing and showing him around the studio. “He showed me around ILM, which at that point was starting to do Galactica,” he said. “I still have one of his sketchbooks he signed, and one of them said, ‘Kirk, are you available for the sequel?’ So I will never sell that one.” Seeing ILM inspired Thatcher who desperately wanted to work alongside Johnston, even if it just meant sweeping the floors of the studio until he could finish high school. They maintained a friendship that would last through Thatcher’s high school years with yearly calls to keep in touch.

Following high school, Thatcher and his friends would take a trip up to San Francisco only to make a detour to the new ILM studio after they left Van Nuys. Johnston was kind enough to give them a tour of the creature shop which ultimately would influence the beginning of his career:

So he gave us a tour, and I gave him this rubber monster, this creature I’d made for a movie I was making with friends in high school, and it was this kind of big fat, very Jabba-ish character, in terms of fat and big kind of moobs, and big lower lip, and buggy eyes. And it was this fat demon that I’d made for a movie I was doing with friends. Just because, I don’t know, I was like, “Here, I bring this to you.” And he was like, “Thanks, weird kid.” So he put it up, he nailed it to the wall in the creature shop, which at that point was one room. They called it the Rubber Room back then. It’s where they made the dragons for Dragon Slayer and the melting, exploding heads for Raiders. So it was just one room where all the creature stuff was done.

RELATED: Step by Step, David Fincher’s ‘The Game’ Drags You Into a Living Nightmare

After that day, Thatcher would start his degree in film at UCLA, though when word got out that work was underway on Return of the Jedi that he called Johnston again with hopes of landing a job with ILM. He had no idea, however, that Johnston had already given his name to legendary special effects artist Phil Tippett to come join the creature shop for the film, fulfilling his promise from the sketchbook he signed. “I’m like, ‘You’re kidding.’ He said, ‘No one told you.’ I said, ‘No, I just had this inclination because I’d heard the news that they were gearing up.'”

His little demon sculpture, along with years of friendship with Johnston, got him an in at ILM where Tom Smith eventually hired him, despite some failed attempts at persuasion by Ken Ralston and Chris Walas. “And I mean, literally they were like, ‘God, really? You could go to UCLA and get a film degree or something.’ I’m like, ‘Yeah, but come on.’ They’re like, ‘Oh God, you’re so stupid.’ I mean, they literally told me I was an idiot, and they just said, ‘It’s a terrible business, it’s really hard and it takes your soul.’ And I’m like, ‘You guys.’ And 40 years later they probably were right.” It marked the beginning of his career and many of his closest professional friendships including with Walas, Tippett, and, of course, Fincher.

Meeting David Fincher and Working on His Music Videos

Fincher started not long after Thatcher to help on Return of the Jedi. As the two youngest members of ILM, the two got along well along with Fincher’s roommate Craig Barron, who would eventually be a frequent collaborator with the director, but it seemed Fincher was destined for greater heights. He was called on to direct a viral and very infamous smoking baby commercial about the dangers of pregnant mothers smoking cigarettes which led to Fincher getting asked to work on music videos as they were becoming all the rage in the 80s. Thanks to his interest in production design, Thatcher tagged along. “We did about a year’s worth of music videos, starting with Rick Springfield‘s ‘Bop ‘til You Drop.'” he said, describing the experience. “And then we did a whole bunch of Rick Springfield videos for something called The Beat of the Live Drum, which is basically faking a live concert experience. And then we did a couple of videos for The Motels and Martha Davis.”

After that brief time together, Fincher and Thatcher went their separate ways. The former left to Los Angeles to form Propaganda Films while the latter was approached by Leonard Nimoy about producing and making a cameo appearance in Star Trek IV. “And he’s done well, I’m told.” Thatcher joked about Fincher. “Little Dave’s done well.” Fincher, of course, would go on to become one of the most prolific directors of our era, earning three Academy Award nominations, including for Mank, The Curious Case of Benjamin Button, and The Social Network, though he also earned high praise for iconic films like Fight Club and Se7en among many other projects.

Thatcher always saw the brilliance in his friend though. “I mean, Dave and I were buddies, and he is an incredibly smart guy, and what’s funny is a lot of people I work with have a great sense of humor that you don’t see in their work so much,” he said. “His stuff tends to be kind of dark and serious. Although, for me, when I saw… What was it? Oh, Fight Club, I said, ‘Oh Dave, you made your first comedy.’ Because we both share a dark sense of humor and we sometimes would debate whose sense of humor is sicker.” He especially thought that, from a young age, Fincher had an incredible knowledge of cameras, lighting, and lenses that infuriated his seniors. Thatcher added:

In fact, he ticked a lot of people off. We were so young that just the fact that he knew so much and had opinions would very often give him the moniker of L’Enfant Terrible, like he was this opinionated little jerk, and he wasn’t, he just had strong opinions and obviously proved that he knew what he was talking about, which sometimes really ticks off older people in the business. But yeah, he was great. We’re still friends, and we had a lot of fun, and killed ourselves. I think “Bop ‘til You Drop” were 18-19 hour days.

For Thatcher, those days of hoping for a chance at ILM with Johnston and the ensuing long hours working on music videos culminated into a special career full of accolades and great stories. Check out the trailer for Werewolf By Night below which sees him take on the role of the monster hunter Jovan.