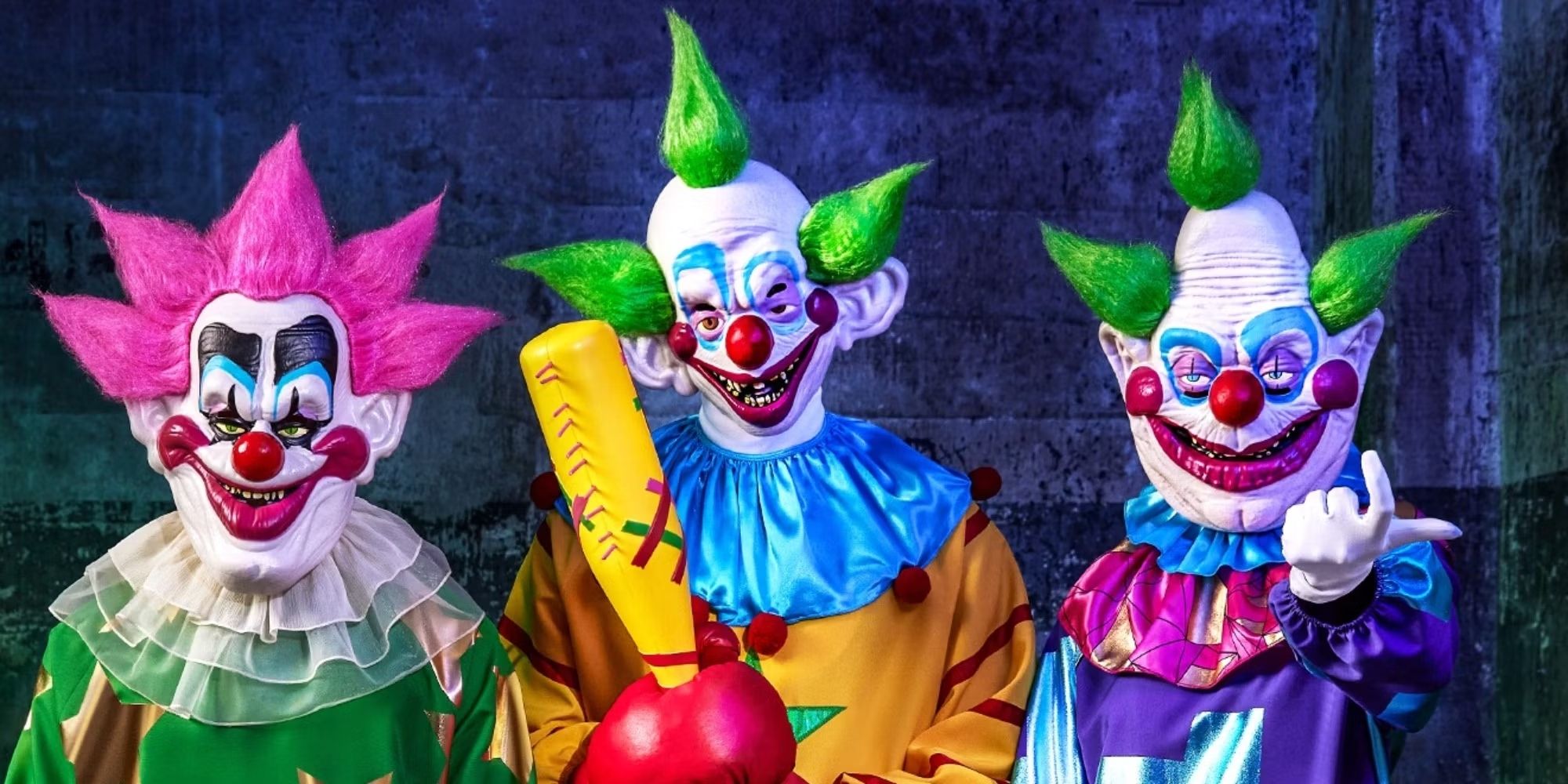 Five playable Klowns based on characters from the classic 80’s film were detailed in a new trailer.

Teravision Games has released a new trailer for its asymmetrical horror game, Killer Klowns From Outer Space, via IGN, showcasing the five playable classes and their weapons that can be used to wreak havoc in the city of Crescent Cove. The developer team also provided fresh details on Trapster, Fighter, Tank, Tracker, and Scout’s class abilities compounded with their respective gameplay style.

Following on from the gameplay clip that showcased AI-controlled minions, Killer Klowns From Outer Space received yet another trailer that takes a closer look at five killers and their set of abilities. First off, each Klown is equipped with a raygun to slay humans encountered in Crescent Cove. They will also have the Klown jump ability which allows killers to jump to any point on the map. In addition, each Klown has a healing laughter ability to heal themselves out of combat.

The Trapster, as his name suggests, is a trap-laying class based on Rudy from 80’s classic horror film Killer Klowns. Trapster wields a Jawbreaker Mace to cause an explosion of popcorn. If popcorn makes contact with a human, all killers can see them through walls and Trapster can tag enemies on the map. He utilizes a deployable popcorn mine that allows Trapster to tag humans who run over it. Additionally, the killer can hold humans in a place with his Baby Cloen creature.

The tracker can use popcorn to highlight humans to his teammates, as he can also use a long-range weaponry Popcorn Bazooka. This Klown is good at chasing humans thanks to his ability to destroy obstacles. Scout, on the other hand, is the only class that can use the Klown jump ability in previously explored areas. He can also draw humans toward himself with his Hypnotic Lure ability.

The Fighter wields a pair of gloves to smash humans while transforming itself into a pizza box for a bit of stealth. He can also use his Speedy Tricycle to chase enemies down outside. Lastly, Tank is inspired by Chubby from the movie, who specializes in an Extendable Jawbreaker for increased power. His Rage Rush ability allows Tank to charge into humans and vault over obstacles.

Killer Klowns From Outer Space is a multiplayer horror that puts players in the shoes of iconic characters from the classic 80’s film against citizens of Crescent Cove. It will be released for Xbox One, Xbox Series S|X, PlayStation 4, PlayStation 5, and PC via Steam in early 2023.

NEXT: Stadia Exclusive Gunsport Has Been Unconventionally Preserved