Kennedy McMann Discusses Nace and What Lies Ahead 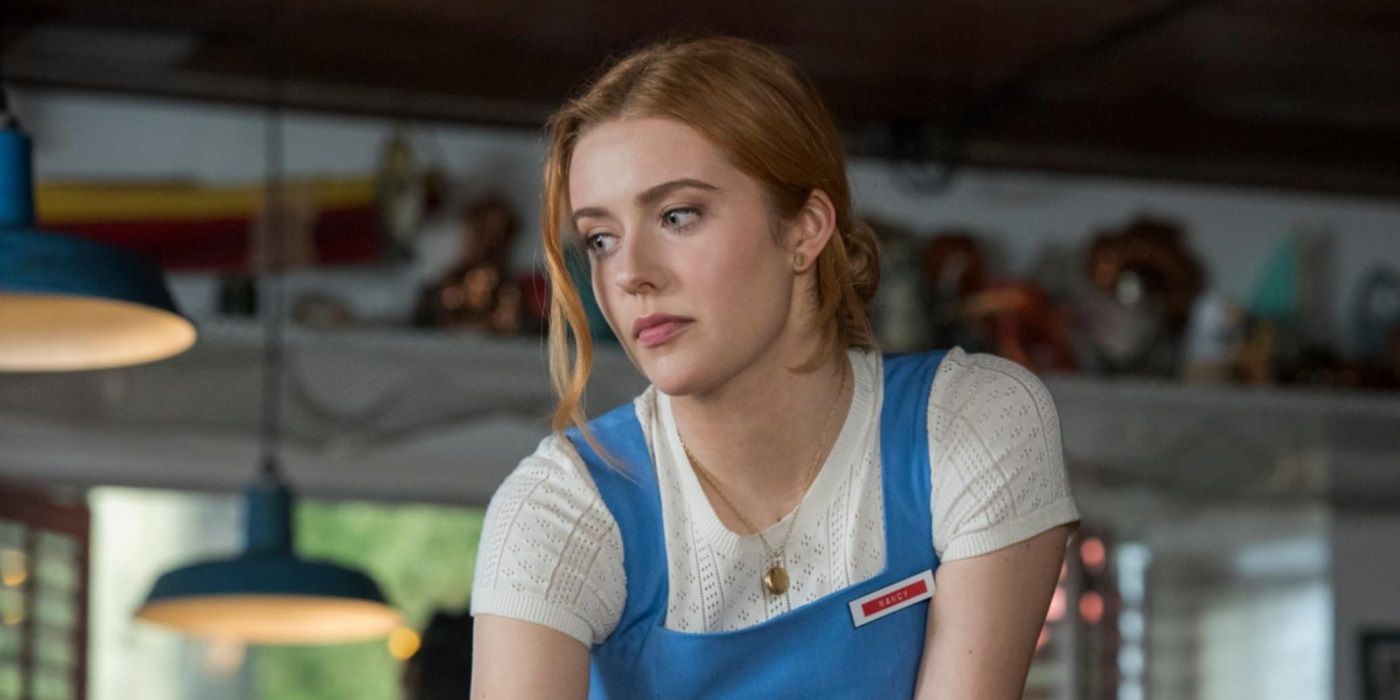 Nancy Drew may not be returning until 2023, but the show has survived quite a feat – surviving the recent onslaught of cancellations at The CW. And with filming having recently begun in Vancouver, not only can the show’s fans celebrate the fact that the show survived to fight cancellation another day, but details about the show’s next season have begun to trickle out. While Nancy Drew herself, Kennedy McMann, couldn’t reveal much, she joined The Wayne Ayers Podcast to talk about the recent cancellations, Nancy and Ace, the upcoming season, and more.

The CW has made quite a few headlines lately, canceling over 10 shows in 2022, with the latest victims being The Flash (with a final 9th season), effectively ending the Arrowverse, and Nancy Drew‘s very own spin-off, Tom Swift, which just aired its final episode on August 2. Despite the numerous cancellations, it hasn’t seemed to affect the morale on set. McMann told Ayers, “I feel so lucky we’re still on the air. I don’t know if the writers are planning for [a cancellation]. That’s definitely not the vibe around set, but we don’t have all the episodes yet. I have no idea how the season ends. As far as I know, I think everybody is planning and hoping to continue the show as long as we’re able to.” We can all breathe a little easier knowing no official news of a final season for Nancy Drew has made headlines.

McMann also confirmed and denied some of our theories and thoughts about the upcoming season. And while we still don’t know what supernatural horror will infect Horseshoe Bay, she divulged some information about the characters and themes:

A lot of the season is about becoming an adult and each of [The Drew Crew’s] own personal journeys in that way. From a career perspective even, they’re all starting their official adult lives in a lot of ways. They’ve moved out of their parents houses if they lived there before. Nancy’s opened her investigator business. George is studying law. Bess is the new Keeper of the Historical Society. Nick is sorta figuring out where he stands with everything now that Nick and George are broken up. Ace just started working at the morgue.

There’s sorta all of these branches that have happened… There’s also the sort of primary mystery of the season which kicks off in the first episode that inherently unites them, and they all will be working together to solve that throughout the season.

RELATED: The CW’s ‘Nancy Drew’: Why We Shouldn’t Worry About Nancy and Ace She didn’t forget about Nancy and Ace, either. When it comes to them, things will certainly be juicy. “I think this is very much a new chapter in their relationship for them in their relationship with each other, and their openness with each other and their ability to lean on each other emotionally is at an all-time high. I think that’s something I’ve really wanted Nancy to be able to have — that experience with someone and to be really emotionally vulnerable with someone else. So, that’s definitely a part of it.”

But if you think you have any idea about what’s going to happen between them this season, think again. She continued, “I think it will be unexpected the way that the writers have kinda taken this curse and what they have to deal with in the terms of their relationship with each other and how to navigate that. I love reading what fans have to say about the show and I read a lot of people’s theories and stuff, and everyone is wrong so far. I think it will be really unexpected and really satisfying. In the nature of our show, it’s incredibly romantic and beautiful and absolutely heart-wrenching and painful and all of the above.”

You can catch Nancy Drew on The CW next year and listen to The Wayne Ayers Podcast at the link below.

Denial of responsibility! Gamers Greade is an automatic aggregator of the all world’s media. In each content, the hyperlink to the primary source is specified. All trademarks belong to their rightful owners, all materials to their authors. If you are the owner of the content and do not want us to publish your materials, please contact us by email – admi[email protected]. The content will be deleted within 24 hours.
0
Share Google News FollowFacebookTwitterEmailWhatsAppReddItPinterestTelegramFacebook MessengerLinkedinTumblr

Original ‘Prey’ developer is working on an unannounced game